With the recapture of the Nasib Border Crossing, both countries hope to see an upturn in the amount of cross border trade writes Hurriya Press 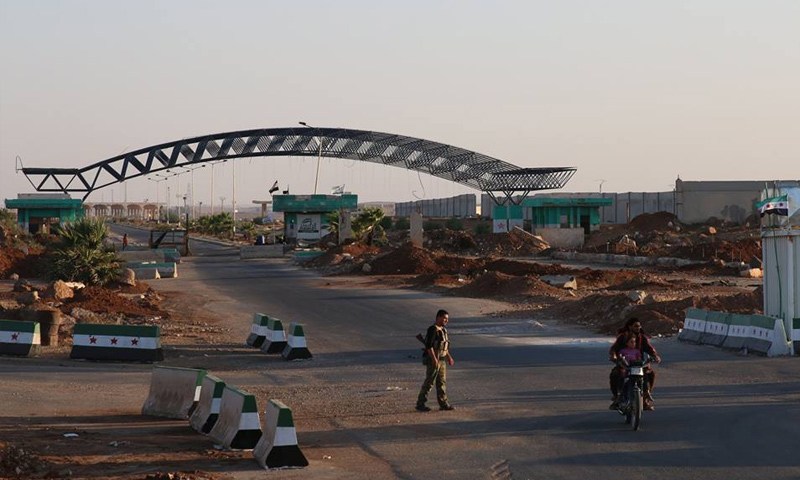 The Assad government received a Jordanian delegation at the invitation of Syrian economic officials in preparation of the restoration of commercial and economic ties between the two countries.

On Wednesday, Jordanian media reported that a number of members of the Jordanian Traders Syndicate met with the regime’s Minister of Trade and Industry in the capital Damascus.

It added that the Jordanian delegation discussed with the Minister and other Syrian officials means of strengthening commercial cooperation, especially after news that the Nasib Border Crossing between the two countries would soon reopen, which would contribute to a large extent to restoring commercial and industrial transactions.

The Assad regime’s Ministry of Internal Trade and Consumer Protection said on its Facebook page on Wednesday that “a meeting was held in Damascus to discuss restoring trade relations between Jordan and Syria.”

It said that the Jordanian delegation expressed its desire to open the border crossings with the Assad regime, especially the Nasib Border Crossing, in order to begin to restore commercial exchange, including all agricultural and industrial sectors.

On Sunday, Anmar Al-Khasawneh, the Secretary General of the Jordanian Transport Ministry, announced that a meeting for specific local parties was planned to go to Syria next week, after the two sides expressed their desire to open the Nasib Border Crossing in the near future.

Khasawneh said that this meeting would be followed by the arranging of another meeting with Syrian counterparts in order to discuss issues related to resumption of traffic in all forms, after concluding the necessary local arrangements, adding that Jordan was ready to resume traffic with the Assad regime and was waiting to receive a written request from the government.

The Jordanian official stressed that safety and security of carriers was a top priority for the government.

Assad regime forces took control of the Nasib Border Crossing on Jul. 6, 2018, after reaching a deal with opposition groups under Russian sponsorship.

The Nasib Border Crossing is one of the most important land crossings, especially for “transit” shipping, and likewise for Jordan, which put pressure on the rebel groups to reopen the border in order to benefit from its economic returns.