Firas Tlass, the son of the former Syrian Defense Minister, has called on rebel groups to lay down their arms and allow regime, Russian and Turkish military police to enter Idleb reports Etihad Press 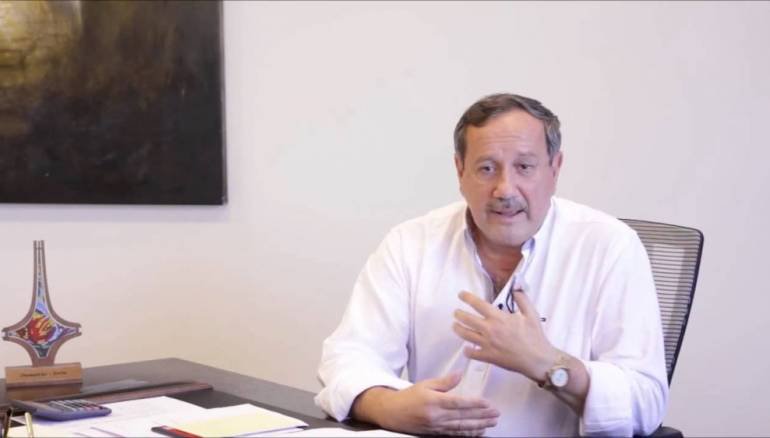 Firas Tlass, the son of the former Syrian Defense Minister Mustafa Tlass, spoke in an audio recording about Russian-Turkish discussions which would allow Russian and Turkish military police and regime civilian police to enter Idleb and then deliver the province to the regime. Tlass called on the rebel groups in the area to surrender the region to the regime and withdraw, because the plan requires it.

Tlass claimed that the plan called for the expulsion of Al-Nusra Front and the Jund al-Aqsa and al-Turkestan factions to the areas under the control of what he called the Kurdish militias, noting that the Syrian Demoratic Forces were at their forefront.

Tlass said that Turkey was putting pressure on Jund al-Aqsa and al-Turkestan to fight Kurdish forces and to expel these groups to the area between Jarablus and Al-Bab Al-Rai’e, and that the Russians have reservations about this.

Tlass said that expelling these groups to Kurdish areas will create a new Islamic State, leading to a Turkish alliance with the regime, and the Americans agreeing to the regime taking control of Kurdish-controlled areas.

Tlass recommended that the rebel groups avoid “heroics” and expressed his hope that civil society leaders in Idleb would communicate with Turkey to be part of the dialogue, as well as his hope that civilians would be safe. He warned against Idleb falling victim to the stubbornness of Tahrir al-Sham and Russia.

Tlass has previously discussed in an audio message the fate of his hometown al-Rastan, in which he addressed the head of the regime intelligence agencies in the city and told him that in an effort to preserve the dignity of Syrians, he was in touch with the Russians at Hemeimeem Base and with rebel groups in the area and said in the recording at the time: “If security is achieved in northern Homs and the southern Hama countryside, it can be a role model.”