SJAC interviews Dr. Daniel Serwer, who brings his expertise to bear upon issues of transitional justice in Syria. Dr. Serwer is a Professor of Conflict Management, as well as a Senior Fellow at the Center for Transatlantic Relations, at the Johns Hopkins School of Advanced International Studies. 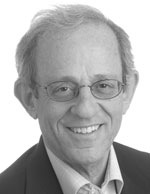 This week the SJAC interviews Dr. Daniel Serwer, who brings his expertise to bear upon issues of transitional justice in Syria. Dr. Serwer is a Professor of Conflict Management, as well as a Senior Fellow at the Center for Transatlantic Relations, at the Johns Hopkins School of Advanced International Studies.  He is also a Scholar at the Middle East Institute and served twice as a Vice President at the United States Institute of Peace. Dr. Serwer was the Executive Director of the Hamilton/Baker Iraq Study Group and has worked on preventing interethnic and sectarian conflict in Iraq and has facilitated dialogue between Serbs and Albanians in the Balkans. He blogs at peacefare.net.

Q. The conflict in Syria has been described as possibly the most well-documented modern conflict. Is this an important fact, do you think it will have any significance going forward?

DS:  I do think documentation is important, as it will limit factual disputes in the future and may provide some basis for future efforts at justice and reconciliation.  Documentation also helps to sustain international interest, which has been less than the revolutionaries might like but more than would have existed otherwise.

But it is also important to recognize that not all the documentation being collected will be relevant to questions of individual responsibility or meet the standards required in a court.  Judicial standards are very exacting.  To meet them will require preservation of sites and government records in Syria.  That may be very difficult, depending on how the end of the Assad regime comes about.

Q. By now, the scale and scope of killings and violations of international law in Syria is incredibly serious. Although truth and reconciliation efforts typically start once a violent conflict has come to an end, what can Syrian groups do now in preparation for post-conflict peace-time with, especially with regards to accountability?

DS:  The important thing is to give the Syrian population a clear picture of what they can expect.  If that is not available, you may see revenge killing and migration of some populations, due to fear.  I also think it is important to establish inclusive governance structures at the local level.  The local administrative councils in liberated areas have the potential to bridge sectarian and ethnic divides and focus attention on cross-cutting issues of concern to all Syrians:  security, water, food, shelter and other basic services.

Q. In previous work you have led efforts to prevent inter ethnic and sectarian conflict in Iraq and facilitated dialogue between Serbs and Albanians in the Balkans. To what degree do you see sectarian tensions as an obstacle to Syria’s transition, and what can be done about it?

DS: Many Syrians are rightly proud of their nonsectarian attitudes.  But in war and post-war situations, people tend to seek refuge with “their own kind.”  The regime has consciously driven the war in a sectarian direction, and some in the opposition have responded in kind.  Sectarian tensions—and actions—could be a very serious obstacle to Syria’s transition.  Revenge killing is more the rule than the exception in revolutionary situations.

The main things to be done are outreach and dialogue.  People who have lived under autocracy have often lost the ability to communicate freely and openly.  The new leadership will need to cultivate its relations with those Syrians who did not join the revolution, reaching out to reassure them and invite their participation.  I have never seen a post-war situation in which too much effort has gone into promoting outreach and cross-sectarian, cross-ethnic dialogue.

But there may also be a need for some sort of international force to help in protecting particular minorities.  I know Syrians don’t like to hear it, but there will likely be a chaotic situation in post-Assad Syria, with many different forces jockeying for predominance.  That is a very dangerous situation for civilians in general and minorities in particular.  The failure to organize a demobilization and reintegration effort for the militias in Libya has hampered its transition to democracy.  Reform of the security sector can be done by the Syrians themselves, but a bit of international assistance might speed the process.

The fighters will not however want to demobilize unless they have something to go to.  Stabilizing the economy and creating jobs will be an important priority.  The best way to do this is through local reconstruction efforts, not major World Bank projects, which take a long time to start up.  Getting funding and decisionmaking to the local level is not easy, especially if the security situation remains perilous.

Economic recovery could well be limited by property disputes, which are common in post-war situations.  Setting up a relatively quick administrative mechanism to adjudicate property claims could help to reduce social frictions.

The main thing is for Syrians to be thinking about these options and making their own decisions.  Nothing will work well without local ownership.

Q. Do you see any past models for transition that could be usefully applicable for Syria, particularly those that have worked to protect minorities?

DS:  There are obvious analogies to Iraq (which has some of the same ethnic and sectarian groups as Syria).  That is not a happy model.  The “peace committees” in South Africa were particularly effective in bridging the racial divide there.  But each situation is unique.  I would worry less about finding past models and more about dealing with the particularities of Syria.

Q. Much has been made of the prospect of ICC referral of Syria by the Security Council. Unlikely as that may look now, what do you think would be the outcome of such a process?

DS: I would be in favor.  I think referral would give second-tier supporters of Bashar al Assad something to think about, even if it would make him even more resistant to giving in.  But he isn’t going to give in unless he sees the regime crumbling, so I would focus on making it crumble.

Q. What would be the key differences, if any, that you would expect between a more negotiated transition in which some regime members remain in the government versus a more complete rebuilding of the government?