Lately, Razan Zaitouneh has been the target of many threats and accusations of treason originating not only from the regime, but also from the Syrian rebels 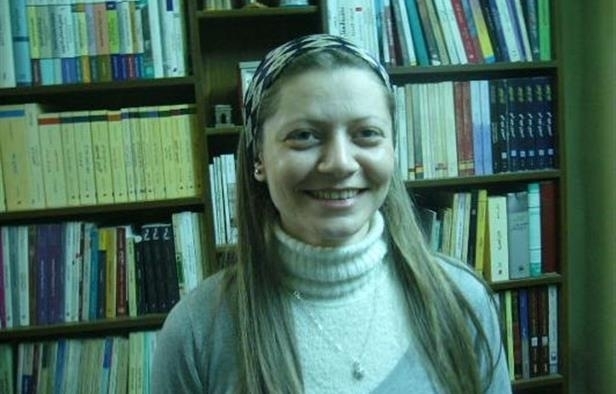 Since the start of the Syrian revolution, human rights activist Razan Zaitouneh  was forced to go into hiding for her media coverage of the Assad regime's arrests, torture, murder, and harassment against the Syrian people. Zaitouneh  is also a founding member of Syria’s local coordination committees, which were established in early April 2011.

Lately, Razan Zaitouneh  has been the target of many threats and accusations of treason originating not only from the regime, but also from the Syrian rebels.

NOW: What are these latest threats about?

Razan Zaitouneh : We are in a revolution, and there is chaos and insecurity. But in other regions of Syria, activists are exposed to far more than threats and accusations of treason. What is special about Eastern Ghouta is that civil movements are still active in it. It is also one of the liberated regions with the lowest rate of security incidents… Opposition brigades here are operating cohesively, and the vast majority of fighters are natives of the liberated cities and villages, with few strangers (ISIS and others) up until now.

In spite of all the mistakes made so far, Eastern Ghouta is the brightest example of the Syrian revolution. This is why we say ‘do not leave Ghouta to meet its face alone.’ Indeed, the forces in it need to be consolidated so that they are able to face the negative elements confronted by the remaining liberated regions.

In any case, some have yet to take advantage of the lessons learned from the revolution and believe they can force [people] to adopt one opinion and speak with the same voice [as was the case under the Assad regime]. This is impossible as one cannot go back in time. These people will fall just like the regime fell. The regime’s threats, arrests, and assassinations targeting thousands of activists have neither stopped nor hindered the revolution. Why, then, do some believe that such practices would allow them to impose their vision and plans?

NOW: Does protecting civil society provide you with enough immunity in the face of these threats?

Zaitouneh : Protection in the midst of the revolution for a civilian with no “military backing” [such as myself] is unrealistic, but what is important is the astonishing and widespread solidarity by civil figures and people on the ground. I feel a “symbolic” strength, which may not be able to withstand physical threats but is able to face all kinds of setbacks and provide whole cities with the energy needed to go on until the last stand. Civilians provide support for other civilians. The strong solidarity among civil figures, and between these figures and the population, is an essential guarantee to initiate reforms from within the revolution to address negative points and severe mistakes. It is primarily a strength and guarantee for these figures.

Even on the military level, various brigades and battalions are showing solidarity from one end of Ghouta to the other.

Personally, I am extremely grateful to all the friends who have started the solidarity campaign domestically and abroad. I can never thank them enough. To all the local councils, offices, and activists who have taken part in this campaign, I am grateful for the hope and love they have bestowed upon me.

NOW: Are there extremist factions, such as ISIS, al-Nusra Front, and others in the Eastern Ghouta?

The al-Nusra Front is present and ISIS has lately had a modest presence as well. I have yet to hear that any of these factions have reacted to the presence of ISIS in Eastern Ghouta. I don’t know how they are going to deal with it, especially given the latest developments in Azaz and elsewhere. I believe that the people are counting on their Free Syrian Army to deal with the matter early on before it is too late.

It is not easy for various brigades to leave their respective fronts and get involved in side battles. This is totally understandable especially as most of them suffer from a lack of support. This is most true for those brigades and battalions with no agenda other than toppling the regime. Most of them are not even able to pay their fighters’ salaries. Those who fear the chaos and terrorism spread by ISIS have to do something to help these forces to go on instead of mourning and condemning the revolution.

NOW: What kind of activities have you been undertaking lately in Ghouta?

Zaitouneh : I am personally “living” in Eastern Ghouta in my capacity as a citizen in a liberated region of my country. My activity is twofold. The first part is in the Center for Documentation of Violations in Syria, where field reports are drafted regarding the situation in the region, including the report on the chemical attack and others. The second part is to support the services sector in the region to help the population face the siege imposed by the regime in an attempt to force it to yield. Ghouta is withering, and its fauna and flora are heading to disaster. Hunger and diseases are threatening thousands of people. Some things may help to partially alleviate the effects of the siege, enable the population to resist it, and lift some of the burden off the shoulders of fighters on various fronts.

Problems in other liberated regions were allowed to exacerbate before any attempts to control them were made, leading to almost complete deficiency. There is a chance today in Ghouta, which is the gateway to Damascus, to try to address these issues as best as possible so that the region can be strong enough to face the worst. The National Coalition has to provide a comprehensive project for the Ghouta area. Donors have to dedicate a sizeable portion of their activity to help this region stand fast. For instance, finding solutions for garbage – costly though this may be – remains less expensive than treating diseases and epidemics [after they occur]. Helping local councils manage affairs their regions will be less costly than addressing the chaos resulting from the inefficiency of these councils. This holds true for everything else.

NOW: Are you afraid now? Do you have any regrets? Are you thinking about leaving?

Zaitouneh :  I am not afraid, but I had a lot of bitterness at first. I thought for a while about leaving to a place where I would be isolated and still be able to continue the action I started, but it was nothing more than a moment of depression. I am not on a “mission” here. As I said, I live here. And when there is nothing left to do, I shall close my door and stay in my house in the liberated area of my country… Moreover, I have emotional ties to dozens of friends whom I cannot tell how much I love them, how much I love the revolution in them, and how I see Syria in their eyes…

Let no one even think about fishing in troubled waters. And by condemning our revolution due to some events in it – some of which are truly disastrous as is the case in Raqqa and Azaz – it is a miracle that, after two-and-a-half years, this lone revolution is still ongoing and standing fast. Some of its heroes have been martyred, others are still under arrest, and others still are active on various fronts or busy undertaking their civil, rescue, and service activities.