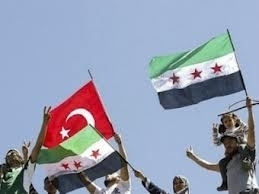 There is an increasing fear among Syrians [in Turkey] of the possibility that they might be expelled if the Justice and Development Party loses the elections and the Republican People's Party (CHP) wins, since the Republicans are close to the Syrian regime and have supported it since the outbreak of the revolution.

Why does Turkey prevent Syrians from owning property? Why has it excluded them with the law that was reformed last year? Why doesn’t Turkey give Syrians a permanent residency, as European countries do? Why can’t they become citizens after five years of residency?

What are the influences of Erdogan’s changing foreign policy on Syrians— especially after his visit to Moscow and Tehran? Is it possible that Tehran may lead conciliation between Ankara and Damascus, as reported by some media agencies, and that the price might be the Syrian people?

In order to try to answer these questions, we met the expert in Turkish affairs, Abdulkadir Abdilli, who has translated more than 50 books from Turkish to Arabic.

Q: Some people see in Erdogan's visits to Moscow and Tehran a sign of a change in the Turkish position toward the Syrian revolution. Do you agree with this view?

A: The change of positions depends on signs, not on expectations and dreams. What are the signs of change in the Turkish position? The visits? These are not signs of change—there have been visits between these three countries since the outbreak of the Syrian crisis, they are continuous and they will continue. If we considered them to be signs, [then Turkey’s] positions would have changed since the early months [of the uprising]. The news about a change in the Turkish position comes from Iranian sources, but this is the tenth time we’ve heard such news. It is true that some Iranian parliament members said that Turkey admitted its defeat, and it wants to draw back, using Iran as a mediator. A while ago, one of the international news agencies reported a fake statement from Turkish president Abdullah Gul in which he said that Turkey will change its policy toward Syria. So there have been some people trying to promote this position throughout the last two years. This demonstrates the insistent Iranian desire to change the Turkish position. There is a desire, but there are no signs currently.

Syrians as an electoral propaganda

Q: Are the Syrian residents and refugees going to be influenced by the electoral campaign? As an electoral propaganda, I mean.

A: The electoral campaign in Turkey is at its peak now, but there are no signs of using Syrians as an electoral propaganda so far. Months ago, the head of the Republican People's Party Kemal Kılıçdaroğlu claimed that the government is giving Syrians Turkish citizenship to get their votes in the election. And he claimed that he has evidence of some cases. But this claim was soon withdrawn from circulation, since it was funny to think that ten or fifteen voters among tens of millions of others may have any influence at all. This party showed some positive signs later when it condemned torture in Syrian prisons and asked the international community to take the needed measures towards it, especially after the leak of pictures of eleven thousand victims killed by torture. Actually, the CHP went further when they accused Erdogan of supporting Assad through support for his ally, Iran.

The Syrian issue was used effectively in the last elections, but it is rarely used now since the Justice and Development Party doesn’t use it at all. Perhaps the nature of municipal elections requires this. Everybody in Turkey, both the supporters and the opponents of Erdogan, say that these elections are going to be a crucial political point in Turkish policy because these elections will indicate whether the popularity of the Justice and Development Party is the same or not. But these are municipal elections, so the promises related to services remain the main part of the electoral campaigns—the Syrian issue is almost absent here.

The danger of the elections

Q: If the Republican People's Party won the elections, what are the changes you expect in the situation of Syrians in Turkey and what might be the impacts on the revolution?

A: This is one of the most controversial questions to be raised. The national and sectarian background of this party's president, in addition to his Alawite supporters, are the main source of Syrians’ fear. But Turkey is an institutional country, it cannot be compared to Egypt, where a coup can turn the whole attitude upside down. Yes, there might be some changes in treatment of the Syrians, but it will not be quite the opposite of the way they are treated now. On the other hand, polls show that even if the Justice and Development Party didn’t keep its current position, neither of the other parties would be able to form the government. This means that turkey will go back to the age of partisan coalitions to form a government of two or more parties. The hypothesis of the Republican party forming the government alone is a very weak hypotheses; if it gained power, it will be along with another party, I mean a coalition government.

No residency for Syrians

Q: What are the conditions to give permanent residency to Syrians in Turkey? And is this one-year-residency considered part of the five years required to get the Turkish citizenship?

A: There is no permanent residency (for Syrians and non-Syrians) in Turkey, there is only a renewable one year residency. As for the nationality law, there is much debate and confusion. This is a legal issue, not a political one, and thus what I am going to say is information collected from lawyers. First, the law that allows residents (whose residency exceeded five years) to apply for Turkish nationality is not activated yet, and it will be activated in April 2014. To apply for Turkish nationality doesn’t mean to get it, the judiciary will decide whether to accept or reject the application. Second, the residency given to most Syrians doesn’t meet the conditions of residency law, the resident should have a work contract or a study visa in order for his residency to be taken into consideration. That kind of residency requires paying an annual tax. Unfortunately, rumors around these matters are circulated frequently and wishes try to overcome reality.

The Syrian money and property in Turkey

Q: Is there any change in the law that prevents Syrians from [owning] property in Turkey? Did Turkey benefit from Syrian money?

A: Only a year and a half has passed since the law of property was modified in Turkey—the law excluded Syrians—and the laws before the modification also excluded Syrians and there are no signs that this is going to change.

Because of this law, Turkey didn’t benefit from Syrian money, it was rather a path for the money of Aleppo businessmen. Many Syrian businessmen came to Turkey after the outbreak of violence in Syria, but most of them left the country because of the property law. Some say that if you established a company in Turkey, you can have property, but this is untrue. Unfortunately, this issue became a subject for fraud and many Syrians lost a lot of their savings from it. Actually, this money went to the Turkish mafia, not to the government. The Turkish government didn’t plan to benefit from Syrians money while it could have done so. The government could have issued some laws to facilitate the investment of Syrian money with specific conditions—such as [stipulating that] investment should be in a specific industrial or touristic area in some specific governorates—but it didn’t do that, perhaps because it wanted to avoid suspicions about exploiting Syrian capital. Or maybe it didn’t expect that the crisis would last for such a long time.