Hadi al-Bahra said: "We have to concentrate on Syria to solve the problem with a comprehensive political solution which provides peace" 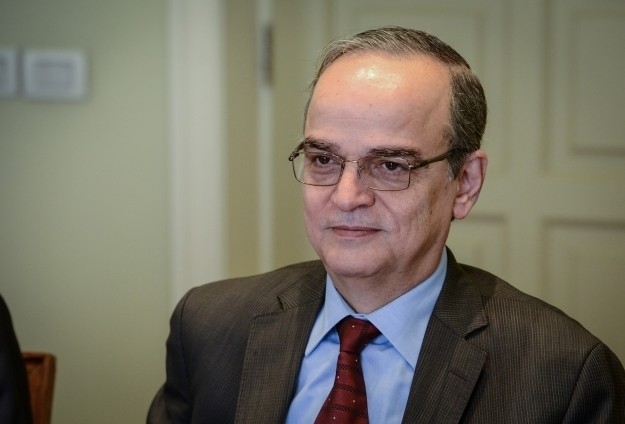 The new president of the Syrian National Coalition supports a "comprehensive" political solution for ending the Syrian crisis.

The Syrian National Coalition is a group of opposition factions battling to topple Syrian President Bashar al-Assad. The group was founded in Doha, Qatar, in November 2012, to set up an inclusive leadership for the opposition.

In an exclusive interview with the Anadolu Agency on Friday in the Turkish capital, Ankara, Hadi al-Bahra said: "We have to concentrate on Syria to solve the problem with a comprehensive political solution which provides peace."

Bahra added the conflict in Syria not only threatened regional countries, but it also posed a big risk for international security.

Touching upon a UN action plan to establish "freeze zones" in the country to provide an environment for truce, Bahra said: "We look forward the efforts of [UN mediator Staffan] de Mistura, but we need to look at it in details."

De Mistura, the UN special envoy for Syria, proposed last month the establishment of zones in specific cities and provinces of Syria to pause the fighting to let humanitarian efforts into the country.

Russian Foreign Minister Sergei Lavrov has expressed support for de Mistura's efforts, saying, "It is important to find the right conditions to reach a political solution in Syria, but it is the Syrian people who have the last word."

Stating that Russia keeps supporting the Assad regime in military terms, Bahra said: "We are looking forward to a change in the Russian position to push and press on the Syrian regime to move for a political resolution."

More than 190,000 people have been killed in Syria since the conflict between the regime and opposition forces began in early 2011, according to UN figures published in August.