Speaking to Sada al-Sham, the Syrian rights activist and journalist rules out a democratic transition in Syria with the presence of Assad 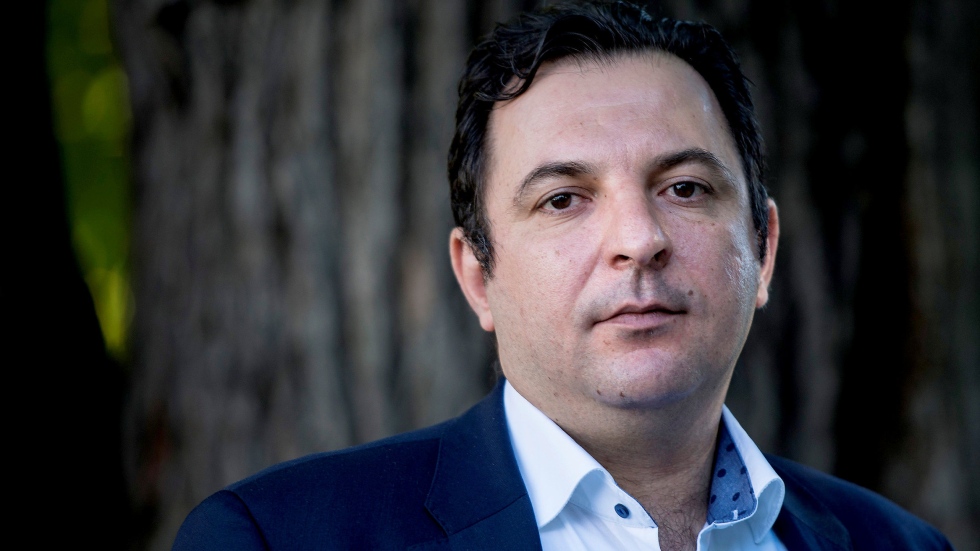 In an interview with Sada al-Sham, Marzen Darwish, head of the Syrian Center for Media and Freedom of Expression, who was arrested in August 2012 for opposing the regime's repressive policies and released in 2015 following European pressure, stressed the impossibility of ignoring the crimes and violations which the regime has committed in Syria, saying that there was an attempt by a number of parties to do so, led by the Syrian regime.
The following are excerpts from the interview:

Despite developments on the political level, represented by the Geneva and Astana talks, and likewise the military level through de-escalation agreements, the issue of prisoners and the missing is still frozen. Why is this issue absent when discussing the Syrian solution?

Unfortunately, international interests intersect and overlap with interests of warlords. The international parties active in the Syrian issue are not concerned with a solution or with addressing humanitarian issues, or likewise with issues of freedom and democracy, but rather with achieving their interests on the ground. In international circles, the approach of the solution is tied to fighting terrorism and eliminating the Islamic State organization and with the geopolitical interests of all parties, and therefore the absence of this (prisoners and missing persons) file can be explained in two ways: intentional and unintentional.

In the same context, recently we have seen prisoner exchange deals between the regime and opposition which have not included a large number of prisoners of conscience. Why?

As long as negotiations are being conducted between warlords, as we indicated, it is natural that they will release militants. What is being conducted today is just a prisoner exchange, and therefore the issue of prisoners as a national issue is entirely absent.

So we may not see in the near future any movement on this issue. Are you afraid it could be ignored completely?

Definitely. This issue cannot be ignored or delayed. This issue affects every family and every household in Syria. While the regime believes it can conclude any deal or political settlement without a just solution or without fully addressing the humanitarian file, I say this will not happen.

Regarding our fears as rights activists, I say our fears and the fears of all Syrians are legitimate, because they are not born of delusions but as a result of serious attempts by the regime and regional and international parties to try to ignore this issue.

This issue is real and we fight it daily on the local and international level. But these types of crimes could take a long time to make progress on.

Whenever the severity of the military conflict recedes, we have a greater chance to address the issue of prisoners, because its truth will appear then. It is not possible during the war for there to be a realistic and real assessment to estimate the extent of the humanitarian disaster in this respect.

In the Syrian Center for Media and Freedom of Expression or other opposition human rights centers, do you have statistics — even if approximate — for what may be the number of Syrian prisoners and missing?

I'm not going to get into the numbers game at all, because it is a trap in the human rights sense, and in the national sense. We know full well that we are talking about thousands.

Therefore, in light of the absence of cooperation between all parties and the absence of precise statistics, and likewise the absence of an authority which respects the law, and the presence of a regime that is carrying out war crimes and crimes against humanity, we believe that specifying a number is an unwise decision.

Beyond that, no international, regional or local party can today talk about precise numbers of missing, arrested and kidnapped.

This issue may need a national independent authority concerned with missing and prisoners. Why has such a legal body not been established in cooperation with you as opposition rights activists?

Because the regime is primarily the main perpetrator of most of these crimes. Put another way, forming this sort of authority requires the acknowledgement and acceptance of all parties — that is, national consensus in the general sense to facilitate its work inside the country, such as visiting prisons for documentation. The natural question here is: Would the regime permit this?

As for the legal centers, they have and continue to document such cases from the first days in a professional manner, done well to the greatest extent possible, but at the same time we cannot be active in regime areas or even opposition areas.

Speaking of the national consensus and political solution, international entities have begun to promote President Bashar al-Assad remaining at the head of authority for a period — if so, would this lead to an absence of justice and accountability, because it is unlikely he could be an opponent and judge at the same time?

Naturally Assad and the regime remaining would hinder these issues, but is this issue realistic and likely to be achieved in the medium and long term? I think this is impossible.

It is impossible to reach a Syrian political solution which can survive and be sustained or to reach a social peace without holding to account those who carried out war crimes, and without a real democratic transition, or without progress in the path of justice to reach national reconciliation.

This may not be possible, but perhaps international interests will have a higher say in the Syrian solution?

Never. Even if this occurs, these crimes are not subject to a statute of limitations. It is impossible to have settlements based on ignoring them, locally, regionally or internationally.

Achieving national reconciliation under force of arms is impossible. I won't repeat what I said previously when I said that these crimes affect and cause suffering for every household in Syria. Will hundreds of thousands of mothers abandon the rights of their children?

It is possible a specific situation can be imposed under military force, but this situation will not last indefinitely.

But they have lasted or still exist in countries that have undergone similar experiences as Syria, and we have countries in Eastern Europe like this.

It is being promoted as well that Assad's survival will be subject to election results. Is it possible that these elections could be held without the participation of Syrian refugees in the diaspora?

So far there is no political agreement indicating this explicitly, but all signs issued, especially from the United Nations and the office of the U.N. envoy to Syria, Staffan de Mistura, talk about guaranteeing refugees' rights, including participation in elections. This is something necessary.

Will you participate in the Geneva talks?

Yes, we participate as a part of civil society, although civil society is not present at the negotiating table.

What is your role then?

We try as civil society to play an observer role, and to create a balance between the interests of parties to the conflict and the interests of the Syrian citizen in the framework of Syrian national interests in general.

The role of civil society is to guarantee that the negotiating outcomes are appropriate to the largest extent with the demands of the Syrian people.

At the start of this month, the European Union announced it was increasing its support for investigations into war crimes in Syria. Will this support be limited to financial support, or is it accompanied by political cover?

The U.N. General Assembly approved an independent international mechanism to prepare files to be presented before the courts for accountability, that is, we have today a legitimate institution in the international sense with a resolution from the Assembly.

From here the EU’s participation is a contribution from the financial side, covering expenses of this international agency, and since it is financially committed, it is committed to the content of its work and the need to activate it.

Is it possible that you will return to Syria soon to lead the Syrian Center for Media and Freedom of Expression from inside again?

As for the Center, it is continuing to work from inside and has not stopped its work, whether in regime or opposition areas.

During the course of the Center’s work since, which has been licensed in France since 2004, it has been exposed to many tremors which may have influenced its work, and I and my other colleagues have been arrested.

Today we and other centers are managing a number of files and suits in European courts against the Syrian regime and its security agencies and Sadnaya prison. Our task could be frustrating and long because of the humiliation we are exposed to from the international justice system, but it must continue, and needs to survive. This is our responsibility as Syrians before it is an international responsibility.

Regarding Razan Zeitouneh, what is the latest information you have about her location and whether she is still alive? And what steps are you taking regarding her and other prisoners?

Unfortunately, there is no cooperation from the parties controlling the area there. Today we are in the process of preparing the legal papers in order to mobilize the French and international judiciary in this issue.