Zaman al-Wasl interviews the opposition figure about the developments on the Syrian stage following the recent U.N. General Assembly 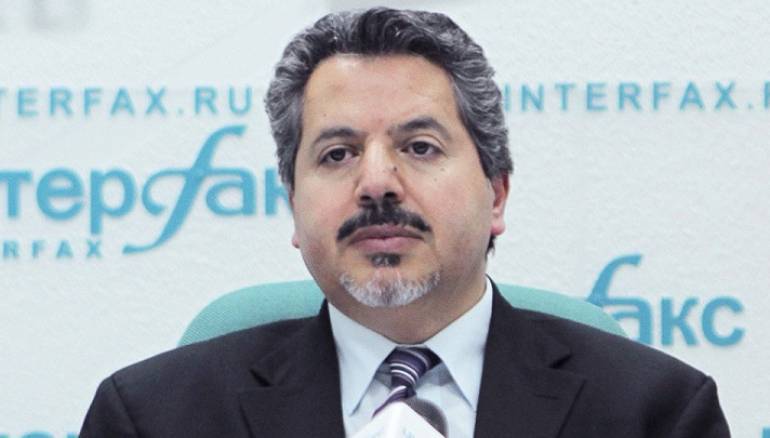 The Syrian National Coalition's representative in Washington has revealed the outcomes of the opposition High Negotiation Committee's meeting with Western officials following the United Nations General Assembly in September.

Najib Ghadban said the European Union's foreign policy chief Federica Mogherin appeared more lenient with the regime of Syrian President Bashar al-Assad by proposing a reconstruction project for Syria in regime-controlled areas. Ghadban did, however, confirm that the American stance regarding Assad is still strong.

He also pointed out that Moscow's view remains unchanged concerning the political process in Syria, indicating that Assad shall stay during a transitional period with the right to run in future presidential elections.

Below is an interview Zaman al-Wasl conducted with the opposition figure:

Has the HNC received promises of assistance and support (for the opposition) from the United Nations, the European Union or other countries?

There was no direct financial support for the HNC, but some EU organizations confirmed that they will continue their support even in areas controlled by Hay'at Tahrir al-Sham.

Everyone is wondering about the American stance regarding Syria. What is the truth of this stance?

I do not think that the American stance has weakened in Syria. Washington stressed that the reconstruction project is linked to the political transition, which was talked about by the EU [High Representative] Federica Mogherini in the last meeting of the Friends of Syria group in New York. However, Mogherini's stance is lenient toward working on starting reconstruction in regime-controlled areas.

Did America delegate Syria to Russia?

There is an official basis for this perception, but there are analysts which consider this to be true in terms of the American position. But through our follow-up to what is happening here in Washington, on the contrary, Washington has a firmer position regarding Assad.

In your opinion, what is America's strategy in Syria?

I think Washington wants to exhaust all Syrian forces to impose a solution. It does not want to pay a heavy price in the Syrian conflict, except for its priority to fight the Islamic State [ISIS].

Could there be American-Iranian-Russian coordination in Syria?

This is unlikely in the view of the United States. They can work together with Russia in Syria, but with Iran it does not seem possible, especially as U.S. President Donald Trump began to escalate against Iran in his last speech at the General Assembly.

What will be the outcomes of Riyadh II conference?

The truth is that no one has a vision for Riyadh II, except Saudi Arabia, who seems to have a complete vision of what is to be achieved in Riyad II.

Are there international guarantees beyond Riyadh II for a serious and binding negotiation with the regime?

This specific question was discussed with U.N. Secretary-General Antonio Guterres, who invited us to work with the Moscow platform.