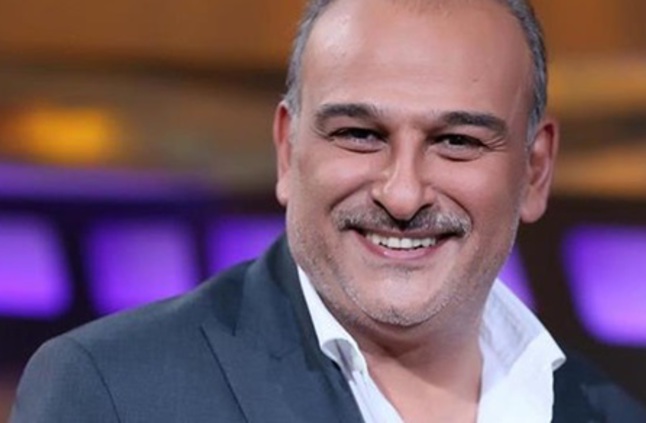 Representative of the Syrian opposition’s Cairo platform Jamal Suleiman said that his group aims to do away with a system of oppression and establish a democratic state through a political solution in Syria which achieves the aims of the real revolution.

Speaking in an interview with All4Syria, Suleiman said that those who participated at the 2015 Cairo conferences were supporters of a political solution within the framework of a Syrian national determinant.

“They had clear and direct positions on the oppressive system that led the country to where it is today, and also had clear and explicit positions on militarization and Islamization, which have harmed the revolution and hidden its rightful voice calling for the downfall of oppression and the establishment of a democratic state. It transformed it from a revolution calling for freedom, dignity and justice to a regional and international war occurring on Syrian territory with the blood of the Syrian people.”

He added that members of the platform are committed to a just political solution. “But objectively this requires an international and regional understanding, led by a Russian-American understanding — and this is not yet available — and a Syrian opposition united around a harmonious vision and reading through which it can enter the negotiating process, and this also has not matured. For that reason, we still stand before a difficult and ambiguous road,” he explained.

Regarding the negotiations in Astana and Geneva and the political process regarding Syria, the opposition figure said that those in the Cairo conference do not consider the military card to be a political card used in or outside Geneva, and stressed that it is not the way to establish a democratic system.

In this respect, he said, rebel groups “did not consider us real opposition according to their standards. The leaders of these groups were considering us traitors for merely visiting Moscow and meeting with any Russian official… However, they today, under pressure of the Russian military machine and the confusion of their backers, are agreeing to deals with Russian guarantees.”

Regarding these deals, Suleiman said that the Cairo platform welcomed any reduction in tension and killing, but that it had no value if it did not lead to a comprehensive political solution.

Responding to a question about the international disputes around the referendum in Iraqi Kurdistan, Suleiman said that secession and rigid ethnic ideas are not what we need today, but rather a just constitutional formula for coexistence regardless of ethnic roots or sectarian affiliation.

“If we do not succeed in achieving that, we expect nothing but long wars which we will all regret and in which no one will win except those who run them and supply them with weapons and ammunition.”

Regarding the Astana talks, Suleiman said that the Islamization of the armed opposition and the Assad regime’s failure to enact timely reforms had weakened both parties and Syria as a national entity able to manage its own affairs.

“I do not think that the Americans will give the Russians an easy victory and I am not one of those who believe the theory that America has handed the Syrian issue over to Russia. America’s position in the world, its interests and its analysis of Russia’s aims prevent it from doing that. I am one of those who was given great pause by the story of Tomahawk missiles that rained down on Shayrat air base — and this was not an accidental event and nothing like it happened in [former President Barack] Obama’s days. According to my modest understanding, it is the way the new American administration knocks on the door. The disputes that followed confirmed the validity of this reading, that it is a war of wills not related only to the current moment or Syria alone, but with the past, present and future of the conflict between the two powers. Therefore, victories are not easy for either.

“Iran today is in a situation conflicting with the United States, and the front between them is very hot, which makes its need for Russia an existential issue. Therefore, it is trying to maintain the highest gains without going into a conflict with the Russians, taking into consideration that Russia also needs it to annoy America and complicate its calculations,” he said.

What of Syria’s reconstruction?

“Europe — its greatest countries at least — has agreed that it will not contribute to reconstruction unless there is a comprehensive political solution. This is a logical decision because reconstruction requires social peace and the disappearance of armed manifestations and the presence of a government subject to transparent and just laws in order to guide this vast and complicated process,” Suleiman explained.

“All of these things are not present and will not be present except in the event of a political solution based on the Geneva understandings and Resolution 2254. But will Europe stick to what it said? This is something the coming stage will show.”

He pointed to the need to distinguish between reconstruction and offering humanitarian assistance, saying: “This is a logical and necessary distinction, as most Syrians today are in need of aid in order to secure the necessities of their lives and their children’s lives. What guarantees or ensures that the regime will not benefit from the reconstruction process, making it a benefit for its loyalists through using reconstruction money to improve their areas? In the current situation nothing guarantees that. On the contrary, in the current situation, the reconstruction revenues will flow into the pockets of the corrupt class itself that was one of the primary and direct reasons for the revolution.”