Grenade attacks and security incidents are becoming more and more widespread in Syria, as the regime's security agencies remain absent, according to SY-24. 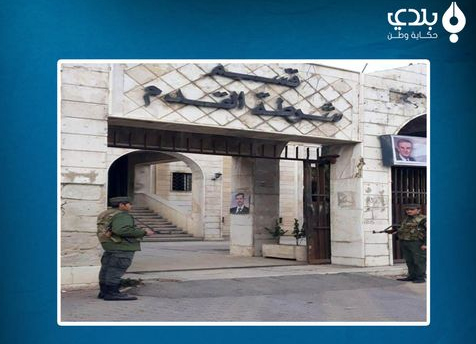 A new security threat, in which residents of regime-controlled areas have used grenades, has prompted some to express their strong condemnation of this “worsening” security lapse. Critics demanded that someone is held accountable for these grenade attacks, describing Syria as a “mafia state.”

In developments followed by the SY-24 platform, a man killed his wife after throwing a grenade outside her father’s house in Damascus. The attack also injured the woman’s brother, mother, and seven other people who were in the area.

According to informed sources, the incident followed a dispute between the man in question and his wife’s mother in the area of Nahr Aisha in Damascus. The sources indicated that the man had tried to commit suicide after causing his wife’s death.

The grenade attack was the third incident of its kind in nearly a week. This latest attack followed the killing of three people outside the Palace of Justice in Tartous a few days ago, as well as an incident on Monday in which a resident of the al-Aziziya neighborhood of Aleppo threatened a police patrol with a grenade.

Many have blamed these incidents, which they described as a “grenade trend,” on the regime and its government, as well as poor living conditions and, most importantly, “moral decay”.

Others mocked this security lapse with the words “grenades are more abundant than potatoes.” Still more joked: “Currently there is a cabinet-level study to add grenades to the ration card so that their work is more organized, and the grenades are only given to those in need!!!”

Others likened the regime’s bomb-infested areas to a “mafia state, a jungle filled with monsters.”

It even extended to Syrian actors, including Qassim Malho, who appealed to the regime and his government through his Facebook account. Malho said: “Addressing the competent authorities, is it possible remove these scattered grenades from the hands of those who are lost? Whenever someone gets in a fight, he throws a grenade… At least three bomb incidents were recorded within one week. You have crossed your limits.”

Reports of any number of crimes have dominated local news, especially theft and now grenade attacks. These trends come amidst the conspicuous absence of the Syrian regime’s security agencies, who might otherwise control the proliferation of weapons or at least confiscate them from criminals. These dangerous events have added to the daily reality of civilian crises in regime-controlled areas.