The numbers circulating about the outmigration of industrialists from Syria to Egypt are exaggerated, as Egypt is far from being a panacea for these investors, according to Al-Watan. 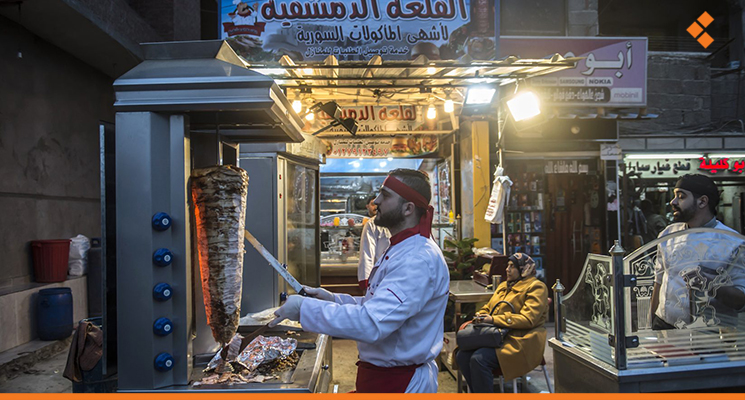 The head of the Aleppo Chamber of Industry, Fares al-Shihabi, confirmed that there is a “great” exaggeration in the numbers of industrialists’ emigration and exploitation of what is going on”. This was in response to the malicious campaign targeting the Syrian industry and its capital Aleppo while relying on figures and statistics unrelated to reality.

Shihabi explained in a statement to al-Watan that the Union of Syrian Chambers of Industry “confirms the existence of a great exaggeration in the immigration figures and the inaccuracy of what was announced. Some address the topic with emotional motives and others use the matter for suspicious reasons to incite the people who are suffering bad living conditions and a lack of services.”

“But this does not deny that we are facing a real and catastrophic upcoming problem if we do not act quickly. The Syrian industrialists are facing daily pressure due to several obstacles and accumulated factors. If they consider immigration and start exploring its prospects, they do not wish to leave their country behind. Instead of questioning the figures, we must work hard with the government partner as a team to overcome difficulties and remove obstacles, as well as implement the decisions and recommendations adopted at the last industrial conference in Aleppo, in 2018. Syria, despite everything, remains the best place for industrial investment, and our biggest concern is to return those who were forced to leave.”

He stated, stressing the need to implement the decisions of the third industrial conference, the most important obstacles for economic development, and for achieving the “Hope to Action” slogan. These obstacles include “no one can deny the existence of great tension in the economic street and the decrease of investment confidence to its lowest levels due to recent campaigns and pressures. In turn, they caused significant panic among the business community at home and abroad alike. The issuance of modern and automated tax legislation that has been waiting for years must be accelerated. This will mitigate human error in assessing the volume of work and reduces exploitations”.

According to Snack Syrian, president of the Damascus Chamber of Industry and its countryside Samer al-Debs, said in a post on his Facebook page, the issue of the  Syrian industrialists’ migration to Egypt is exaggerated. The numbers mentioned on social media and groups are far from reality as they are imaginary numbers from alleged immigrants.

Ammar al-Sabbagh, a Syrian businessman and secretary-general of the Syrian community in Egypt, confirmed that the community administration, after media dramatization, has been monitoring the news of this phenomenon of Syrian immigration to Egypt for more than a month.

The Community Administration found that this talk is mostly limited to the youth group who are studying or working for one year to pay compulsory service allowance in Syria, a subject that is followed by the community administration accurately.

Sabbagh explained that the establishment of businesses in Egypt is currently facing great difficulties despite “bright promises”. The establishment of business in Egypt requires a very large mass of capital that only large venture capitalists, who establish businesses in several countries as an investment method and not as organized migration for small and medium-sized factory owners, can do.

Sabbagh added, “There exists no land of dreams, only big investments like all the countries in the world. These investments are subjected to harsh conditions and regulations in the field of environment and costly fire systems. In addition to the fact that labor, energy resources, and electricity have become pricier than before and not as promoted.”