Iran has lost out in economic competition to Russia and other countries in Syria, according to the deputy chairman of the Syrian-Iranian Chamber of Commerce, Asharq al-Awsat reports. 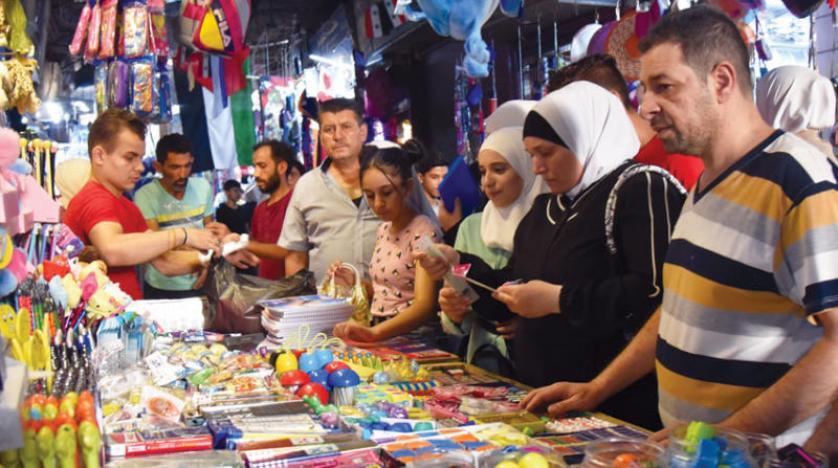 Iran has lost out in economic competition to Russia and other countries in Syria, according to the deputy chairman of the Syrian-Iranian Chamber of Commerce.

Speaking to ILNA news agency, Ali Asghar Zebardast admitted that the “same thing which happened in Iraq would also happen in Syria. Russia will win the economic benefit in Syria.”

He pointed out that Turkey has the upper hand in trade with Iraq.

He explained that Syrian businessmen include those who do not support Bashar al-Assad and trade mainly with Jordan and other Arab countries, and those who back his government and are more likely to do business with Iran.

But Russia is getting the lion’s share of rebuilding projects.

The statements of the Iranian official indirectly revealed that the Syrian society rejects the Iranian presence, including the groups most loyal to the regime, as they prefer the Russian presence.

Most Syrians tend to head towards the Arab environment, unofficial economic sources in Damascus told Asharq al-Awsat, noting that Syrians generally do not accept Iranian goods in some Syrian markets.

Iranian goods are popular in Shiite populated areas and are rare in markets in central Damascus.

The sources pointed out that some merchants resort to concealing the country of origin of the product and the Persian inscription to promote their goods.

Zebardast also indicated that trade with Syria was dismal, and to boost Iran’s image as a trading partner, “an exhibition has been organized to take place in Damascus in November.”

The official described economic relations with Syria as “slow,” blaming the Syrian side for this, saying that “Syria’s economic benefits go to Russia as well as other countries.”

The annual trade volume between Iran and Syria is estimated between $170 and $180 million, and Tehran aspires to double that in the coming years.

The Trade Promotion Organization of Iran has devised a plan to export $400 million of goods to Syria, in exchange for $100 million in imports in 2023, provided that the remainder of the target volume includes the expansion of the export of technical and engineering services to Syria.

The amount of smuggled goods entering Syria from Turkey is very high, considering that the absence of a land border between Syria and Iran negatively affects trade exchange and the transit of goods.

Zebardast also discussed transportation difficulties between Syria and Iran and added that the shortest direct route is through Iraq. However, the Iraqi government “has not yet prepared the land route to Syria,” he said.

He indicated there are two options for transportation to Syria, either through Turkey, which closed the borders due to the war or through the Gulf, which is a long distance.

The US sanctions and the Caesar Act also hinder trade between Iran and Syria because companies cannot easily transfer money to Iran.

In 2019, Iran signed a long-term economic cooperation agreement with Syria, which included the banking and financial sector, construction and reconstruction, and a memorandum of understanding that included the construction of 30,000 housing units in most Syrian cities.

Iranian exports to Syria decreased by 43 percent between March 2020 and March 2021.