Turkey's Erdogan is finding itself more and more isolated in Syria, and Russia stresses on the importance of liberating in Idleb, according to al-Watan. 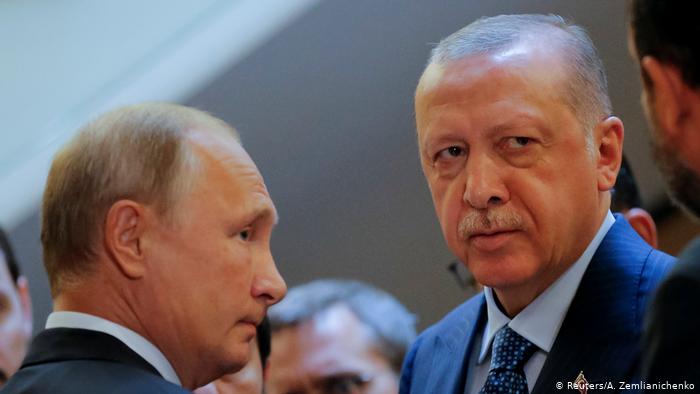 Pro-“opposition” media sources yesterday quoted informed Turkish sources as saying that Turkey, through its leader Erdogan, is following developments in Syria and trying to understand their results. This comes at a time when two military delegations, Turkish and Russian, are holding meetings in the border areas. These meetings are taking place under the shadow of Russian demands for the withdrawal of armed militias, terrorist organizations, and Turkish occupation forces from some areas around Idleb.

According to the informed sources, Turkey believes that President al-Assad’s visit to Moscow is not only linked to developments on the ground, but also diplomatic developments between the two countries.

For his part, Muharram Sari Kaya, a writer for the Khabar Turk newspaper, addressed the subject in terms of Putin’s message about foreign forces. Although the message referred to Turkey, Kaya pointed out that the doubling of conflict in the region clearly indicated future escalation for Idleb. Kaya added that, on previous occasions, President Putin’s meetings with President Assad had preceded the liberation of areas controlled by terrorists. For this reason, he considered it noteworthy that President Putin commented on foreign forces.

During the summit, President Putin assured President Assad that the problem lies with foreign armed forces being present on Syrian territory, with permission neither from the United Nations nor from the Syrian government. This situation clearly contravenes international law and does not allow Assad to pursue the country’s reconstruction in earnest and at the pace that would have been possible if the legitimate government controlled all Syrian territory.

Read Also: What Does the Summit Between Assad and Putin Involve?

Since the beginning of events in Syria in March 2011, the Erdogan regime has turned his country into a corridor for foreign terrorists from all over the world to enter Syria. Erdogan has supported the terrorists, while also occupying many cities, villages, and towns in northern Syria.

Sedat Argon, the writer for the Hurriyet newspaper, reported on the visit and Russian messages claiming that the Turkish regime is seeking to repel any military in the Idleb region. Argon claimed that any action in the region will lead to a catastrophic wave of displacement.

Argon pointed out that, at the end of September, a trilateral summit will occur between President Putin, President Ebrahim Raisi of Iran, and Erdogan. The meeting will take place within the Astana process, on the basis that escalation is occurring in Idleb ahead of the summit. This development would strengthen Russia’s position in ongoing negotiations with Turkey and increase pressure on it.

For his part, writer Kurshad Zorlo commented on the summit of Presidents Assad and Putin, saying: “In the coming days, a meeting is expected to take place in Geneva between Russian and American experts on Syria. This meeting may impact the balances of power that Turkey has established in this region and therefore could increase the level of escalation there.”

Zorlo referred to President Putin’s praise for President Assad and his messages to the international community, saying: “It is clear from what happened that the situation is heating up in the Idleb area. Here, you can add the importance of restoring confidence and security to Turkish-Russian relations, especially as Turkey normalizes its foreign relations. As a result, the form of Turkey’s relationship with the United States will determine the relationship with Russia.”