As the Syrian regime continues its policy of oppressing those who deal with foreign currencies, it makes billions out of those arrests, according to North Press. 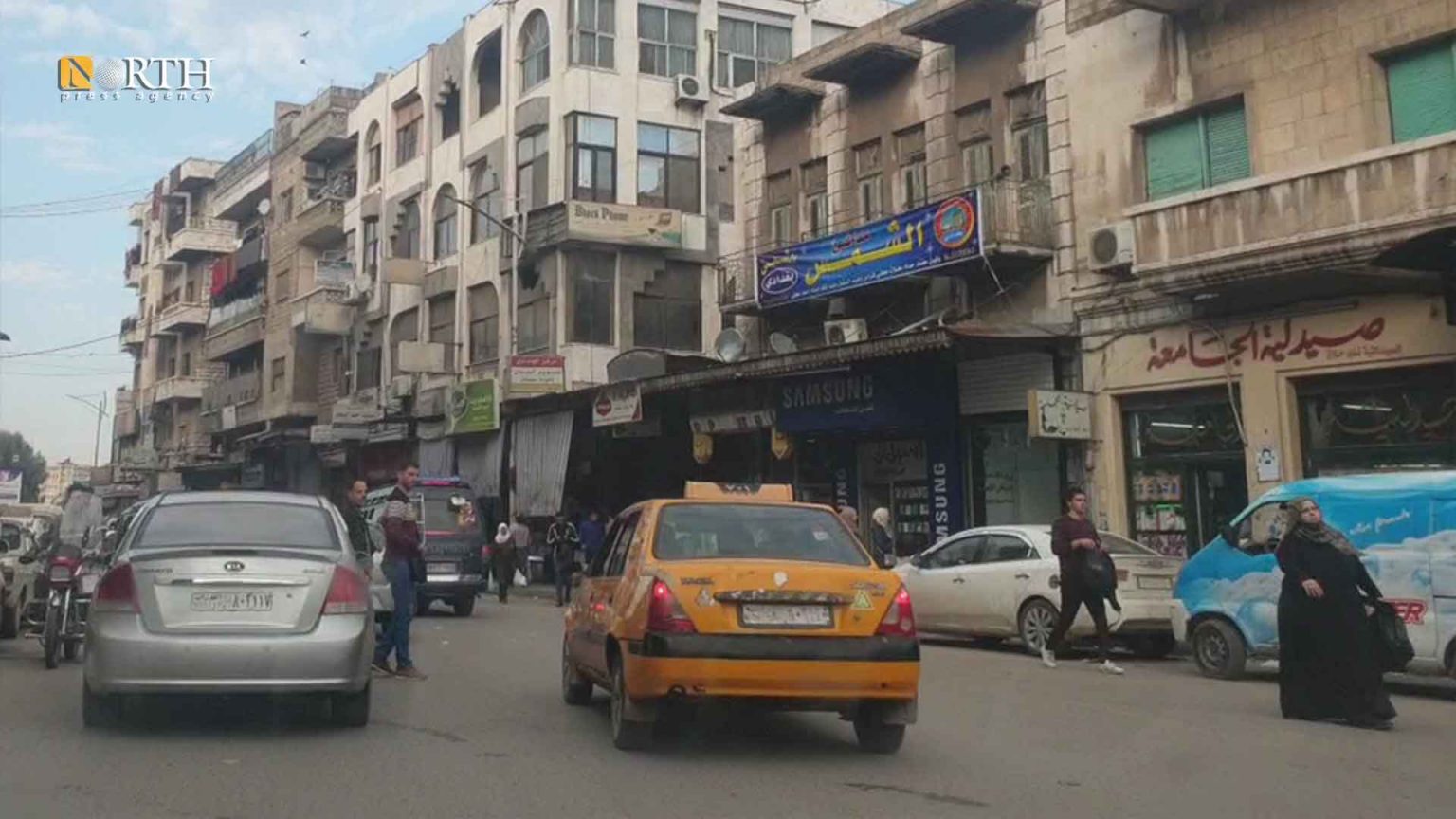 Two weeks ago, government authorities in the city of Hama, in central Syria, launched a massive arrest campaign against money changers and merchants, on the pretext that their businesses were not licensed and deal in foreign currency.

Relatives of detainees say that the authorities demand massive sums of money in exchange for their release, amounts which vary according to the detainee’s financial situation.

The Syrian government forbids business deals in U.S. dollars or any other foreign currency and prosecutes anyone who deals with them or promotes their prices.

Residents say that it launched a campaign against major traders, goldsmiths, and money changers, and arrested a number of them to release them in exchange for sums of money in the hundreds of millions.

Legislative Decree No. 54 of 2013 prohibits deals in anything other than the Syrian pound (SYP) and stipulates penalties ranging from six months to 10 years in prison in addition to a fine.

In January 2020, the Ministry of Interior in Syria said that it would rigorously pursue foreign currency dealers and manipulators of their exchange rates, and would intensify its patrols by monitoring companies, merchants, and people.

During the past two weeks, authorities arrested more than eight people in Hama, including traders, money changers, and goldsmiths, on charges of dealing in dollars, according to traders.

Tala al-Douri (a pseudonym), the daughter of a merchant in Hama, said that a patrol belonging to the Political Security Branch arrested her father on August 2nd on charges of dealing in dollars.

All of his money and possessions, including shops, homes, and cars, were seized.

She added that the authorities told her that her father would remain in custody and that they would lose all their property if a sum of 200 million SYP (over $60,000) was not paid.

Tala said that the arrest was for receiving money, not for dealing in dollars.

Read Also: Lawyers to be Allowed to Travel Outside of Syria, in Return for Departure Fee in Foreign Currency

On August 18th, Nizam Dahdal, head of the Financial and Economic Criminal Court in Damascus, said that billions had been collected for the benefit of the state treasury from exchange companies whose licenses had been withdrawn and who were practicing the banking profession illegally.

He pointed out that the second source supporting the treasury is from fake companies, corrupt people in the public sector, and dealers other than the Syrian pound.

According to merchants and residents in Hama, the authorities carry out a campaign of arrests during every drop in the value of the Syrian pound against foreign currencies, and the dealers in those currencies and traders are often behind the deterioration of the value of the local currency.

Two weeks ago, the exchange rate of one U.S. dollar rose to about 3,300 SYP, after its exchange rate stabilized for several months at about 3,200 SYP.

Qassem al-Namra (a pseudonym), a resident of the Aleppo Road neighborhood, told North Press that one of his neighbors was arrested last week for simply discussing the exchange rate of the dollar on WhatsApp.

According to al-Namra, the authorities demanded 50 million SYP (over $15,000) from the family of his neighbor in exchange for his release, after confronting him with conversations and audio recordings of him asking money changers and merchants dealing in dollars about exchange rates.

He added that after the arrest of his neighbor, he became afraid to talk about the dollar or any other foreign currency, even during commercial transactions on the Internet or phone.

The man wonders: “Is it possible for someone to be held accountable for simply asking about the price of a currency?”

On Wednesday, a security patrol raided a store belonging to a food merchant in the al-Saha neighborhood and arrested him on charges of dealing in foreign currencies and harming the national economy.

Noha al-Dinki (a pseudonym), the merchant’s sister, said that the patrol beat her brother and handcuffed him before confiscating $600 and 1,200,000 SYP, which was all the money he had at the moment of his arrest.”

Dinki’s brother works in the food trade and deals in U.S. dollars with companies that supply him with goods, which refuse to deal in Syrian pounds to avoid losses.

Dinki said that they still have not been able to secure her brother’s release from prison, despite all their attempts to contact the authorities and appoint a lawyer to defend him.