More and more Syrians are dreaming of traveling, as the woes in their country multiply, but regime supporters describe them as treacherous, according to al-Modon. 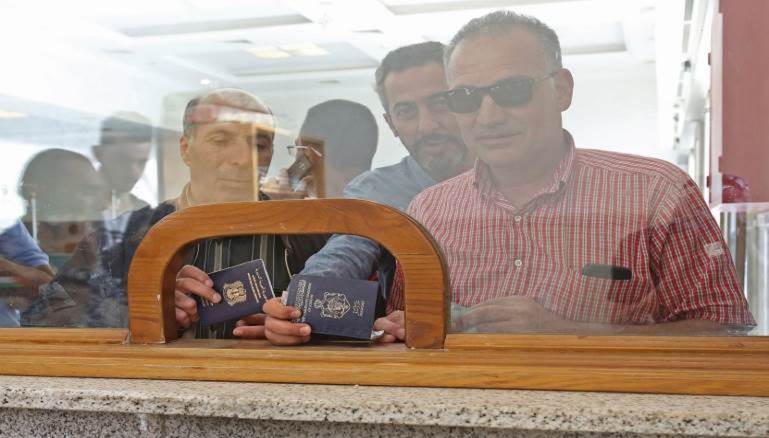 A  simple hashtag on social media, calling on Syrians to travel from the country if they can, sparked widespread anger among pro-regime journalists and pages affiliated with the axis of resistance in general. This later turned into a campaign of betrayal for anyone who thinks of leaving the country.

#Travel_do_not_hesitate (#سافر_ولا_تتردد) repeat Syrians inside Syria. This came in conjunction with the exacerbation of living and economic crises due to the regime’s policies. The campaign was aware of these issues and explicitly refers to them. This is contrary to the official version linking the crises of electricity, bread, fuel, and others to Western sanctions only -which explains the anger of the campaign.

Iran’s al-Alam TV channel prepared a report saying that Syrians should feel a sense of pride because of their “steadfastness” despite their “losses.” The campaign is considered provocative because it explicitly says that “the West does not conspire against us,” adding that these “brazen” ideas must be addressed by launching counter-campaigns, which emphasize that Syrians are strong and that the country is not cheap.

Of course, this campaign does not address refugees and opposition members but is directed specifically at the loyalist public, to whom the regime portrays itself as a patron. This stance acts in parallel with the regime’s pursuit of popular legitimacy. While Syrians at home can be considered hostages to this regime — considering the difficulty of leaving the country and obtaining a passport, as well as security and military approvals — the overall campaign seems to many to be more like a dream. This much is evident in many publications which have lamented the reality that cannot be easily reversed on the one hand, and which is merely a crime on the other.

However, the speech of officials and personalities – who are famous for praising the Assad regime on Twitter- portrayed refugees in a poor light, arguing that they live without dignity and are a burden on taxpayers in European countries. This was a widespread perception that provoked mockery among Syrians who talked about the duties of the state towards its population -even if they were not citizens in the first place. To return to the resistances old slogan: “The homeland is not a hotel.”