The meeting between the two world leaders brings no hope regarding an imminent political solution in Syria, according to Baladi News. 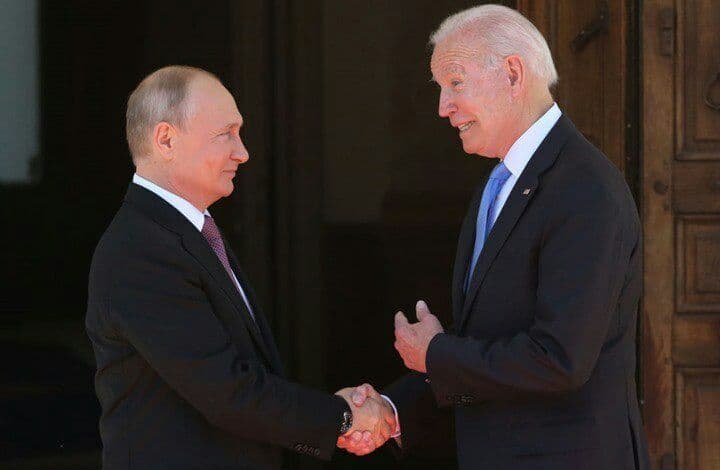 Analysts cannot offer any definitive indications about the fate of the Syrian issue after the summit between president Joe Biden, and his Russian counterpart Vladimir Putin. Reports hinted, however, at the possibility of cooperation between the two countries.

Neither victorious nor defeated

That being said, this analysis does not mean that the Syrian issue, and what is happening inside the country, are being ignored by Washington and Moscow. Indeed, two aspects must be considered.

First, there are major strategic issues that the U.S. and Russia needed to discuss. Most prominently, the need for stability and thawing of relations, which can ease tensions between the two countries.

Second, the international community does not seem to have reached a clear consensus on Syria’s future, which could facilitate a political solution within the calculus of “neither victorious nor defeated” and “positive parity.” If brokered, this solution could allow the beginning of the country’s reconstruction.

Although Russia holds the keys to power in Syria, it has proved unable to “revive the Assad regime” and give it an “economic boost.” This is especially true given that Syria faces a “deteriorating economic” situation. On the other hand, the United States holds sway in terms of military force, but the two parties do not seem to have reached an understanding yet with regard to Syria.

According to analysts, Syria was discussed primarily with regards to humanitarian affairs and, in particular, the entry of humanitarian aid.

“Based on what happened at the Biden-Putin meeting, I have no hope for a new and imminent political solution for Syrian people,” according to a tweet by the Syrian opposition journalist, Saad Fansa.

“The issue for Biden, as he demonstrated to Putin, is that he hopes to open corridors of humanitarian aid to feed the hungry,” he said.

“I ascribe this great responsibility to the Syrian opposition based in the United States. Opposition figures there have been eager to point out and clarify that the regime’s continuation in power is linked to a major, ongoing humanitarian disaster if UN Resolution 2254 is not implemented. The US president has significant power to apply pressure on Assad and Russia to end this tragedy,” Fansa added.

“Over recent decades, meetings between leaders of the two great powers has led to a breakthrough in many international issues.” Putin’s meeting with Biden, however, did not result in any tangible progress on the Syrian issue.

At their first summit on Wednesday, June 16th, 2021, US President Joe Biden and his Russian counterpart Vladimir Putin agreed to resume arms limitation talks and return the two countries’ respective ambassadors to Washington and Moscow. Differences persisted, however, on other issues.

The summit, which was held at Villa La Grange overlooking a lake in Geneva, lasted less than four hours. According to Biden’s advisors, this duration was much shorter than expected.

Putin, who spoke first to the media, said the meeting was constructive and free from hostility, showing the two leaders’ willingness to understand each other.

Biden, who spoke shortly after Putin, said there was “no alternative to face-to-face dialogue,” he added that he had told Putin that his agenda was “not opposed to Russia” but, instead, “for the benefit of the American people.”

Accordingly, the Biden-Putin meeting did not bring any new resolution to Syria, at least in terms of what has been publicly disclosed. Nevertheless, what happened behind the scenes will come out after the curtain is lifted, and beyond.

Regarding the recent Russian escalation on Idleb, analysts explain that these events are linked with the Sochi Agreement. It is established that the agreement covers Jabal al-Zawiya, which Russia seeks to control. Meanwhile, Turkey has set its sights on Tal Rifaat, Manbij, and Ain al-Arab. For its part, the United States has not yet disclosed a viewpoint and has kept the situation on hold — as demonstrated by what happened during the Putin-Biden meeting.

Observers believe that the Sochi Agreement between Turkey and Russia will enter its final stage, during which the M4 highway running between Lattakia and Aleppo-Qamishli will be opened.

Analysts continue to speculate about the means of achieving this objective, based on different scenarios. At best, it will be reached by international cooperation; at worst, it will devolve into using military force.

Following the Biden-Putin summit, the questions of the Syrian people — both opposition and loyalist — remain unanswered. It appears the situation will remain as is until further escalations.