Top military positions in the Syrian Army are monopolized by members of the Alawite Community, claims Zaman al-Wasl. 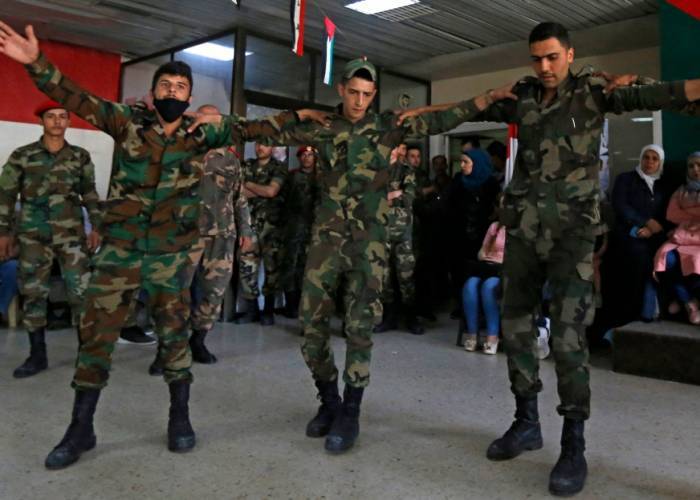 Zaman Al-Wasl has obtained military data and statistics revealing the extreme magnitude of sectarianism in the Syrian army, and how a group of Bashar al-Assad protégés exclusively control the highest positions and ranks in the army.

Most of the Army’s top officers are originally from Assad’s heartland, in the Alawite-majority coastal region. In fact, the religious statistics about the Syrian army in 2021 show that Alawite officers hold 82% of army positions.

These leadership positions are spread along nine groups, for a total of 152 positions, out of which 124 are held by Alawites (82%), and 22 by Sunnis (14%). As for Druze and Christian Officers, they hold three positions (2%) each.

Assad, who along with his key allies Russia and Iran, believes the war is over, has maintained himself in power in spite of a weak army, through his dependence on local militias and Iran-backed-and-funded foreign militants.

Syrian activists said all active officers in the regime army have committed war crimes in the Syrian conflict that claimed the lives of half a million people and displaced half of the country’s population.