The Syrian National Coalition has announced the formation of a National Elections Commission, sparking confusing and suspicion among some of its members. 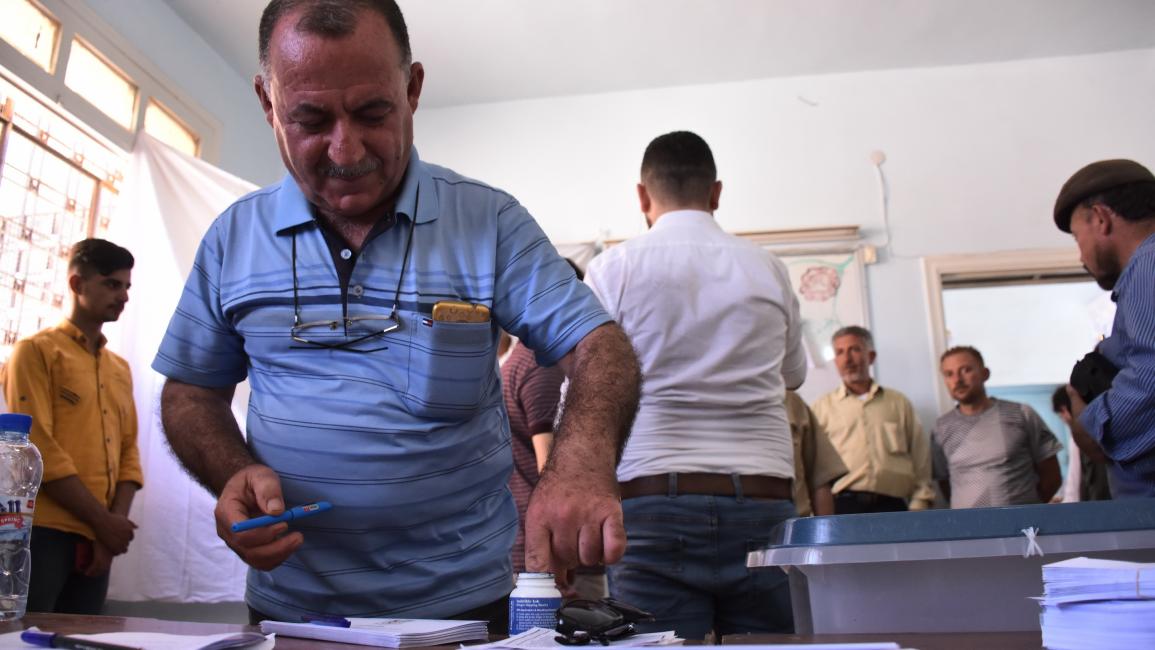 In a surprising and remarkable step, the National Coalition for Syrian Revolution and Opposition Forces announced the formation of a National Elections Commission.

The coalition said in a statement that the step aims to prepare the cadres and forces of the Syrian revolution for the implementation of a political solution and in preparation for the transitional phase and beyond, adding that there is no alternative to a transitional governing body with full powers, and it will not be possible to participate in any elections whatsoever with the current government in place and President Bashar al-Assad at the helm.

The decision of the coalition comes months before the Syrian presidential elections. This begs important question marks about who inspired the coalition to take this step, and if there are changes to the Syrian file that may occur during the coming months that require that the opposition coalition be ready to compete in the next elections.

The coalition’s decision to form an elections commission sparked a wave of sharp criticism. A large segment of the Syrian opposition considered this step as a prelude to entering presidential elections, which the Syrian regime is scheduled to hold in the middle of next year, and in which Assad will participate.

The coalition was quick to clarify its position on the formation of this commission, and stressed in a statement that, “there is no substitute for the transitional governing body with full powers, and that it is not possible to accept or participate in any elections with this criminal regime in place.” In a statement, the coalition pointed out that the establishment of this body comes in line with UN Security Council Resolution 2245 and the Geneva Communiqué of 2012, and aims to prepare the cadres and forces of the Syrian revolution for the implementation of a political solution and the establishment of a transitional governing body with full powers, without Assad.”

The coalition explained that the National Elections Commission to be formed is a, “technical body tasked with preparing to participate in elections during the transitional period and beyond,” noting that the commission, “will work in all areas that can be reached inside Syria through mechanisms that include the establishment of cadres and training teams that are specialized in all issues related to the electoral process.”

In an attempt to contain the local controversy among the ranks of the Syrian opposition, the head of the National Coalition, Nasr al-Hariri, confirmed in a tweet that, “there can be no solution in Syria in the presence of the criminal Bashar al-Assad and his aides,” indicating that, “neither the coalition nor most of the Syrian people are able to participate in or recognize elections in which this murderer is involved.” Hariri explained that the formation of the Elections Commission, “comes within the efforts to prepare for the implementation of all the provisions of the Geneva Declaration and Resolution 2254 in the post-Assad Syria stage.”

The new decision deepened the state of mistrust between the coalition and the opposition. In response to the decision, a large number of Syrian activists and writers expressed their anger on social media, accusing the coalition of political failure, dependency, and the inability to face regional and international pressures aimed at finding a settlement to the Syrian issue that does not achieve the minimum demands of the revolution.

The Syrian Islamic Council said in a statement today that it believes that the establishment of an electoral commission by the National Coalition, and the formation of the Constitutional Committee before that, will lead to legalizing the criminal regime and its resurrection.

The council considered participation in any elections at any level under the umbrella of the regime’s existence is considered a preempt for the demands of the great revolution that was established in the first place for the sake of achieving them, chief among which is overthrowing the regime and punishing its repressive agencies and their officials.

The council explained that the talk about, “establishing an elections commission coincided with the theatrical elections that the regime announced for 2021, and paved the way for it with a farce of a conference on the return of refugees,” which was the object of ridicule and disgust.

The Free Patriotic Gathering, a group that opposes the Syrian regime and an offshoot of the National Coalition, assured workers in the institutions of the Syrian state that the gathering does not adhere to the decision issued by the coalition without its knowledge or advice, but rather issued by individuals without consulting many members of the coalition, as per usual.

The gathering announced its disavowal of the coalition’s decision to establish an elections commission, considering its formation among the powers of the transitional governing body, when the transitional phase starts, and not while Assad’s terrorist regime continues to rule.