Weakened after his recent spat with Assad, Makhlouf is going after the president’s advisor, Bouthaina Shaaban reports Al-Modon. 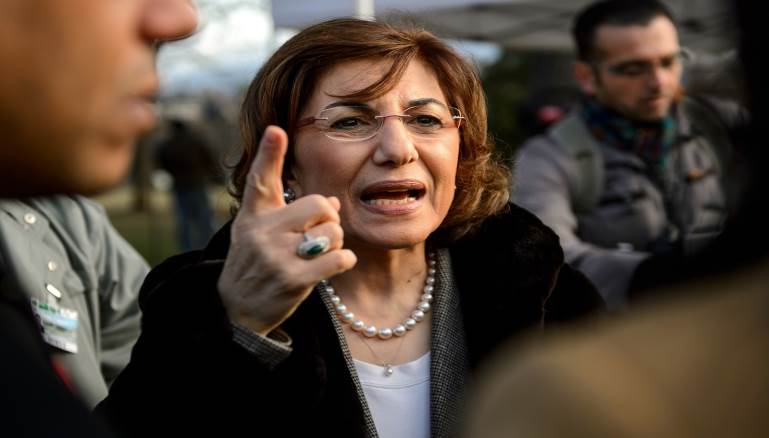 The war between different wings of the regime continues, despite one of the most dangerous chapters having ended in favor of the stronger party, the Assad family, at the expense of businessman Rami Makhlouf, who does not seem to have surrendered completely. Rather, he has moved to attack his opponent’s weaker points.

There can be nobody weaker than the president’s advisor, Bouthaina Shaaban, and her family, whether politically, or socially within the palace. The past two weeks have seen an intensely focused campaign against her by numerous unknown social media accounts that published details on Shaaban, as well as her husband and son. Few of the details were actually true, as most were fabricated.

It is natural for well-known opposition social media accounts to receive this information with great interest, without taking the time to research which side was spreading it—similar to the story several months ago that Assad had bought a three million dollar painting for his wife.

Because this type of weapon proved successful, the attacking party used it again. What reinforced doubts that this side could be tied to Makhlouf is the amount of information being published on Shaaban and her family, which, despite the exaggerations included in it, could only possibly be verified by people very close to her.

This time around, the attacks started by discussing the wealth of Shaaban’s son, Ridha Jawad, who lives in London, alleging that he possesses at least 20 million dollars, and questioning the source of his money, as he is a young 23-year-old graduate. Of course, there was nothing to say about him except that his wealth, which came from work and companies in the UK, belonged to the Syrian people and was seized illegally by Shaaban.

In addition to those numbers, those same accounts published photos that they said were of Jawad’s cars and real estate in London and other European cities. They also discussed shares that he owns in the US stock market, based on a photo of him gathering with one of the most prominent female employees of the stock exchange at the same time his mother was talking about the need for Syrians to remain steadfast in the face of the unprecedented economic crisis.

After more than a week of silence, Jawad responded to the campaign against his family via a Facebook post. He denied some of the information and photos attributed to him, saying that he was “self-made” by studying in Syria until secondary school, then studied mathematics in the UK, where he managed to get a job “like any young man.”

The photos showing Jawad’s fleet of cars and luxury real estate properties were not correct. Al-Modon was able to trace the owners, who are the sons of businessmen close to the Assad family and have friendly relations with the sons of Bushra al-Assad.

In his post, Jawad added, “I say to everyone who criticized me for being a golden boy—ask anyone who knew me at different stages of my life, and they’ll confirm that I live a normal life. I am not a millionaire, and there are no millionaires in my family. I returned to my country, and because I am an only son I was exempted from military service.”