The fate of Bashar al-Assad has been questioned, with Ali Mamlouk being the most likely candidate to take over the running of the country reports Step News. 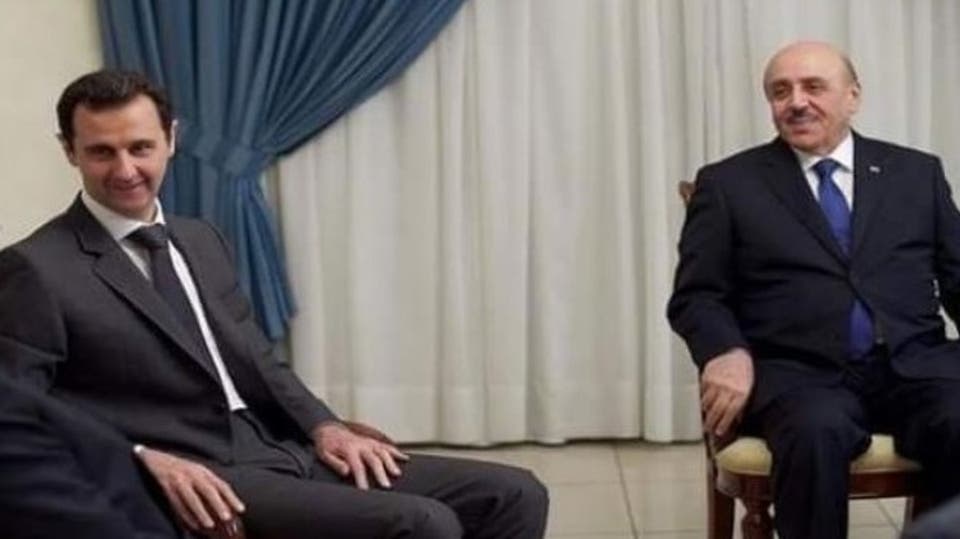 In the past two days, the media has been busy with leaks over a possible international decision that will change the Syrian political scene and topple the head of the regime, Bashar al-Assad. This comes as the war and revolution that broke out against him enters its 10th years, during which one million people were killed and more than 10 million were displaced as Assad consolidated his hold on power.

In statements to Step News, Dr. Kamal al-Labwani revealed that an international consensus has been reached to soon replace Assad with another figure from the regime.

“The changes won’t be major and the name of Ali Mamlouk has been on the table as a possible replacement because of his international ties and reports claiming that he has been working to remove Iran from Syria,” he stressed.

Labwani said international administrations made those leaks intentionally because all has been set for the next move and also, to keep the opposition posted on the developments taking place behind the scenes over the Syrian issue.

According to Labwani, Mamlouk had refused this proposal and had no intention of leading the next phase in Syria, however, he surrendered to international pressures that threatened to bring him to trial and blacklist him if someone else took the lead.

Labwani continued, that states concerned with the Syrian issue had explicitly informed the opposition that they have no problem with Assad staying in power, however, their main concern is the Iranian presence in Syria which poses a threat to Israel.

The course of the negotiations

At first, the negotiations were strenuous due to Russian objections, however, once sanctions against the regime and its allies were tightened under the Caesar Act, which was recently announced, the Russians felt the heat of the situation and became part of the negotiations, according to Labwani.

Assad presented a new peace proposal to the Israelis to stay in power, under which he vowed to give up the Golan Heights permanently. However, between the lines, Israel saw that Assad was of no use any longer. And with that, Assad played his last card, says Labwani.

Assad’s alternative and the new rule

Labwani confirms that the Syrian opposition has been informed that an alternative to Assad was absolute, however, without further confirmations regarding the figure, although the names of Ali Mamlouk and Deeb Zeiton were circulated on the basis that they both have good international ties, stressing that for the opposition, the solution and the key change would be the departure of Assad, his sectarian regime and Iran, to pave the way for Syrians to return to their homeland.

Labwani stressed that the coming stage will not witness any chaos because change will not come through elections but through Assad himself who is expected to hand over rule to his deputy and leave the country for Belarus.

In regards to comments made by Israeli media figure Edy Cohen over the matter, Labwani said: “Cohen must have heard about the news from his personal sources, although he is not an official figure in Israel, and perhaps naming his friend Fahd al-Masri could have just been a joke to test the public’s reaction.”

When will the end of Assad’s rule be announced?

“I think change is coming very soon this year, and many issues will become clearer during summer, noting that failure is an option and policy changes could take place in a blink, however, so far so good- all parties agreed that Iran will be rooted out of Syria and Assad will be replaced by a regime figure who accepts political solutions,” noted Labwani.

“The deal was the result of several compromises that have been made, granting Russia concessions regarding Ukraine, while the Assad government received guarantees regarding commercial contracts and Syria’s reconstruction plan which is just a cover to take over Syria’s wealth under the pretext of reconstruction,” he added.

The Syrian opposition figure concluded by reaffirming that the issue remains under preparation and it is subject to change at any moment, however, there is an international-political consensus to replace Assad with one of his regime figures.

A change to the plan could take place anytime, just as states’ policies would suddenly change. An eye should be kept on all international developments taking place in the country, both the political and the military ones, because Syrians have got used to last-moment changes, especially when it comes to the regime’s allies and supporters who are known for their malicious and unstable policies, noted Labwani.