Severe economic conditions are pushing traders out of the capital and into the towns and cities of the Damascus countryside, where conditions are more favourable reports Sowt al-Asima. 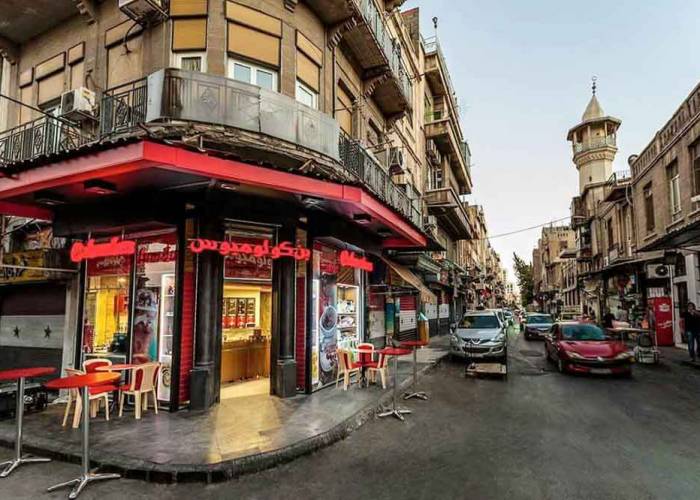 Dozens of shops have shut in the main markets in Damascus since the start of 2020 as a result of the near-total paralysis in economic activity and the speculation on foreign currency prices, as well as an increases in rents and planned investment.

It became clear during a tour by Sowt al-Asima of Damascus markets that more than 20 shops in the al-Shaalan area, and 10 on al-Hamra Street in the center of the capital, along with nearly 10 shops in the Salhiya area, had been closed since the beginning of last month.

With a rent of 10 million Syrian pounds per year – that is, about 800,000 Syrian pounds per month – for a commercial space no larger than 90 meters, one merchant invested in a store in the al-Shaalan area in the center of the capital five years ago.

“At the end of the second year of the investment, the owner of the property raised the rent to 15 million Syrian pounds a year,” the investor says.

He added: “One month before the end of the contract, the owner informed me he intended to raise the investment fee for the new contract to 25 million Syrian pounds a year—about two million pounds per month, with the condition that he can raise the value after the first year.”

The investor confirmed that the owner obtained an offer from another investor, in accordance with which he paid 30 million Syrian pounds a year, which led him to leave and close the shop.

The high investment cost was the main reason for closing these shops, along with taxes, financial reasons, wages, high prices for goods and the costs of transport, amid economic stagnation, which traders and investors were unable to afford. Some were pushed to cancel investment contracts, while some decided to end their business during the remainder of their contracts and refrain from renewing them.

Sometimes the property’s owner imposes payments in US dollars, which entails further suffering in terms of searching for these dollars in the markets—especially after the government tightened and prohibited its circulation. This condition requires him to raise the value of the goods in proportion to the value of the amount he pays, and thus constitutes another burden on consumers.

Investing in the countryside is better than the city

Radwan, an investor in the al-Salihiya area in Damascus, decided to abandon his shop, which he had invested in for more than 12 years and head towards the rural areas near the capital.

Radwan says: “I can no longer afford the annual rent, and the taxes and bills that I have to pay every month, in addition to the bribes that I am forced to pay, like other investors, to customs patrols and consumer protection from time to time.”

He continues: “With the sums that I pay in Damascus, I can invest in three stores in the Damascus countryside near the capital. Therefore, I can reduce the running costs because rent is several times lower than in Damascus, and I can get more sales.”

An economist in Damascus told Sowt al-Asima that dozens of investors intended to close their stores in the capital’s markets and head towards the cities and towns of the Damascus countryside to escape the high cost of investments and fees imposed on them openly by government and security patrols.

The economist said that market activity in rural areas near the capital had improved relatively compared to before, and that the lower rent and wages there were the biggest catalyst for traders heading there.

According to the expert, state institutions and security patrols often overlook the markets in rural areas. He said that rural markets had purchasing power for food and clothing, as well as activity in the building materials markets.