The Ministry of Culture has been investigated for allegation relating to corruption, bribery and the smuggling of antiquities writes Al-Modon. 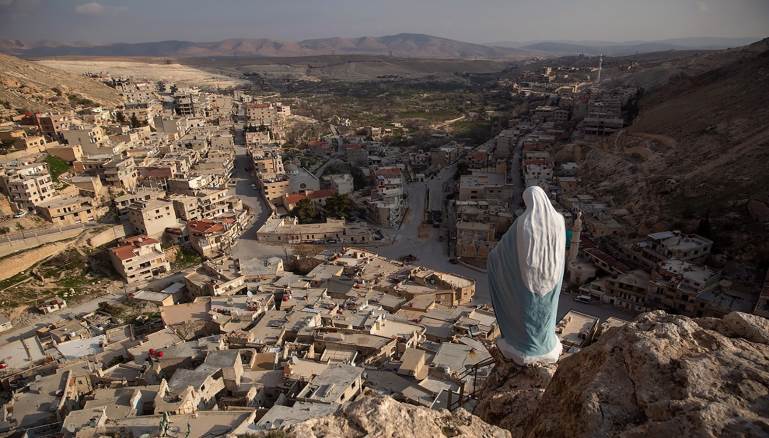 The Central Authority for Supervision and Inspection in Syria has begun tours in the Ministry of Culture and its affiliated directorates as part of what it calls an “anti-corruption” campaign, according to Al-Modon’s correspondent, Ahmed al-Shami.

Loyalist media sources said that an officer from Political Security in Damascus entered the offices of the Culture Minister Mohamed al-Ahmed on Thursday evening and had stripped him of his personal weapons and then took the weapons of his escort and driver. Ahmed’s interrogation in the ministry office lasted hours, and then he left the ministry angry. The substance of the interrogation is unknown.

The authority began its work by issuing an order for a precautionary freeze of assets of major employees in the ministry and its directorates, as well as the companies contracting with them. Among those whose assets were frozen were the director of financial affairs at the Cinema Institute, the secretary of the Movie Bibliothèque (Library) at the Cinema Institute, and the president of the Editing Section. The names of the owners of the al-Halwani company and the Diana Company for Artistic Production and Distribution were also on the lists of those with frozen assets.

An informed source told Al-Modon that the investigation of the culture minister by the Political Security came under orders from Supervision and Inspection, which sent investigators to the ministry to investigate corruption matters concerning the Cinema Institute and the General Directorate for Antiquities and Museums.

Ahmed has recently faced a major incitement campaign by former ministry officials who on “imaginary” accounts published what they said were documents proving that the minister had embezzled funds and manipulated the budgets of films produced by the ministry as well as the festivals that it organized, in addition to what they said was his complicity in kicking out veteran ministry staff and employing others close to him and from his family.

Al-Modon’s source said that the culture minister was accused of taking bribes from employees in the Antiquities Directorate who were accused of illegal excavations and trading in antiquities and smuggling them abroad.

The source said that the bribes the minister took were from employees whose names came up in an investigation done by the former minister, Essam Khalil, in exchange for what was said to be Ahmed hiding the matter and concealing it from the Central Authority for Supervision and Inspection.

The source said that employees in the Antiquities Directorate had leaked maps of the locations of antiquities to military entities working in the Maaloula area in the field of antiquities excavations, after the regime and the Hezbollah militia took control over the city. Hezbollah has been accused of excavating antiquities in Maaloula and elsewhere and smuggling them outside Syria.

The source added the Syrian security agencies had throughout 2019 arrested dozens of people involved in antiquities smuggling, with it becoming clear after investigating them that they were linked to the ministry and the Antiquities Directorate, and even with their museum.