Syrians in Turkey are pointing to widespread racism as the cause behind the death by suicide of a nine-year-old Syrian boy reports Al-Araby al-Jadeed. 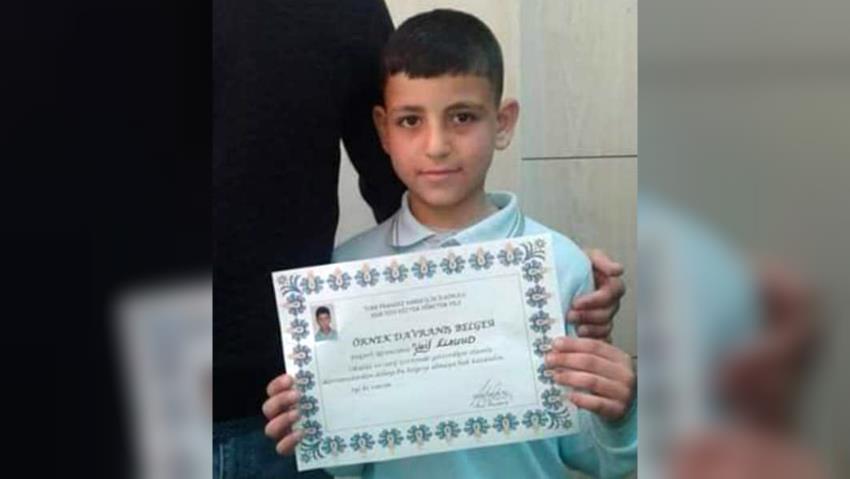 Syrians in Turkey are pointing to widespread racism against their countrymen as the cause behind the tragic death by suicide of a nine-year-old refugee.

Wael al-Saud, known in Turkish as Vail El Suud, was found dead on Thursday evening after reportedly hanging himself from the gate of a cemetery in the country’s western Kocaeli province.

The nine-year-old boy was often excluded by fellow school students and scolded by his teacher on the day of his death due to his Syrian nationality, local media reported.

The Ministry of Education has officially refuted claims that the young boy was subject to racism at his school.

But Saud’s tragic death by suicide has opened a national conversation about racism against Syrians in Turkey, becoming a trending topic on social media on Saturday after reports of the young boy’s death came to light.

The country is home to some 3.6 million Syrian refugees.

Recent opinion polls show the majority of Turkish citizens are unhappy with the continued presence of Syrians in their country after eight years of war.

No one can imagine the horror and magnitude of the pain and despair that drives a #Syrian 9 yo child to commit suicide by hanging on the cemetery gate in #Turkey, because of the bullying and racial discrimination.

“Fake news targeting them are mostly about Syrian refugees getting a stipend from the government while Turkish citizens suffer financially due to the currency crisis, getting involved in crime, and making cities less safe,” he said.

Saud’s heartbreaking death has quickly become a symbol of rising intolerance and racism directed against Syrian refugees, with activists calling for a criminal investigation into his death.

“If a child is excluded by his classmates for being Syrian, ask yourself how you’ve raised a generation which knows nothing about mercy and pain,” British-Syrian activist Razan Saffour wrote on Twitter. “You’ve taught your children not how to be a human, but how to be a monster.”

“I pray the justice system is sound here that the teacher is trialled by court and the bullies are dealt with firmly by their school,” she added.

Syrian activist Lina Shamy has called for legal reform to curtail racism in the wake of Saud’s death.

“Racism kills and in the most ugly ways,” she wrote on Twitter. “The suicide of this child should change the law, bring a more just system that will protect any human from this mad proliferation of racism.”

Similar comments were shared by Syrian activist Israa, who wrote on Twitter: “Anti-refugee sentiment kills, fanning the flames of hatred against Syrians and tolerating hate speech because “that’s how ppl feel” is not an excuse.

“I hope his family get the justice they deserve and I hope a serious investigation is launched against those involved in the school,” she added.

Ali Semin, an Iraqi researcher at Turkey’s Wise Men Centre for Strategic Studies (BILGESAM), wrote: “One of the greatest tragedies of the Syrian war is that a nine-year-old child has died by suicide because of humiliation.

“Those who say that we don’t want Syrians should think about the psychology and pride of the children who are displaced from their homes!”