A project to launch a smartphone application that people can use to order taxis has been approved by the prime minister repots Al-Watan. 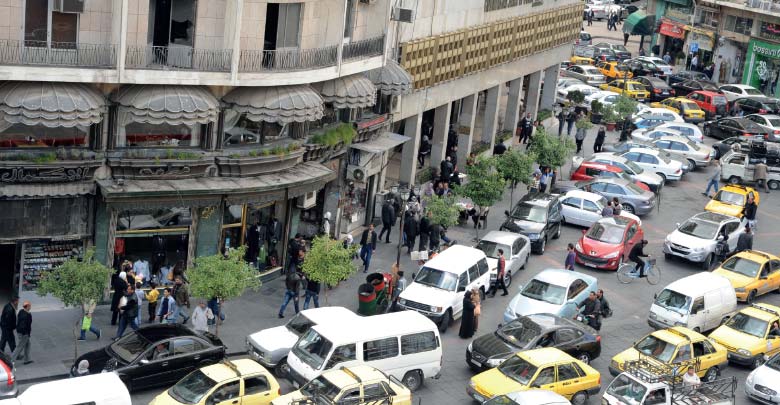 The Economic Committee in the cabinet has recently proposed a number of projects including allowing small and medium passenger cars numbering no more than 10 passengers, except the driver, and privately registered vehicles to transport passengers, through a smartphone app use, meaning legalizing their work.

This project has met with the approval of the prime minister, as it plugs the gap of the absence of legislation for the phenomenon of transporting passengers in private cars in a way that violates the laws and punishes those who practice this activity without licenses.

Regarding the idea of this application, which is similar to Uber, which allows smartphone users to order a trip, the manager for investment and passenger transport in the Transport Ministry, Wassim Mardini, told Al-Watan that this app was necessary because the war in Syria has effected the passenger fleet, which needed renewal and an increase in numbers to meet passenger demand.

He added: “On this basis, a mechanism has been launched for a smartphone application to order private touristic cars, which will not affect the work of public cars, as they will not work permanently and will be regulated.” He said that drivers of public cars have nothing to worry about and they will not suffer economically.

He said: “By using this application we can save fuel or gasoline and we will not consume additional cars or additional fuel. This application will give additional income to the car owner—and more importantly the program and the mechanism of work will allow us to monitor the passenger and owner of the car. The program gives the ability to identify the car owner and his movements and his path through the GPS system in the car.”

With regards to the passenger, Mardini said that just by subscribing to the app, he could send a message to the company clarifying basic information and so the identity will be known and both the passenger and the driver can be secured against any abuse. We can also provide the necessary security to the cars given that the app is in most countries around the world.

The investment director in the Transport Ministry said that the app was global but that the interface was up to the company that is carrying out the program. He noted that up till now, no licenses had been issued to any company because there had been no regulatory decrees issued for this matter. He predicted that they will be issued very soon and that they will be focused on the passenger’s security, the pricing, and matching the driver and passenger.

Regarding the driver’s safety and the correct pricing of the service, Mardini noted that there was a focus on the technical readiness of the car, until some simply conditions can be placed on the driver, with regards to preventing smoking, adding that the most important things we are striving for are first securing the driver or the owner and the passenger and providing comfortable conditions and a good ride, and the pricing be appropriate and in line with taxi fares as well as the price of materials.