After being deported from Istanbul, a transgender woman was sent back to Idleb, arrested by Hay'at Tahrir al-Sham and never seen again reports Al-Araby al-Jadeed. 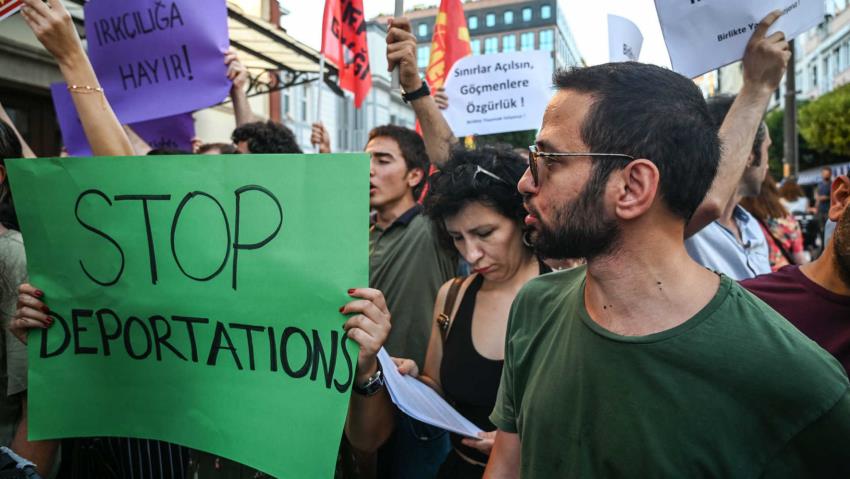 Alarming stories of terror and heartbreak continue to surface amid Turkey’s ruthless campaign to deport thousands of refugees back to Syria’s Idlib province, which faces a deadly daily bombardment of airstrikes by Russian and regime forces.

Among them is the uncertain fate of a transgender woman deported from Istanbul despite living there legally with the correct papers and being under special UNHCR protection for LGBT refugees, the Guardian reported on Friday.

The woman, who was arrested when hospital staff reported her to the authorities as she sought medical help for her sick boyfriend, was detained in an all-male cell and deported before her legal aid counsellor was able to reach her.

She had barely gone 100 metres across the border when she was arrested by officers from Hayat Tahrir al-Sham (HTS), the militant Islamist group which controls most of Idlib province, according to a fellow refugee deported on the same bus.

The officers went through her phone, humiliating her about her pictures with other men, according to the witness.

She has not been heard from since she was seen forced into the boot of a taxi, a bag tied over her head.

She had voiced certainty while at the deportation centre in Turkey that HTS, an al-Qaeda affiliate, would kill her if she went back.

Deportations ‘a huge concern’ for all Syrian refugees

The woman is just one of thousands of Syrians returned to war-torn Idlib since the campaign was waged on July 12.

The deportations are “a huge, huge concern” for Syrians in Turkey, according to Elizabeth Tsurkov, Research Fellow at the Forum for Regional Thinking, adding that the crackdown encompasses refugees who have been living legally in Turkey.

“Nearly all those being deported in Turkey are those that carry documents. They have temporary protection papers, kimlik, and they’re being arrested,” Tsurkov told The New Arab.

Tsurkov has also been following the case of a transgender refugee deported to Syria, who could be the same person featured in the Guardian report. However she hasn’t had confirmation yet if they were arrested upon entering Idlib.

The deportations are spurred by the changing political climate in Turkey, as the ruling AKP party adopt forceful anti-refugee policies after losing the Istanbul mayoral election.

In recent years, public opinion has turned against the party’s previously generous policies towards the estimated 3.5 million Syrian refugees in Turkey.

Only refugees wanted by the HTS authorities will be arrested on their return, the rest are simply “subjected to the horrifying living conditions in Idlib” said Tsurkov.

Idlib, the shrinking final pocket of opposition control suffers a devastating daily bombing campaigns carried out by Russia and the Syrian regime.

According to Tsurkov, other refugees are returned to northern Aleppo, an area under direct Turkish control. It is relatively safer, as there are no airstrikes. However the area has problems with criminality is occasionally attacked by the Kurdish YPG militia operating in northern Syria.

However in Idlib, the situation is so bad, tales of deportations act as little deterrent.

“The situation there is catastrophic,” she added. “Many people who are inside Idlib would flee if they had the opportunity.”