A new investment law hopes to increase investment in Syria by improving mechanisms and providing incentives to people doing business in the country reports Al-Watan. 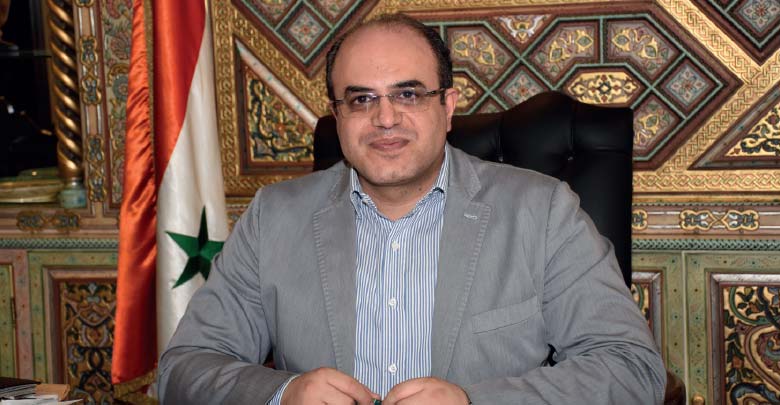 Economy Minister Samer al-Khalil has said the new draft law, the final formula of which was recently approved by the government, will “change the investment map for Syria.” He justified this by saying that it overcame all the gaps that have impeded investment projects to achieve development priorities in sectors with production priorities, which offer added value to the Syria economy—especially given that the country has entered into a stage of economic recovery, which requires attracting the necessary resources to fund the coming stage.

Khalil added in statements to Al-Watan: “The new draft defines the joint vision between the investor and the government and the references pertaining to investment. It also shortens the time for the procedures and gives more assurances to the investment project, with the investor and government’s funds safeguarded, as well as directing resources toward achieving sustainable economic growth. There has also been a full review of the legislation regulating investments in Syria, as a basis to launch a new project.”

According to the new draft, all sectors will be under one umbrella, and therefore the law will be amended to include all material issues which need work, including the inclusiveness of the law and institutional structures, as well as defining the legal form and stimulus packages.

Regarding the most important incentives brought forward by the bill, Khalil said that there were a wide variety of incentives, especially for customs. For example, imports of machines, equipment, production lines and non-touristic service transport means for projects would obtain an import exemption from all customs and financial fees and non-tariff additions in the establishment phase, on the condition that they are used exclusively for the purposes of the project. This is in addition to important tax benefits guaranteed by the project.

The minister noted that there were incentives that aimed to support particular sectors or activities, with the investor given the right to open banks accounts for their project in Syrian pounds and foreign currency at banks operating in the Syrian Arab Republic, in addition to obtaining credit facilities for the project.

The draft law also aims to create a competitive investment environment to attract capital and to expand the base of production with the aim of increasing work opportunities and increasing the rate of economic growth to achieve comprehensive and sustainable development, noting that the ownership of the project will be safeguarded in accordance with the laws and regulations in effect.

It is expected, according to the minister, that the High Investment Council will make a strategic decision and general plans related to investment, the bolstering of competition and the business environment in the Syrian economy in a way that is consistent with the aims and orientation of national development. He added that the tasks of the Syrian Investment Authority were to carry out investment plans that the council approved.

He said that according to the draft, a services center would be set up for investments, which will include representatives of all public entities relevant to investment, and will work as a window into investment.

Khalil closed with assurances that all matters related to the drat have been put forward to the committee for economic policies and programs and have been discussed with a number of relevant bodies, and then have been put forward on a participatory site to take all views into account and then presented to the economic council to reach a final formula for the draft law to be approved in accordance with the rules.