Imad Abou Ras was witness to and was subjected to the worst forms to torture and humiliation inside the walls of the notorious Saydnaya prison writes Zaman Al Wasl. 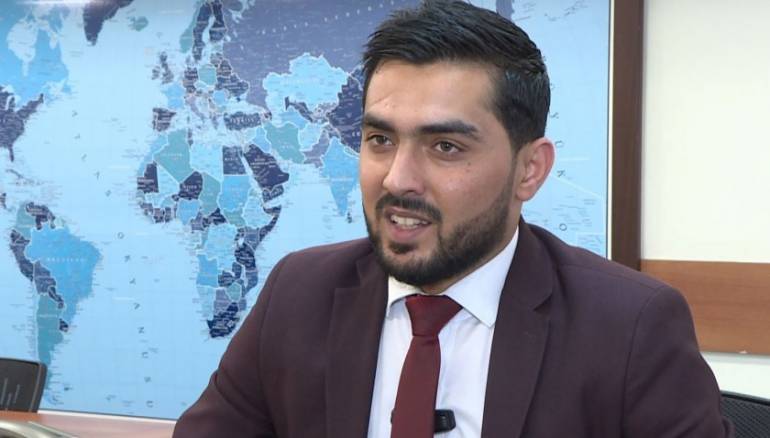 Prison guards at Saydnaya prison forced a 70-year-old old man from the city of Daraya, to throw his teeth in the toilet, and then put them in his mouth again before they beat him. Detainee Imad Abou Ras could not forget this scene along with other methods of torture and humiliation, some inflicted on him, which he witnessed at the prison he calls “the Syrian Bastille”.

Imad Abou Ras, a 30-year-old banking graduate, was arrested on his way to Aleppo by the Air Force Intelligence on Dec. 19, 2012. After spending the night in the coastal city of Jibla, he was taken the next day to the Juba Intelligence command in the coastal area of Lattakia and remained there for nine days, where he was interrogated for his participation in peaceful demonstrations in Aleppo at that time.

After being subjected to various kinds of torture, Abou Ras was transferred to the Air Force Intelligence branch in Homs, where he spent another eight days, during which he was also tortured before being transferred with two dissident officers and a civilian from the Ashrafieh in Aleppo to the Mezzeh branch on Feb. 2, 2013.

There, they were sorted, and Abou Ras was left in the interrogation section (the new building), which includes halls and terraces, and greeted by a torture party before being placed inside a solitary cell. Six days later, the investigation began again; he was suspended from the ceiling of the room, his feet 30 centimetres from the ground. Under his feet was placed an electric heater, which was left there for half an hour, until the soles of his feet began to melt.

The former detainee has spent three and a half months in the branch of Mezzeh Airport and was moved between five cells, the first and the third of which were group cells. He reported that the Mezzeh cells were 2.1 meters by 1 meter and sometimes held more than 14 detainees, while the group cells held about 110 detainees, most of them were from Darayya suburb, west of Damascus.

He said that the cells were dark and airless because they were underground, except for the heavy humidity and dirt, which led to many of the detainees to suffer dermatological diseases such as scabies and skin disorders.

He said that those who left solitary to be investigated did not return to them, unlike the prisoners from group cells who did return. Those who spend more than a year in detention are transferred to the halls and terraces.

Abou Ras recalled some of the painful incidents he experienced inside the Air Force Intelligence Branch in Mezzeh, including the story of a detainee from Darayya named Imad al-Din al-Kuz, in his forties, married with children, and whose temperature rose and who started hallucinating. They tortured him then returned him to the cell in a state of unconsciousness and indifference towards the torture he received. The source added that the detainee began to speak to names of his family, and then began to defecate and was taken out of the cell. A few days later, one of the detainess who had been take out for investigation saw his body, immersed in snow.

On May 11, 2013, Abou Ras was transferred to the Department of Military Prosecution in Mezzeh and was presented to the investigative judge, who referred him to the counter-terrorism court, to be then transferred to Saydnaya for a new period of detention.

The situation in the Syrian Bastille prison, as Abou Ras calls it, differed completely from the prison of Mezzeh, where detainees are forbidden to speak, whisper or even sign or move inside the dormitory. There was no isolation for the convicted or lenience. They were subjected to daily individual and collective punishments, sometimes without specific timing.

Abou Ras confirmed that what was happening in Syria, beyond the walls of Saydnaya, was applied to the detainees inside. When the Free Army advanced, especially in the battles of Palmyra, Homs and al-Qusayr, the jailers increased their hatred, revenge and torture. The collective punishments were temperamental, while individual punishments involved the selection of three or more detainees from each dormitory to be tortured on a daily basis.

After 29 months spent in Saydnaya, he was transferred to Branch 285 of the General Intelligence Directorate in the capital’s Kafr Sousa district and was collected with 270 other detainees from all branches and prisons in Syria as part of a prisoner exchange deal. On Dec. 12, 2015, they were released in an exchange deal between the forces of the regime and the Syrian resistance.