Professor Tayyeb Tizini, who has died at the age of 85, was seen as one of Syria's greatest thinkers and philosophers writes Philosophers of the Arab World. 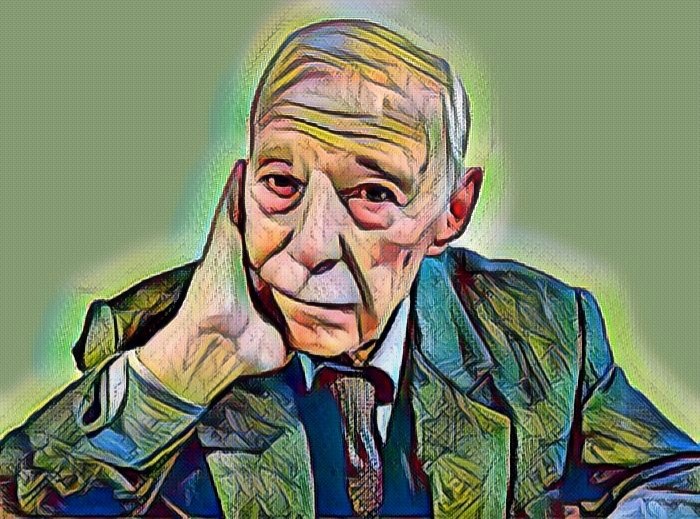 Below are excerpts from the Philosophers of the Arab World on Professor Tayyeb Tizini. We publish them as they appeared.

Professor Tayyeb Tizini (b. 1934), a Syrian Thinker, an advocate of Nationalist Marxist thought, made use of the Historical Dialectic Methodology in his philosophical project of a new reading of the Arabic thought since before Islam till today.

His Youth and Studies

Born in Homs, Syria 1934. He finished his elementary studies in Homs and left to Turkey to finish his secondary studies, then to Britain and Germany. He finished his studies in philosophy and earned his PhD on 1967 from Germany, first, and later on, 1973, earned the PhD in Philosophical Sciences. He taught at Damascus University since then and became a full professor in philosophy till today.

Professor Tizini has participated in political activities in Syria before his travel abroad to study, he describes this period in his talk to ‘Al-Rayah’ Newspaper as follows,

Professor Tizini earned his PhD from Germany, on 1967, the topic was titled “An Introduction to Medieval Arabic Philosophy”, which has been printed in German on 1972. His topic has turned out to be the core concept of a philosophical project when he published his first book ‘A project of a new vision for the Arabic thought in the medieval era’, on 1971, which has been printed afterwards five prints.

Professor Tizini, later on, has turned his core concept into a multi-volume project that aimed to be composed of twelve parts. In this period he finished about six parts of the project, such as ‘Arabic Thought in its beginnings and its early horizons” (1982), “From Yehudah to God” (1985), and “A preliminary introduction to early Mohammedan Islam” (1994).

Professor Tizini finished six parts of his project before turning to concentrate on the problem of “Arabic Renaissance” (in Arabic termed ‘Nahda’, means literally to revive or rise up). This second phase of Tizini’s thought, which started approximately on mid Nineties, has concentrated on the obstacles of Arabic renaissance (Nahda). Whether, those obstacles belong to Arabic thought, or those resulting from the pressure of the West. In this period he wrote, among many other works, “From Western Orientalism to Moroccan Occidentalism” (1997), “The Qur’anic Text and the Problematic of its Structure and Reading” (1997), and “From the Trinity of Corruption to the Issue of the Civil Society” (2001).

With reference to the intellectual turn of Professor Tizini, it can be said that, despite his continued commitment to Marxism, two basic aspects have marked such a turn. First, giving up the classical Marxist analysis of social change, which is based on ‘Class struggle’, and replacing it by an evolutionary process that encounters the whole spectrum of the sections of the society. Second, exclusion of Islamic religious thought, which is a natural position in Marxism, is replaced by acknowledging the importance of understanding religious belief and Islamic faith, as an inner experience of the layperson, as an element in the mechanisms of societal evolution.

Philosophical thought of Professor Tizini is based on an essential concept that my be viewed as the central concept of the whole of his philosophical project. Tizini tries in several forms to prove that the ‘Arabic Thought’, and this includes the pre-Islamic era, is part of the evolution of history of human thought in the general sense. This position produces two consequences. First, despite that Arabic thought have flourished within the ‘Islamic’ civilization as well as ‘Islamic’ thought, nevertheless, as a part of evolution of human thought, it can be analyzed using the materialist dialectic methodology. Second, the concept of ‘Euro-centrism’ which makes Arabic thought marginal to European thought making it a passive carrier of the miraculous Greek thought, is pointless, and even unscientific.

The centrality of this concept appears clearly from his classification of the Arabic thought as belonging to the ‘medieval era’, based on dividing history of human thought into ancient, medieval, and modern. It also appears in his analysis of the ‘Arabic thought’, starting from its ‘early’ phase before Islam, on the basis of the social, economic, and political circumstances before and after Islam.

The philosophical project of Professor Tayyeb Tizini is basically directed toward re-reading the ‘Arabic’ thought throughout its history within its political, economic and social context on the basis of the materialist dialectic methodology. The beginnings of this project go back to the topic of his Doctorate Dissertation titled “An Introduction to Medieval Arabic Philosophy”. This topic, afterwards, has been crystallized, as mentioned above, into a multi-volume philosophical project in his well-known work “A project of a new vision of the medieval Arabic thought”. The description ‘new vision’ is justified by the fact that his work was in reality the first trial to read the Arabic thought through its historicity and its material relations, and in addition, as a part of human intellectual history.

Professor Tizini has accomplished six parts of his project before turning to concentrate on the problematic of the Arabic ‘Nahda’ (Arabic renaissance). The second period in Tizini’s thought, which started approximately on 1997, has been marked by confronting three basic issues that he considered as the main obstacles toward achieving Arabic modernity.

First, the unhistorical structuralist thought, which imposes non-historical judgments on the Arabic ‘mind’ and ‘reason’. This position, in his view, leads to giving up the Arabic ‘Nahda’ (i.e. renaissance) thought. For, if the Arabic mind were inherently deficient then it would be incapable to produce the necessary creative and realistic thought needed to achieve an Arabic renaissance.

Second, the problematic of reading and understanding religious thought, in general, and the ‘Qur’an’ (i.e. the sacred Islamic text) in particular. He sees that it is possible to read ‘Qur’an’ a dialectic-historical reading, and hence, to articulate on such a reading to formulate the necessary concepts of ‘Nahda’ (i.e. renaissance). In this way, according to his vision, it becomes possible to solve the problematic of the relation between the ‘Nahda’ thought, based on Reason, and ‘Turath’ (i.e. Islamic heritage.

The third issue which he confronts in his second phase of thought, is the problems real life that pertains to philosophical thought. The corruption of the Arabic reality, on the political, social and intellectual levels, from one side, and the Civilizational challenges imposed upon the Arabic world by contemporary Western civilization, form another side.

In general, we may say that philosophical thought of professor Tizini aims, in the final analysis, at transforming his previously mentioned central theme, into theoretical concepts and practical applications. On the theoretical level, his thought can be divided into his concept of the philosophical method, which is the historical, materialist dialectic, his ontological concepts about nature and existence, and his historical analyses of the Arabic thought and its relation to Islamic religion. On the practical level, his thought can be divided into two basic lines. First, his philosophical thought about the means of dealing with the ‘Qur’anic’ (the Islamic sacred book) text and the conditions of reading and understanding it in view of the materialistic-dialectic method. Second, the conditions of ‘Nahda’ (Arabic renaissance), and the relation between Arabic societies and the international Western Imperialism.