As UN Secretary-General, Antonio Guterres, calls for the implementation of the ceasefire agreement, he fails to mention the terrorist presence in Idleb writes Al-Watan. 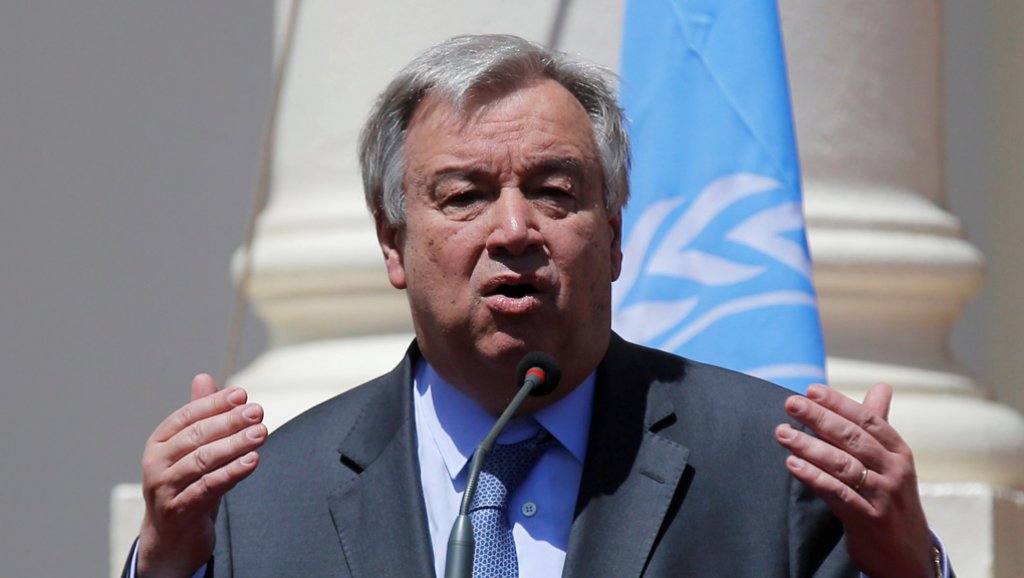 UN Secretary-General Antonio Guterres is weeping over the situation in Idleb and expressing his “concern” over what he called the “intensifying hostilities” there, forgetting that the organization he heads has classified al-Nusra Front, which controls Idleb, as a terrorist group.

Guterres said in a statement quoted by the AFP agency that he, “urges all parties to uphold international humanitarian law and protect civilians,” and, “urges the parties to recommit fully to the ceasefire arrangements of the memorandum signed on Sept. 17, 2018,” referencing the “Idleb agreement” which was signed in the Russia city of Sochi.

Despite Guterres remembering the Idleb agreement, he did not remember the items of the deal that compelled Turkey to work to withdraw terrorist groups from the “demilitarized” zone by the middle of October, which it has still not done.

In his statement, the Secretary-General noted that, “three health facilities were reportedly hit by airstrikes, bringing the total to at least seven struck since Apr. 28, 2019,” according to the agency.

Although Guterres spoke of three health facilities being hit by airstrikes, he was previously silent about terrorists continuously striking hospitals with mortars in al-Suqylabiyah, Muhradah and Masyaf over the last few weeks and months.

Guterres called on the, ”Astana guarantors [Russia, Turkey and Iran] to ensure that this [a ceasefire] takes place.” He also said: “Nine schools have reportedly been hit since Apr. 30, 2019, and schools in many areas have been closed” without saying who was responsible for these acts, according to the agency.

The Secretary-General’s statement made no reference to the terrorists striking the cities and towns of the northern Hama and southern Idleb countrysides as well as Aleppo’s districts, while also neglecting that his organization has designated al-Nusra Front as a terrorist group.

The statement said that “The Secretary-General is following with great concern the intensifying hostilities in the de-escalation area of north-western Syria involving Syrian Government forces and their allies, armed opposition forces and Hay’at Tahrir al‑Sham”—the current face of al-Nusra.

He also expressed concern over reports of, ”aerial attacks on population centres and civilian infrastructure resulting in hundreds of civilian dead and injured and over 150,000 newly displaced persons,” as he claims.