The talks in Berlin, which were attended by 24 people, developed a 'Code of Conduct for Syrian Coexistence', although some criticised them for lacking political vision writes Asharq al-Awsat. 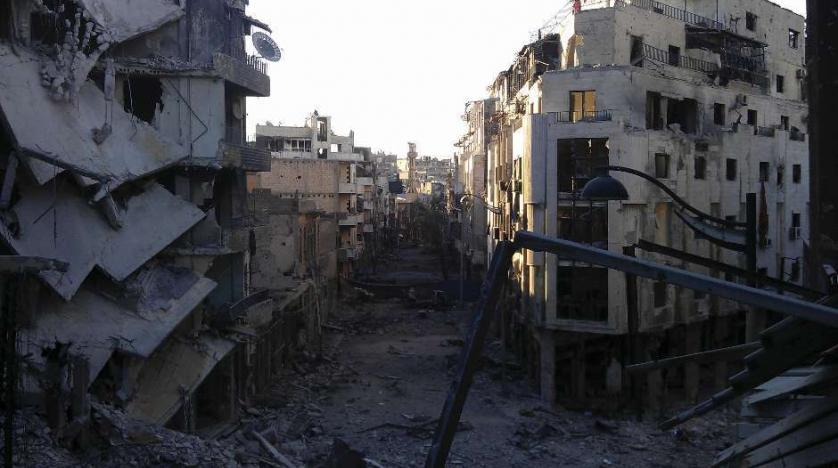 After two years of closed-door talks between various segments of Syrian society, most notably Sunnis and Alawites, they decided to go out in the open and declare a document on “joint Syrian coexistence.” The document presents principles that are supra-constitutional and provide the ground to the formation of an all-encompassing council that steers clear of the regime-opposition equation.

The final round of these talks was held in Berlin on Friday and Saturday. Twenty-four figures attended to represent various Syrian social communities. Among them were nine Alawite former lawmakers, elders and influential social figures. They came together at a roundtable with opposition, “rebel” and clan leaders, as well as Kurdish and Christian figures, from throughout Syria.

While diplomats dismissed the talks because they lacked a political vision, others highlighted its social significance.

The media was not allowed to disclose the exact location of the meeting or the names of the participants, who assured that the Syrian authorities were not aware of the details of their discussions and agreements. They portrayed themselves as Syrians, who refuse to be described in sectarian terms.

The idea of the dialogue first emerged in 2016 and meetings were held by Alawite and Sunni figures in France and Switzerland. After overcoming various differences over the “transition phase” and formation of a “presidential council” in Syria and after introducing some structural changes, more meetings were held between the Alawite and Sunni teams in mid-2017. The participants included Mulham al-Shabali, of the Al-Fawara tribe, Sheikh Amir al-Dandal, of the Al-Aqaidat tribe, Aounein al-Jarba, of the Shamar tribe, Mustafa Kiyali, of the National Bloc in Aleppo-Idlib, and various Alwaite figures from Tartus, Homs and Latakia.

After months of discussions, they agreed to form a council of the eleven-item “Code of Conduct for Syrian Coexistence.” Three spokesmen were chosen to explain the eleven principles and present them to “embracing social environments” inside and outside Syria.

Saturday’s talks witnessed a heated debate over foreign forces in Syria, until the question over why the figures chose to come out into the open was raised. Everyone had his own reply.

Jarba said that he noticed that the code of conduct was positively received by his acquaintances and his the “embracing” environment because they realized that the participants were seeking to establish the central social system of a future Syrian state that is based on social justice.

On the broader level, he stressed the need to introduce a greater Arab role in Syria. He urged Arab countries, starting with Saudi Arabia, to lead the Arab role in resolving his country’s crisis. “Other countries have interests, but Arab ones are our relatives and Saudi Arabia is our older brother,” he was quoted as saying.

Moreover, Jarba said that the Syrian people do not believe that a solution could be found in the regime-opposition equation. The solution lies in the “embracing” environment and the code of conduct is a message of reassurance to the people that there were forces that were working for them and their future.

He warned that the regime will not allow the emergence of a civil society and believes that the solution lies in local societies. “We are the guarantees of the future and the participating Alawites know this,” he stressed.

Former Syrian Ambassador to London Sami al-Khaimi warned that the danger lurking around Syria is that the Syrians are not united in combating foreign ambitions. He stressed the need for Syrians to seek economic interests.

After two days of talks, each figure returned to Syria or back to their expatriate life. They did, however, agree on promoting the code of conduct and seeking efforts to resolve disputes in their local communities without waiting for a long-stalled political solution to come from higher powers.