Young men are signing up to join private security firms, some of which are being backed by foreign powers, and providing protection to religious pilgrims writes Al-Modon. 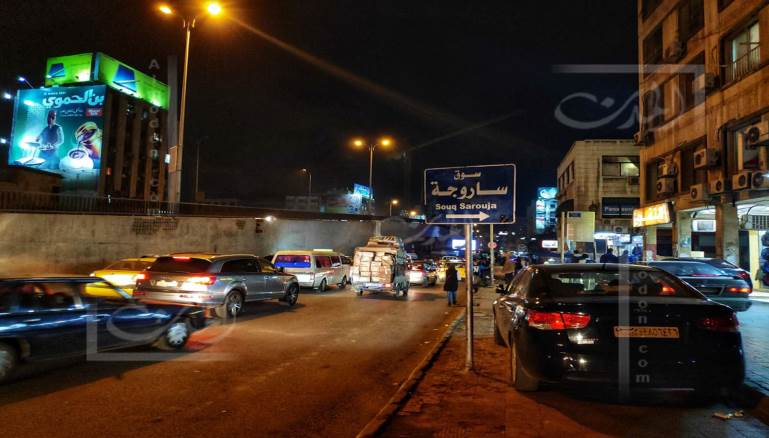 On one of the streets of the al-Mezzeh district in Damascus, young men between the ages of 17 and 19 gather, exchange chatter. At first glance it might seem that they are waiting in front of one of the conscription center to be sent into military service—a scene familiar to the capital’s residents. But no. These young men are gathering in front of the office of a private security company.

The office puts up no signs and does not put up requests for new employees. It is an office of one of the new security companies in Syria, which sometimes resemble real estate offices. There is no indication of the nature of the real work that this company undertakes in terms of security preparations.

One security company worker told Al-Modon that his professional course in the private security field began with the Bustan Charity Association, and the height of his work was in 2008, coinciding with the events of “Damascus, Arab Capital of Culture”. The work in Bustan had been limited to securing the entry of artists to the stage, their reception, and organizing their interactions with the audience, as well as ensuring that they complied with formal dress and preventing them from carrying any arms. He also informed the head of the security unit if any emergency occurred.

After 2008, Bustan contracted with a number of real estate offices and wedding offices to supply them with protection groups. At that time, they were mainly tasked with organizational duties. rather than security missions.

In 2013, the religious visits from Iraq and Iran to Damascus increased. According to Al-Modon’s sources in the Migration and Passports Directorate in Damascus, the encouragement and protection of religious tourism came at the request of Tehran, and gained the attention of the Ministry of Tourism.

Iran’s long arm in these private companies was the Castle Security and Protection company, which took the Mezzeh/Western Villas district as the center of administration. All of its members received special training in Iran, and it is the one private security company that has the ability to dismantle mines and explosives.

Castle was licensed in 2017, but it has been operating since 2013, accompanying Shia pilgrims from the Damascus airport to religious centers. It also has a fixed observation point in the area of the Sayyidah Raqqiya Mosque, one of the biggest Shia shrines in Damascus. The company also secures the passage of commercial goods from the Tartous port to Damascus, Homs and Aleppo. The loyalist Sama channel promotes it.

Russia also has a share in the private security companies, such as the al-Sharouq Company for Security Services in the al-Shaalan district. Russian-backed security companies also participate in protecting the Bemo Bank, Bank of Syria and Overseas, al-Baraka Bank, and the Syria International Islamic Bank, as well as the al-Safir Hotel in Homs, which hosted negotiations between the besieged districts and the regime during the siege of Homs.

In addition, al-Sharouq protects the Hisyah Industrial City and the opening of the Emirati embassy in Syria.

The regime warns against working with any unlicensed company, or any company that is not subject to licensing conditions, such as being a limited liability with a commercial registry.

With more than 70 licensed security companies, the doors for competition between them are open. However, the Iran-backed Castle Security and Russian-backed al-Sharouq company are the strongest in the field. The competing firms also include Rami Maklhouf’s Qasioun, which was founded in 2014 and takes the City Mall building in Kafr Sousa as its center, despite the official registrations saying it is Jaramana in the Damascus countryside.

An employee at al-Sharouq tells Al-Modon that 90 percent of the private security companies’ employees have not been registered with the Ministry of Social Affairs and Labor, and therefore they do not receive any compensation if they are severely wounded in the field. They also do not receive compensation if they are fired or they die. The employee adds, “We all sign our resignations before starting work.”

Rather than monthly salaries, these companies pay their employees for the days they use them, with the wages ranging between 150 and 250 pounds per hour, without any contracts.