While the recorded number of drug users in Syria continues to rise, the facilities to treat addicts have not improved writes Al-Watan. 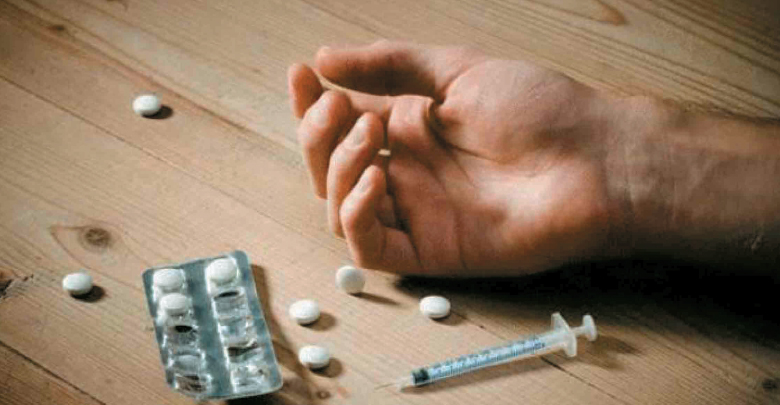 The Director of the Ibn Rushd Hospital for Psychiatric Illnesses and Addiction Treatment, Dr. Amal Shakko, has revealed that 6,939 patients were referred to outpatient clinics in 2018.

Shakko said that drug addiction had spread among young and adolescent people and that the age of drug usage was becoming lower as a result of the war and the negative psychological and health impacts it has had on both sexes in this generation. Many have resorted to painkillers to the point of addiction, or have become addicted to other substances, such as hashish, heroin or others.

Shakko told Al-Watan that the Ibn Rushd Hospital was currently the only hospital in Damascus (alongside the Ibn Khaldoun Hospital in Aleppo) that was offering addiction treatment. She said the current number of patients was 25 and that there were 58 beds where patient could be accompanied by a family member, especially if female. The medical staff offers treatment programs, which lasts two weeks, during which time the substance is removed from the patient’s body and he is completely isolated from his environment and subjected to continuous monitoring. This is provided that they volunteered to be treated, or if they are under 18, and admitted by their guardian. The hospital does not receive patients who are involved in criminal cases or issues such as drug dealing.

Shakko added that there is a major connection between drug use and psychiatric illnesses. With the exception of the genetic factor, the social and environmental conditions lead to this connection. However, the process of offering treatment requires separation, which the hospitals lack, despite all the services and medical necessities for the patient, including heating, food and medical care being available. There was also a park attached to the hospital, where they offered physical therapy, but this is currently being renovated.

Shakko said that after treatment there was a rehabilitation stage which is not available in Syria. It is the longest stage and lasts for two months and requires centers equipped with major capacities in order to treat the patient and to prepare them to re-enter their communities and to be strong enough to handle their conditions.

In the absence of this stage, there is a gap in their path to recovery, and so subsequently this causes some of them to relapse after they are treated in the hospital, Shakko said.

The head of the drug department in the Health Ministry, Dr. Majda al-Homsi, told Al-Watan that the rate of drug abuse among adolescents and university students has risen because of the war and its fallout. She said that to stop the issue spreading the Ministry has made it a priority, by launching a non-traditional and swift awareness campaign in cooperation with other ministries, which gave birth to the “Hamayti” (My Protection) campaign. The campaign includes a number of programs in coordination with the Nour Foundation in the Social Affairs Ministry, and with the National Council for Drug Protection, pending the launch of the missing rehabilitation program in Syria.

Homsi said that issue of drug abuse was alien to Syrian society. There were no precise statistics about the rate of drug use, but it had increased due to the conditions of the war, which led to the smuggling of hashish and it being sold among young people. She said that the Ministry’s measures to fight this phenomenon were currently limited after offering treatment, setting up an awareness program, and monitoring pharmacies and doctors and regulating the distribution of psychiatric drugs within regular prescriptions.