For both pro-regime and pro-opposition commentators, the announced withdrawal by the US is a chance and lost opportunity writes Syrian Snack (independent website) 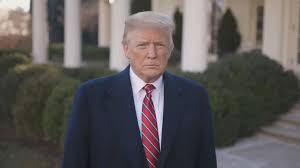 The pro-regime political writer and analyst Mazen Bilal, described the American withdrawal from Syria as an “escalation par excellence.” He believes that the security gap will be difficult for everyone to fill, and added that the east of the Euphrates has become a serious conflict.

Bilal is not the only one who has commented on the withdrawal. Many Syrian elites, politicians and journalists, both loyalist and opposition, have commented on the US decision, which is one of the most prominent events of 2018 and whose effects may not end in 2019.

The journalist and writer Abdullah Suleiman Ali, believes that the most dangerous aspect of the withdrawal comes in light of the efforts led by the US Envoy to Syria, James Jeffrey, to re-attract Turkey and to find a balanced settlement between them and the Syrian Democratic Forces.

Ali asks whether the position of Damascus, Moscow and Tehran will be to fill the gap left by the US or to leave for Turkey or some other ally of Washington.

However, he believes that as a whole, it is too early to evaluate this withdrawal, especially given that it comes at a time when strategies are changing—and given that the new American strategy will not use a military presence as the cornerstone of its work.

The head of the National Construction Movement, Anas Jowda, suggested that the tweets of US President Donald Trump were part of an internal American struggle whose outlines had become clear since the Khashoggi case, with Jowda saying that “Trump’s tweets are a slap in the face for the Pentagon’s arsenal.”

Jowda continued to stress the basic ideas that the Americans were occupiers and Turkey was upset, and that each country was working to achieve its interests, even if that is at “the expense of Syrians.” He said that the people of the northeast were Syrians and children of the country, in an indication of his rejection of the current rhetoric of schadenfreude and accusations of betrayal.

The researcher Mohamed Salah al-Fatih ruled out that this American withdrawal would be “for free,” and discussed the possibility that the withdrawal would come about with a consensus with an alternative party, which could be the Iraqi Peshmerga, or Arabs from eastern Syria, or the Turks.

He adds, “It’s ridiculous to suppose that the Americans would throw away an important card in their hands without calculation and without thinking about how to take advantage of it. Certainly Trump is drowning in his own problems and will not behave in a way that makes him look like he is giving a free service to Russia.”

Mona Ghanem, the former head of the Building the State movement, believes that the withdrawal comes in a dangerous and escalatory context. She tweeted that it came after threats from the UN Secretary General to leave the Syrian issue to Russia and Jeffrey threatening to derail the Astana process if there was no agreement on the Constitutional Committee.

Ghanem believes that the Americans will remove their hands from the Syria issue and that this will obstruct any possibility of a political solution or any kind of settlement. She added that there will be no possibility of a solution unless the Syrian authorities accept the opposition and work with them towards a political solution, which is something that Ghanem fears is no longer at hand.

The pro-regime writer Emad Fawzi al-Shaibi believes that the withdrawal is an opportunity to get out of the chaos. He said, “This is the moment that will require Ankara to urgently create an understanding with Damascus, or face increased migration. Damascus will have to choose between the Arab League and those who control it, and Turkey and its neighbors.”