Huda Youssef al-Jubai has overcome countless challenges to see beyond the tragedies in her life and the events that surround her, to forge ahead and create something better writes Ana Insan. 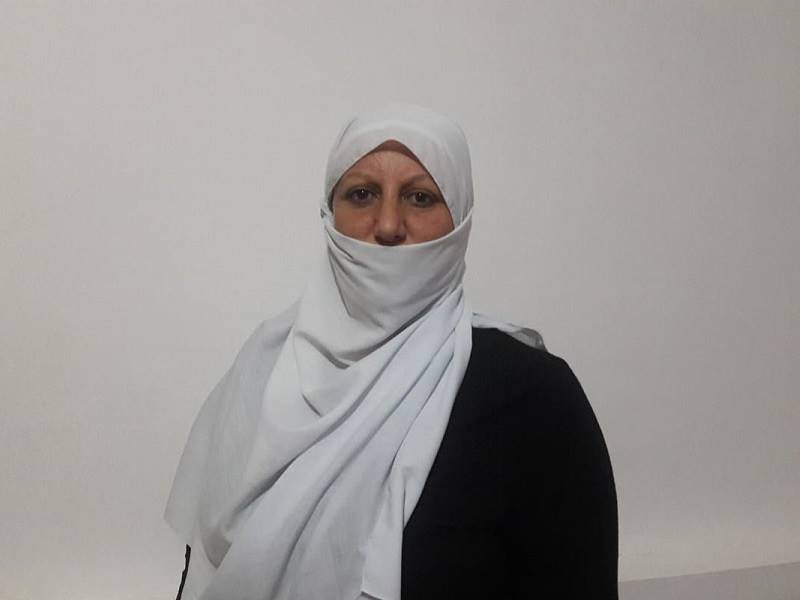 The explosive bullets penetrated the beautifully painted walls of Ms. Huda Youssef al-Jubai house on Thursday morning, Jul. 20, announcing the start of a special type of battle, planned by the Islamic State (ISIS) and its many servants, to humiliate Jabel al-Arab by capturing the largest possible number of women and children and killing the men, as has happened in other areas in Syria.

The education worker and student—who obtained a secondary degree at the age of 44—prevented her husband from going to the roof of the house with his Czech rifle, which he’d received as part of his work. She persuaded him that he would die in vain. Her inner mind told her that they were coming to take her alone, and so in a small room she gathered the children and her neighbor, who had fled her house. The bullets began to beat down everywhere and smash the walls, glass and furniture to bits. She bolted the door from inside with metal, and for many hours, fear and watchfulness prevailed. The neighbor was nearly paralyzed, her blood pressure lowered and she lost consciousness. Huda slipped into the kitchen beneath the bullets and brought some food and matte. She then crawled toward the room to give her children and their guest a sense of security and to restore a little peace to their hearts, despite the spasms raging in her husband’s heart after losing all forms of contact with his family because of the house’s position far from the center of the al-Shabaki area in the eastern Suweida countryside.

They remained surrounded until evening, when people arrived from other villages, and the family was able to flee through the back window of the house. With the help of young men from the villages of al-Rashida and Bousan, who had come to rescue their brothers and sisters, the family was put into a special car that fled under gunfire to the city of Shahba. The head of the family, Emad al-Jubai, remained to take revenge for the cold-blooded killing of his family.

The surprise that pained Huda greatly came hours later when she learned of the deaths of her mother, uncle, and a large number of her cousins. But she knew that the sadness was useless, and that she needed to be stronger than all this death—especially after becoming responsible for her family because of her the absence of her husband, who had remained to protect the village.

Obtaining a secondary degree was one of the great triumphs of her life, especially after a marriage that failed miserably and which in the beginning led to her being prevented from studying, and which had tortured her indescribably, and also prevented her from seeing her two small children. Her second marriage to her cousin helped restore her self-confidence and she was successful in mothering her new children and in obtaining a secondary degree in the literary department even though she had not studied more than 10 days. Foreign languages were a great obstacle, which she overcame with great skill and determination.

A few days after ‘The Four Black Days’ (as the people of Jabel al-Arab call them), Huda completed her exams for her secondary degree. Despite the darkness and mourning, she went to the exam with encouragement from her husband and she is now planning to enter a literature college to achieve her dream and fulfil herself.

Huda, who has seen great tragedy in her short life, looks forward with great optimism to her oldest daughter obtaining a secondary degree and entering arts college and her son achieving his dream of entering the mechanics college, which will bring out his talents in invention and help him achieve what she could not.