The Syrian regime is obstructing the displacement of people from Eastern Ghouta, months after the battle there ended, Zaman Al Wasl reports 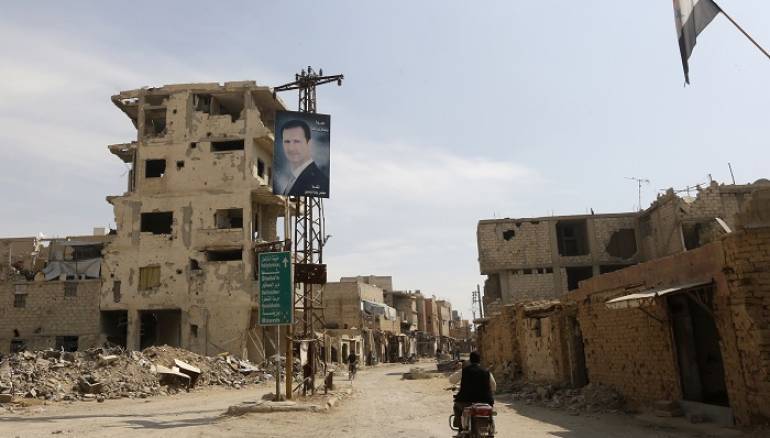 The Syrian regime has imposed more restrictions on the people of Eastern Ghouta, six months after a humiliating reconciliation deal.

Each person who is from Eastern Ghouta needs a security permit to enter the capital or even to cross through the destroyed towns of the area, activist Baraa Mohamed said.

With the recapture of Eastern Ghouta last April, Bashar al-Assad has become more secure in power than at any time since the start of this seven-year conflict, according to the BBC.

The residents of Ghouta need to obtain an exit permit issued by the police station of his area. Also, the permit should be signed by the director of the district and the mayor to allow them to move freely between the towns and avoid reprisals from the security services.

Abdul Karim Al-Bouqai, a pseudonym, said that he had to pay a large sum of money to a security agent in the town of Douma in order to obtain the security approval that would allow him to enter Damascus with his mother.

“I am forced to go to Damascus almost every week, my mother is sick, and she is in urgent need of undergoing periodic treatment sessions that are not available in the hospital opened by the regime in Douma and other medical centers in Ghouta,” Al-Bouqai added.

The fall of Eastern Ghouta was not as significant as the regime’s recapture of eastern Aleppo in 2016, which changed the course of the war.

But it did cement the growing control of the Syrian regime – heavily backed by Russia and Iran – over large parts of the country.