At the second Syrian Media Festival, members of the regime media have admitted faking reports and broadcasts to aid the army's advance on the ground reports Al-Modon. 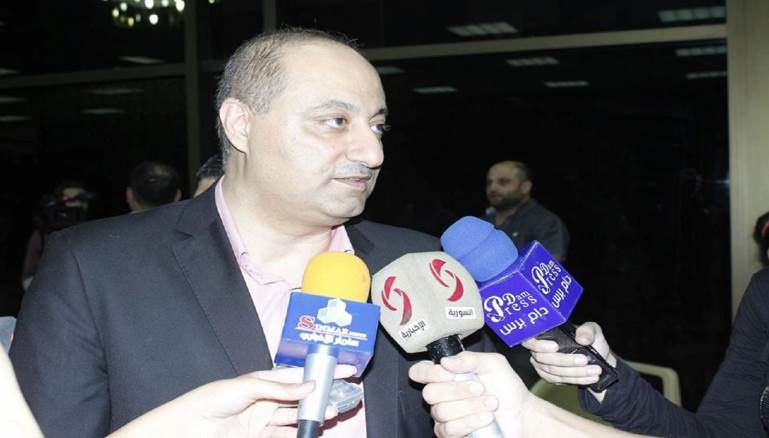 A year and a half ago, the Syrian al-Ikhbaria channel said live on the air, that it “did not provide misinformation.” Today, it seems that the Syrian media as a whole has become proud of its professional lying and deception, without moving around the subject. This became clear in the statement by Syrian Information Minister Imad Sara, the previous director of al-Ikhbaria, on the sidelines of the second Syrian Media Festival.

During one of the festival’s forums dedicated to paying tribute to “Syria’s victory,” Sara revealed the role played by the official media in the battles for Aleppo, Daraa and eastern Ghouta. He described the matter as a “media battle,” which put official media alongside the army. He revealed some cases in which the official media presented false information and faked live broadcasts in order to disguise the operations of the Syrian army. This was in the presence of General Hassan Hassan, the Director of the Political Department in the regime’s army; Bouthaina Shaaban, political and media consultant to the Syrian presidency; Deputy Foreign Minister Faisal Mikdad; the former Information Minister Mehdi Dakhlallah and Lebanon’s former Foreign Minister, Adnan Mansour.

Sara said, “ During the media coverage of the battle for the Gharaz mills in Daraa, there was a live broadcast on Syrian national media that featured live pictures and sounds from a battle. Many will be surprised to hear that there was no battle. The battles was in a completely different area. This coordination with the Syrian Arab Army during live broadcasts has had a very big impact on the advance of Syrian Arab Army on the ground.

Loyalist activists and pages carried Sara’s comments as an “achievement”, including in a post written by Madar Ibrahim, Head of the Electronic Media section at Syrian Television, despite the fact that in reality this achievement is not actually great, because it is a violation of all professional media ethics, which are based on objectivity, credibility, and the search for truth. These “normal” breaches are what make official media at the end of the day the regime’s mouthpiece, and not a national media for all Syrians as the official slogans claim.

The acknowledgement of the lies by the Information Minister does not come in the context of a recognition of error in order to be corrected — but rather driven by pride and a general sense among the regime that it has been victorious in the war as well as a demand that the local public respect the official media by describing it as a partner in the battle alongside the army. This is because the image of the official media has not improved with loyalists in recent years, unlike the positive change in the image of the army and soldiers among loyalists.

The official media putting itself on an equal level with the army shines a light on the need for those working within it for respect due to the sense that they are lying openly, as well as the fact that they are treated generally as second-class civil servants. This came after a growing number of criticisms of the official media because of the new visual garb presented by the Information Ministry which did not succeed in reducing the general dissatisfaction with the poor level of Syrian media.

The current festival bears the slogan “Victory Tale” and was organized by the regime’s Journalists Syndicate for the second year in a row. The forum’s activities include information about “the steadfastness of the Syrian media throughout the war and the important role of media workers that confront the misinformation of the media channels backed and funded by various other states.”

Transforming the battle in Syria into a media battle is also modifying the facts. Assuming that everything that has happened in the country since 2011 was a trick between national and hostile media is an official attempt to explode the idea of the Syrian revolution which made millions of Syrians go down to the streets to demand freedom and democracy. This is in line with the official media’s efforts to deny the presence of protestors in the first place, and claim it was a lie invented by “biased” and hired media.