As security continues to break down in Idleb, kidnappings and the high cost of ransom are becoming ever more frequent reports Etihad Press. 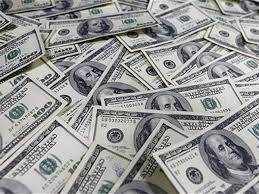 Idleb province has been enduring a continuous security breakdown for months, exacerbated by the competition between various factions for control over the province, which now harbors about four million civilians, most of them displaced from other Syrian provinces. The latest chapter of this security breakdown was the release of a kidnapped civilian who had been held by an unknown armed group in central Idleb city. He was released in exchange for a ransom of hundreds of thousands of dollars after marathon negotiations.

Activists from “Eyes on Idleb” reported that a person called Wasil al-Omar from the town of Kafr Bateekh in the Idleb countryside was kidnapped about two months ago by this unknown armed group. To start with, the kidnappers demanded a million US dollars (about 460 million Syrian pounds) for his release. The activists added that the family of the victim negotiated with the kidnappers throughout this period and succeeding in reducing the ransom to 300,000 US dollars (about 138 million pounds) which was paid to the kidnappers .

Activists said that the release of Omar was completed in central Idleb on Sep. 25, 2018, in broad daylight within sight and hearing of everyone, including al-Nusra Front security officers, who theoretically undertake the preservation of security in Idleb city. The activists said that the ransoms demanded by the unknown kidnappers had increased as their operations had gone on, with August seeing the release of the Lattakia countryside medical director for a ransom of 120,000 US dollars (about 50 million pounds) in addition to the release of Dr. Mahmoud al-Mutlaq for the same amount.

Observers say that these ransoms have become “sources of self-financing” for the unknown groups, especially after their main source of self-financing, which had been the kidnapping of foreign journalists and those with foreign citizenships was cut off, after Idleb became a hotbed of these groups and to enter the area was akin to falling into a hornet’s nest, where there was no guarantee you could escape.