When the regime took control of northern Homs in May, they promised that students would be able to return to their studies, but so far, pupils have not been able to return writes Hurriya Press. 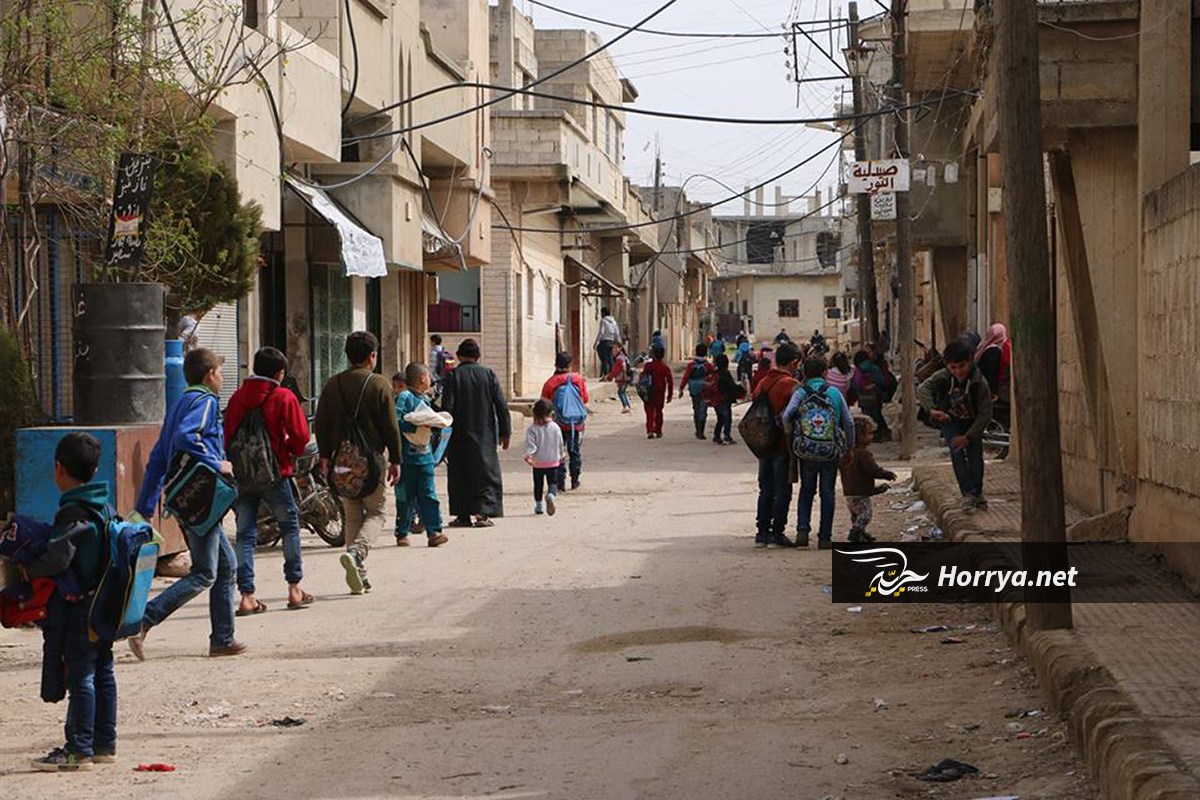 Many young people in the northern Homs countryside who refused to be displaced under Russian supervision remain hopeful that the deal between the negotiations council and the Russians, which was agreed at the beginning of May, will ensure that they will return to their schools, universities and academies.

One student, who asked not to be named, told Hurriya Press: “After the agreement and the promises to ensure the right to study, I decided to stay because I want to complete my studies. But after the rebels left the northern Homs countryside, they have not implemented any items of the agreement, most importantly the one about education.”

The student said: “We consulted our academies and univeristies and promises were made to settle our situations as soon as possible, but the school year has begun and the promises have not been kept. Me and many others are waiting to register and return to our studies.”

He also noted that if the situation remains the same, then there is a danger of arrest and being sent into military service, which has happened to a number of young men who chose to stay. He said that, “In this way the academic future of these young people is eliminated. They were put in areas which endanger their lives, and if they had known what their fate would be, none of them would have remained.”

The issue is not limited to this matter alone. Even small children who were not previously registered were not entered into schools because their identity papers were not completed — this is the excuse given by the school managers in the northern Homs countryside.

Umm Rahaf told Hurriya Press: “My husband was arrested five years ago and I have two children, one is seven and the other is six. They should have been put into school, but I was surprised when I went to the director’s office and he said that he couldn’t do that until I brought the family notebook. I told him that I couldn’t get it from the directorate, as I would have to establish the marriage, and then register the children and pay penalties.”

Umm Rahaf said that this would cost about 200,000 Syrian pounds, and she was unable to pay this. But the director’s response was that “times have changed,” she said.

Umm Rahaf is still confused about her situation. She remembers the northern Homs countryside when it was under rebel control, when education was free without the need to show identity documents or anything else, as the lack of availability of these papers was taken into account. What was strange, she said, was that the teachers are the same, but their behavior had now changed.

There are a large number of students in the northern Homs countryside whose fate is unknown, and who are waiting to return to school after the regime forces took control of the area in May as part of a Russian deal.