When the dust settles on the war in Syria, relations will have to be developed and compromises made writes Al-Watan. 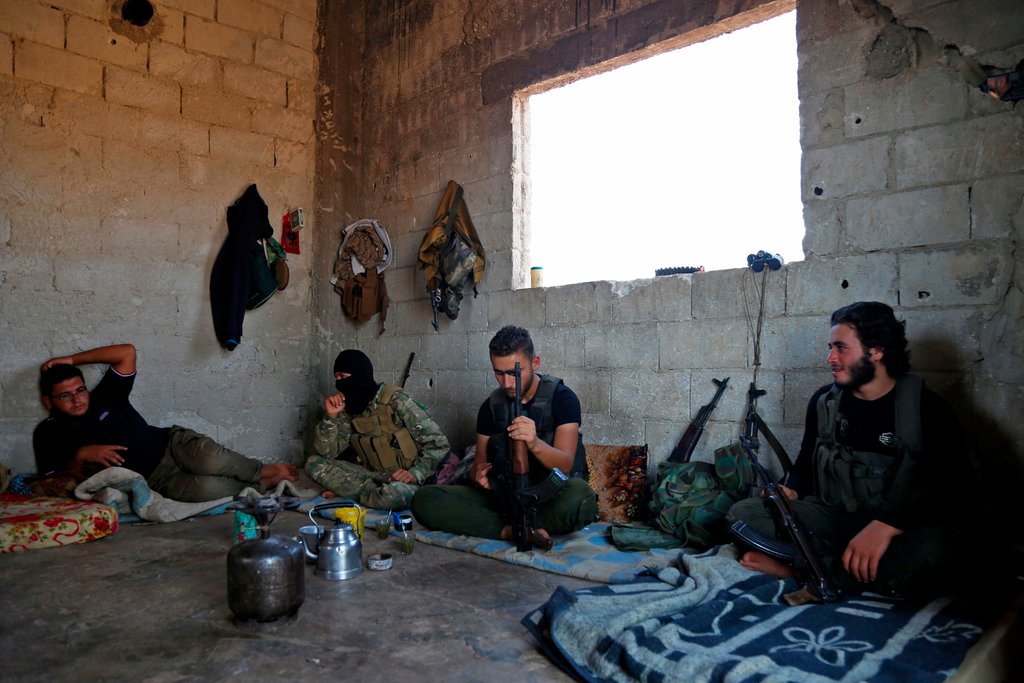 The battle for Idleb has great domestic, regional and even global significance. Domestically, it can produce a number of significant positive outcomes. It represents the focal point of the war and could be a turning point which will shape the future of postwar alliances. Ending the terrorist presence in Idleb and the states funding and operating the terrorist groups will have positive implications. This will leave their backers perplexed as a result. It is not in the interest of these groups for the war in Syria to end; they will not be saved from the bitterness of defeat. Despite the attempts of some parties to give the impression they are fighting against terrorism; in truth they are looking for an opportunity to leave with as fewest losses possible.

Erdogan has mounted the anti-terrorism horse and information has been leaked about his intention to eliminate al-Nusra Front, after acknowledging it is a terrorist organization. This means that the Turkish President has decided on an eastward orientation towards Russia and Iran as a prelude to correcting relations with Syria after years of pursuing a policy of playing the strings and moving from one embrace to another — which resulted in one failure after another. After he reached the point of “zero friends” in the region, due to his support of terrorists, in terms of armaments, funding and providing safe passage, the reward came from Donald Trump when he imposed sanctions on his country which added renewed strain to the already crippled Turkish economy and forced him turn to his Qatari allies for a lifeline, which came in the form of an injection of billions of dollars to stop the Turkish lira bleeding any further. However, it has not in any way removed him from the quagmire into which he put himself. Compounded regional troubles and amidst rising tension with his European partners has forced him to do change track and give up on his malicious, spiraling dreams.

In contrast, the European Union, despite some aggressive statements from French President Emmanuel Macron, has had most of its leaders stay silent. But their silence is mingled with major anxiety about the fate of their country’s security once Idleb is cleansed of terrorists. The situation will differ from what happened after the fall of Ghouta and the southern region. After Idleb there will no longer be any green bubbles transporting terrorists to new locations inside Syria, and their fate will be sealed — either die or flee toward the countries from where they came. Statistics show that there are hundreds, if not thousands, who have come from European countries and will be a serious security risk to the the European continent if they return as “lone wolves”. This leaves Europe with two choices, the sweetest of which is still bitter. They can cooperate with the Syrian state to reduce the repercussions of terrorism, which means tacitly acknowledging the correctness of Damascus’s approach. Following this, the first step will be removing the oppressive sanctions and restoring relations with Syria and thus rendering useless the last eight years of efforts expended to try and bring down the Syrian state. The second option is to continue the same aggressive policy which will risk the security of Europe.

Put another way, Europe’s leaders face choices that will lead to one result, which is acknowledging defeat. However there are still opportunities for them to adjust their policies to reduce the burdens

In the end, the American master, who does not want to lose control over the unipolar hegemony, is trying to make gains using threats and intimidation. They have sent messages to Syria’s political leaders that offer enticing proposals of withdrawal and an end to the war in exchange for privileges in oil investment and a share of reconstruction. This has been rejected categorically by the Syrian state, due to its conviction that victory is inevitable. The outside must accept defeat or await the knives of the Islamic State, which will cut those who cared for it and the forces which strengthened it — and tomorrow is coming soon.