The locals continue with their business as usual, for they cannot stop everything for fear that a rocket may land somewhere at random 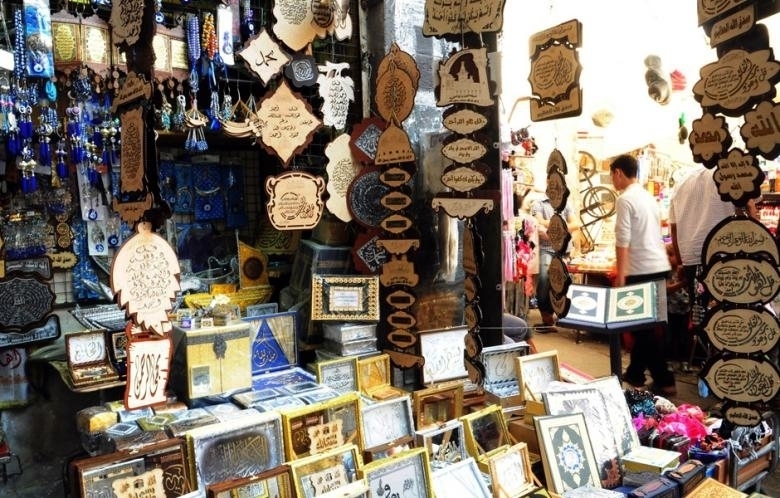 Visitors to Damascus will find that they are not the only ones rediscovering the city. The capital’s own residents are reacquainting themselves with its neighborhoods and geography, trying to keep up morale in the face of a deepening crisis.

Immediately, visitors will receive a full lesson on the military geography of any given area, so that they begin to discern which front is active at any given time. Only months ago, it would have been thought suicidal to pass through Abbasiyeen Square and the Zabaltani neighborhood near the capital’s center. When it was finally “liberated” [retaken by regime forces], locals began to treat the area as if it were sacred, venerating each stone. Today, their eyes have turned to the battle for Jobar, a neighborhood from which opposition fire can reach Bab Touma and the Qassaa area.

There is no need to inquire about all these details, as they inevitably come up in conversation, particularly following the sound of an occasional explosion. Immediately, visitors will receive a full lesson on the military geography of any given area, so that they begin to discern which front is active at any given time.

Peter, who owns a jewelry store in the old Hamidiyeh market, lives on one of these frontlines – between the Christian neighborhood of Bab Touma and Jobar, where the armed forces are engaged in an effort to expel opposition fighters who use the neighborhood to strike parts of the capital with mortar and sniper fire.

He receives phone calls from his family after every attack to reassure him that they are safe, prompting him to shutter his store and rush home. Only five days ago, a rocket fell on one of Bab Touma’s main streets, killing three people. The next day another landed on a busy street but did not explode. A Syrian friend points to the damage it caused to the sidewalk across the way, but it was hard to see since a group of men were sitting on the spot as if nothing had happened.

Francois, a hairdresser in Bab Touma, says that testing your luck with the mortars has become a daily affair. Life here has clearly not stopped and the locals continue with their business as usual, for they cannot stop everything for fear that a rocket may land somewhere at random.

In the evening, armed guards from the neighborhood stand watch in Bab Touma’s streets, a practice adopted in many parts of Damascus. One of them insists that Syria’s Christians are being threatened more than any time in their history. “We have paid a heavy price for remaining here,” he says, “and we will not allow anyone to expel us,” refusing to leave the country to be run by “the bearded men,” in reference to Islamists.

The government had recently increased the wages of public sector workers, only to see them eaten up by steep price increases. First it was diesel, now medicine, with many more daily staples on the way. Stories about the disappeared or kidnapped abound – nearly everyone in the city knows someone who has gone missing. Elias Francis, also from Bab Touma, was on his way to Jordan to get a visa to the US when he was killed at an opposition checkpoint. Francis’ fate would not have been known had his killer – a Libyan fighter – not been arrested using the dead man’s passport to enter Jordan.

Runaway inflation has also become the talk of the town. Shaza tells us that she bought medication for 2,000 Syrian liras (SL) (around $7); the next day it had gone up to SL2,300. The authorities had apparently decided to raise the price of locally produced medicine by up to 40 percent, prompting pharmacists to hide their stock until the law went into effect.

The government had recently increased the wages of public sector workers, only to see them eaten up by steep price increases. First it was diesel, now medicine, with many more daily staples on the way. Syrians are buying only the essentials, merchants in popular markets like al-Hamidiyah complain, reporting that the only places seeing customers these days are those that sell food and drink.

But despite all of this, Bab Touma’s cafes and hair salons remain busy, even without any special occasions to warrant such activity. A singer at a restaurant tells this Lebanese journalist, “go back and tell them that there is nothing going on in Syria.” As soon as she finished her sentence, a loud explosion is heard nearby, leading both of us to break out in laughter. She returns to the stage to continue singing, without even a pause from the audience.