The Syrian Observer interviewed former political prisoners in Syria; below are their true stories 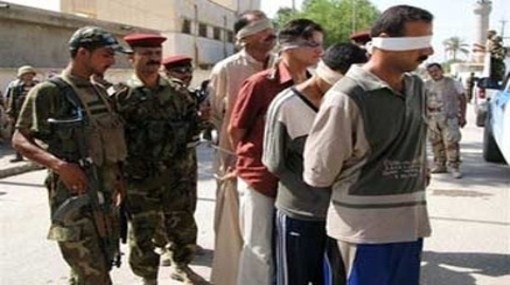 More than two years into the Syrian revolution, Syrians have not yet achieved their main goal of removing the Assad regime from power. Meanwhile, many of the rebels who called for their civil rights have been put in jail. The Assad regime issued many amnesty decrees that included criminals convicted of dangerous crimes, as it kept rebels who were calling for non-violent and civil disobedience in prison. For all of the above, many prisons were turned into forts of freedom that keep freedom inside a can.

All the abusive injustice carried out by the Assad regime is characterized by medieval practices. The Syrian people still remember the two big massacres in Syrian prisons; the first took place in Palmyra prison, executed at the direct orders of Rifaat al-Assad, the brother of Hafez al-Assad, and the second one in Sednaya was executed with direct orders from Maher al-Assad, Bashar’s youngest brother.

During the past 50 years, human rights activists have continuously reminded the world of all the horrible violations that are happening in Syrian prisons, and recently Human Rights Watch brought to light what apparently are the largest findings as evidence bolstering these claims in Raqqa, one of the liberated cities in eastern Syria.

Thus it is no secret that Syrian prisons are listed amongst the worst in the world, modeling themselves after Soviet Union prisons, namely a systematic machine used to torture and hide humans for decades.

We met and spoke over the phone with a number of prisoners and former prisoners who were released recently from the central prison of Homs in this article.

The story of a revolution

According to Mohamad, everything began a day before Ramadan 2012, and what triggered the rebellion was the prisoners’ demand to provide for their immediate needs inside housing unit#4, where 315 inmates were squeezed on 80 beds. Suddenly one of the prisoners shouted out loud the word "freedom", which was enough to spark a revolt. Usually the authorities brutally interfere at once to stop such chaos, but that time no such thing happened, which made the riot expand into destroying the entire unit and smashing its doors. Mohamad adds that after the prisoners of housing unit#4 escaped, they discovered that the freedom fever had spread to reach unit#5 as well as the basement cellars which contained 1,000 prisoners. That led everyone to the main prison courtyard, where they tore all the posters and pictures of the two presidents Bashar and Hafez al-Assad.

After many desperate attempts by the officers to defuse the situation, it was the prison warden who, after being attacked by the prisoners, ordered to shoot tear gas inside the prison, and to empty the prison of any authority figures, and that is when the prison of Homs was declared free for the first time. The regime could not stand such a mess so the authorities started to practice mass punishment on all prisoners, leaving the prison without food, water or electricity for six days, which led to the death of a number of prisoners. Afterwards many figures from Homs successfully intervened to stop the rebellion. The prisoners came to an agreement with the prisoner warden while watching blacksmiths and locksmiths shut the prison doors again in the face of freedom.

It did not take too long before the situation exploded again, but this time prisoners were ready and armed with "homemade" weapons and the police escaped immediately. The direct cause of this insurgency was the insults faced by a prisoner’s wife during one of the visits to her husband. The first rebellion scenario was repeated, with the intervention of the dignitaries of Homs, so things returned to normal.

Finally freedom in a prison

At the beginning of this year, the prison was completely freed. Thus the prison was left without any representation of the government authority inside and all dorms and cells were opened; it became free from the inside and under siege from the outside.

Mobile phone devices were not hidden any more, and Internet connectivity was introduced to the prison with third generation devices. Prisoners started doing group prayers freely in the prison yard, and beds were created out of nothing, to contain the large number of prisoners that had spent more than two years sharing beds. Prisoners were in control of the prison radio and started transmitting songs by connecting their mobile devices, listening to songs by Sheikh Imam, Marcel Khalifa, Umm Kulthum and Fairuz, and the "Holy Quran" in the early morning, as well as Al-Qashoush. Due to problems acquiring satellite receivers in the prison, the only two channels received are al-Manar television of Hezbollah and al-Dunia channel. Prisoners wait to watch and hear news every evening while insulting the newscaster, trying to discern what is right and what is wrong.This is followed by what can be downloaded from video clips via mobile phones and broadcast through the prison TV; the most watched program was "Opposite Direction", which prisoners enjoyed watching as they insulted the guests of the program as well as its presenter.

Mohamad describes one the most powerful moments he witnessed inside the prison: when they retrieved political prisoners from their forgotten basements. He describes many horrible cases of people who spent more than 30 years knowing nothing about the outside, including one prisoner who did not know that Hafez al-Assad was dead and another one who was very sick and about to die.

Civil society acts inside the prison

The rebel prisoners were faced with many problems after liberating the prison, because all of the cells were opened; political prisoners got mixed with convicted criminals, and juveniles mingled with mature. One of the most powerful controversies was when the women's prison was unlocked. Many male criminals who were convicted of rape and murder were ready to commit mass rape crimes against those women; surprisingly, Mohamad says, those who stood up to defend those women were political, long-term serving convicts, who through negotiations with the police helped move those women to a secure facility.

Mohamad was filled with a lot of stories of companionship. Once, for example, the male prisoners knew that three female prisoners had been taken to a secret intelligence center to be investigated. Knowing the brutality of such centers, the prisoners kidnapped a policeman from outside the prison and threatened to kill him if those women were not returned safely in 24 hours. The prison authorities submitted to the demands and brought the women back after overcoming dangerous obstacles, so as a gesture of gratitude the prisoners freed the policeman and sent him back with a pot of cooked green beans.

Numerous signs of a civil community were visible inside the prison, Mohamad says; this included the election of many committees such as a communication committee on behalf of both sides, as well as an internal justice committee.

But the most promising gesture of them all was the "What are you Afraid of" committee, which represented the seeds of a civil community that aims to save helpless victims who were enslaved and brutally abused by convicts. When this movement first started, it resulted in two children approaching the committee members without fear and asking for help. It is right to mention that after a phone call from inside the prison during our interview, up to this moment the number of children helped by this committee has reached 40.

There was another movement under the title “Feed the Poor”; people who worked in this committee offered cooked meals for prisoners who have no one outside to support them financially.

The prison is in danger

As the struggle persists in Homs, it is not only the civilians who are in danger; the central prison of Homs is struggling as well, hoping that the history of the last two massacres against prisoners will not be repeated.