For decades, Syria was known as the county north of Israel or beside Lebanon. This reputation persisted, in part, because of Syria’s political role during the 40 years under the regime of Hafez al-Assad. Assad deliberately kept a low profile as a world player, but pulled all the strings, tying them to his family,his party, […] 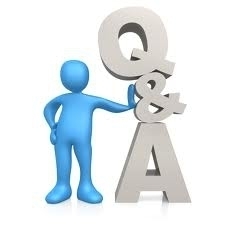 For decades, Syria was known as the county north of Israel or beside Lebanon. This reputation persisted, in part, because of Syria’s political role during the 40 years under the regime of Hafez al-Assad. Assad deliberately kept a low profile as a world player, but pulled all the strings, tying them to his family,his party, and of course, his intelligence apparatus.So the successive foreign ministers and ministersof tourism and culture never exerted any effort over the years to make Syria more visible on the world map. In the 90's, many people would joke about Syria, “Why do they have a foreign minster while Rafik Hariri is doing the the job?” That was when Syria and Hariri were on their political honeymoon.

So after being invisible, yet effective, on the world scene for so long, the Syrian revolution exploded and Syria became the number one headline on the news. The attention makes people frown as soon as they knew you are Syrian.You are exposed to a shelling of repeated questions about Syrian history and about what is going on now. Those questions come not only from people from the west, because a lot of people –even those from the Arab countries—know so little about Syria. So here are some of the Frequently Asked Questions (FAQs) that Syrians have faced in the past three years.

Why is America Syria's Enemy?

The demonic image that consecutive American governments and the Syrian regime have exchanged throughout the years does not clarify the complicated relationship between the two countries.Syria did not interfere once with the interests of the United States of America.On the contrary,Hafez al Assad played an important role cooling things down duringthe Iran-Iraq War byopening up lines of communication between the Arab Gulf states and Iran. He also played a key role in the Second Gulf War, standing side-by-side with the Americans in their war against Iraq.

Even though his son, Bashar al-Assad, did not follow suit by going to war alongside the Americans in Iraq in 2003, he did declare a war on terrorin 2001. Before that, as he said in his last interview on “al-Mayadeen” TV channel, Bashar opened up his interrogation basements and prisons to those designated by the use as terrorist suspects for the extraction of valuable information with tools of torture that Americans themselves claim that they cannot use, even in Guantanamo Bay. Obviously, it is no longer a secret that the Syrian forces went into Lebanon with the USA’s blessings, in order to maintain the balance of power among groups fighting on Lebanese soil.

Indeed, the Syrian regime has rushed to prevent any moves against U.S. interests over the years, and it always made verbal and written apologies for any events that may affect American policies, even for popular movements that surfaced every now and then against American policies. Such events included the bombing of the U.S pavilion in the annual Damascus fair in 1974, and the Islamist and leftist activist movements that took place in the 80's, until we reached the demonstrations at the U.S. Embassy against the American intervention in Iraq, for which the Syrian government compensated for all the damage.

Even though the Syrian regime supporters brag about Hafez Al-Assad having never stepped foot on American soil and never having visited the White House, he constantly sent his best advisors and top-notch ambassadors to the US.

That makes the American position on the Syrian conflict nowadays very clear to Syrians.

Statistically speaking, the number of mosques built in the era of Assad–both father and son—outweigh the number of all the cultural centers, cinemas, theaters, and even hospitals that were built during their rule.

And while Hafez al-Assad jailed many members of the political Islam movements, he supported many other Islamic movements, starting with the "Abunnour Mosque" led by the Grand Mufti Ahmad Kuftaro. He also clearly and explicitly supported some Salafi and Jihadist groups in many neighboring countries, whichgoes beyond support for the famous al-Qubaysiyat women's group. And while many parts of Syria did not have Islamic books in the educational system before the Assad era, Hafez made sure that all schools had religious education.

Later on, it came as no surprise for Syrians that the three leaders of the largest militarized Islamic forces in the Syrian revolution are graduates of Assad's prisons and were freed a month before the militarization of the Syrian revolution. The funny part is that Zahran Aloush, one of those leaders, participated in the 80's in launching "The Assad" Quran instruction institutes.

Is the Assad Regime Based on Sectarian Foundations?

Publicly, the Syrian regime is secular, despite its support for many Islamic movements. And publicly, the regime does not distribute posts in the government or military administrations on a sectarian basis. However, the Syrian regime has a secret magic recipe whosebasis issectarianism—while appearingto be secular—and based on a balance of nationalities, ethnicities, and sects. This recipe satisfies the public while keeping the power in the hands of a handful of the closest associates of the regime, who manipulate the economy, regardless of their different sectarian back grounds.

That is why portraying the revolution as a sectarian one was the first priority to the regime.

These are a few of the many questions posed to Syrians in the past three years, and it is notable that no FAQ can be answered easily. Because the regime’s paws are lodged deeply inside Syria’s body, into every joint of the community and the country, you will not find a definitively positive or negative answer. To better understandSyria,you should dig into the more than 50 years of the Assad regime’s control of the country and all its resources.