3,000 were a result of illicit, or unamrried relationships and nearly 4,000 cases because of progress in age 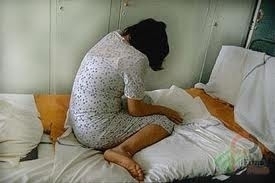 Umm Ahmed was more than surprised when the doctor told her she was pregnant in her third month.

Despite being over forty, she was aware that society will not have mercy on her, particularly after she was already the grandmother of five grandchildren.

"I decided to get rid of the fetus, with this in mind I decided to have an abortion to avoid the scourge of society and conversations scattered here and there," she said.

Umm Ahmed said she was aware of the injustice to a fetus that God's will created, but did not want to be the victim of a society that does not understand that pregnancy at this age is not a mistake but a natural result of any woman may become pregnant at this age.

The story of Salma doesn’t differ much from the story of Umm Ahmed. She could not find a solution except abortion to get rid of her child after an illicit relationship with a young man who promised her marriage and because she feared from inevitable death under the pretext of maintaining honor. She aborted and the doctor maintained the secret .

Salma said: I tried to convince the young man to marry me to keep my honor and avoid the inevitable murder, but the young man's response was that "he will not marry a girl who already sold herself and it is possible that she will sell herself again," she said.

Salma lives a difficult life as a result of the experience, and she lost confidence in each young man trying to get close to her, especially as she is still young, at twenty.

Salma summarized her story, saying she knew a young man studying at the university with her, and, after a relationship that lasted more than six months and a promise of marriage, he was ready to get introduced to her family for this purpose. Salma considered it a trick of him in order to lead her to the illicit relationship, and having achieved his objectives, he abandoned her and when she told him about the child, he denied his relationship with her .

Salma said she thinks of suicide, as she thinks she may find salvation in her death, especially as she belongs to an extremely religious family. Honor cannot be maintained, especially if her family knew she was pregnant as a result an illicit relationship .

Medical Sources revealed that abortions in Syria have reached nearly 15,000 cases a year.Nearly 3,000 were a result of illicit, or unamrried relationships and nearly 4,000 cases because of progress in age, especially women over the age of forty, noting that such women seek abortion as a result of society's perception of them as having reached menopause.

The sources said abortions are the result of a number of other, natural reasons .

The text of the Syrian Penal Code (article 527) says that every woman aborted her child can be punished by imprisonment for six months to three years, confirming (in article 528 of the

same act) that anyone who helps a woman in abortion or attempt to abort would be punished by imprisonment from one to three years.