Prior to the crisis, the small village had a population of less than 2000. Most of them left, but the number remained the same 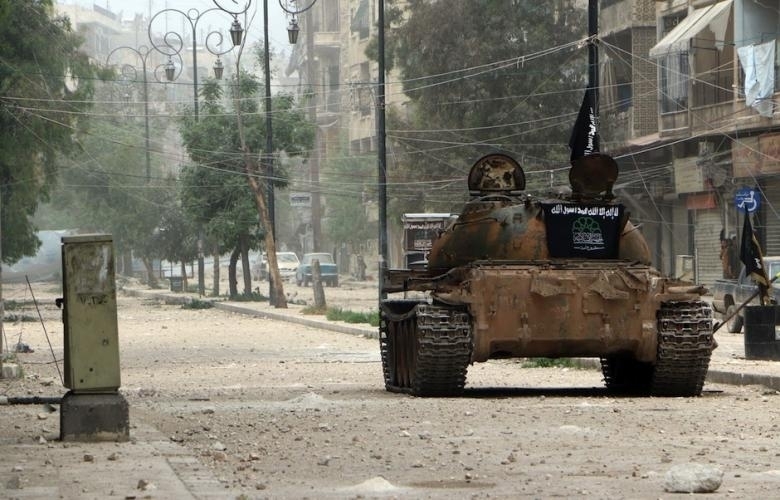 The village of Deir Foul is the last remaining gathering of Syrians of Dagestani descent. Prior to the crisis, the small village had a population of less than 2000. Most of them left, but the number remained the same. They were replaced by refugees from nearby villages and Homs. Today, the village has fallen under the control of the Islamic State of Iraq and Syria (ISIS) and their brutal policies.

The village's strategic location seems have turned into a curse for its residents. For decades, they have been living around the villages of Malta, Khafiya, Jissin, and Aidoun, east of Homs, and al-Naem, Douaier, and Khirkhir, west of the city, in addition to Deir Shmayel in al-Ghab plains and Deir Foul in Talbiseh. The eight villages had been cleared of their Dagestani residents years ago. Most of them fled to the big cities and some moved to Deir Foul, which they called Syria's Dagestan. Since 1886, it had been populated by Dagestanis, a people from the northern Caucasus, and according to their descendants, they settled there on their way to Mecca with the permission of the Ottoman sultan. Others call it Syria's Caucasus, due to intermarriage between its families and families from nearby Circassian villages.

The village's strategic location seems have turned into a curse for its residents. It is 10 kilometers away from al-Rastan and close to Talbiseh, al-Zaafarana, and al-Saan in the Homs countryside and Silmieh in the Hama countryside. After losing most of its influence in Homs, ISIS used this as an excuse to take over the village. Its strategic location is also the reason behind al-Nusra Front and the Islamic Front's diehard attempts to regain the territory from ISIS.

Getting to the village is not easy, but not impossible. Coordinating with the residents is indispensable, but it has to be with one of the refugees and not an original inhabitant. This makes it easier to claim kinship to a host with a good revolutionary reputation who regularly attends congregational prayers, which makes it more difficult to accuse him of lying.

As a precaution, it is also good to have a solid story for staying in the village such as "fleeing the infidel Alawite regime," or "yearning for a life under an Islamic state." Try to remember Quranic verses and the Prophet's traditions as much as you can. Make sure you smell of mastic and not tobacco. To be more careful, look up information about the new jihadists. Listen to the latest declarations of [ISIS official spokesperson] Abu Mohammed al-Adnani and head to the village "under God's protection." However, none of the aforementioned precautions will mean anything if one breaks one of ISIS’ rules, such as remaining in the street after the call for prayer. To avoid committing such a crime, do exactly as your host says.

The detailed information provided by Ahmed (a pseudonym) on the situation of the village ensured that I was not shocked by the scenes reminiscent of historical TV series. When it is prayer time, the (few) shops close and everyone rushes to the mosque behind ISIS fighters who bring their weapons inside. It is easy to notice the explosive belts some are wearing, which are not hidden and sometimes even flaunted. I feel we are being carefully watched. But Ahmed's earlier warnings prevent me from turning around to verify this feeling. "Keep looking in front of you. It's better to look down when walking. They are strict about the rule of averting one's gaze." This piece of golden advice echoed in my mind all the way to the mosque, and even though the distance was short it felt endless.

We leave the mosque directly after prayers. It is time to go to Ahmed's home to talk over a cup of tea, away from the gaze of ISIS. Ahmed reminisces about arriving to this forgotten village after being displaced from Homs. He speaks about the demonstrations where they said whatever they wanted and which "were not safe from the bullets coming from the checkpoint set up by the shabbiha at the village entrance at the time, in addition to some security raids."

By the end of 2012, the village saw a turning point. Gunmen from al-Farouq Brigade attacked the nearby headquarters of the air defense battalion and took over the village. "Since then, warplanes began launching repeated air raids," Ahmed explains. The village suffered repeated power and communications outages and scarcity of food items like in many Syrian regions.

However, the most dangerous turning point was four months ago, when ISIS fighters took control of the village. "They treated us well at first," he says. "Then, bit by bit, they started to subdue us, under the pretext of Islamic law."

Rule by the sword

Then, bit by bit, they started to subdue us, under the pretext of Islamic law."The time to err is over. By God, we will enforce the rule of Sharia even if by the sword." This sentence, from a fiery speech by an ISIS commander in the village, stuck in the minds of the residents. ISIS had declared their right to be imams and only their sheikhs were allowed to give sermons. The edicts came one by one: "flogging for anyone who missed prayers," "flogging any girl over 12 if she does not wear the niqab, shows any adornment, or is seen walking without a mahram."

Ahmed recalls that the second decree was later amended after a particular incident. "They were about to flog a female school teacher, claiming she smelled of perfume," he says. "But the men of the villages gathered in the square and declared that this will only happen over their dead bodies." The ruling was cancelled and an ISIS sheikh later changed the fatwa to say, "flogging the father of any unmarried woman not wearing a niqab, shows any adornment, or is seen walking without a mahram." In case she is married, this will apply to her husband.

Most of the residents abided by the ISIS fatwas and there was only one case of a sentence being carried out. An 11-year-old boy was given 20 lashes after he was heard "swearing during a football game."

Deir Foul caught in the midst of rival militias

The battle between rival jihadist militias ultimately reached Deir Foul. Al-Nusra Front and the Islamic Front sent a strong warning to the ISIS fighters, giving them a choice between "retreating peacefully" from the village or "leaving as lifeless bodies." Naturally, the ISIS fighters refused to leave. This was followed by several attempts by the two groups to seize the village and several battles between the jihadis.

We hear the sound of intermittent bullets. Ahmed says "there is nothing to worry about." It is a daily occurrence and a mere reminder of the gunmen's presence. "The past two days were relatively calm. But there were fierce battles before that. Two mortar shells fell in the village square and one civilian was martyred," he adds.

I expressed my surprise about the inconsistency of information given by search engines about attacks on the village and the limited damage I saw. Had the news been true, the small village should have been completely destroyed. My host refused to go for a walk around Deir Foul, as this might raise suspicion. But he took us to visit someone he knows who is originally from the village.

Mohammed (also a pseudonym) greets us with the accustomed rural generosity and repeats some of the stories heard from Ahmed. "Yes. My roots go back to Dagestan. But I am Syrian," he explains. "Those strangers ruined our lives." He talks about what they did in the nearby villages of Ezzeddine and Abu Humama, mostly composed of Circassian Syrians. "They blew up the shrine of the Prophet's companion Sheikh Abu Umama al-Bahili, whom the village is named after. They also blew up the shrine of Sheikh Ezzeddine Abu Jarra in the village carrying his name. The excuse was the same: Shrines are a novelty. They should be destroyed because people worship them," he continues. "What kind of Islam is this?"

There is no need to answer the question. We spend the remaining time talking about the old days and making painful comparisons between Syria of yesterday and today’s Syria, while I wait for the green light to leave Syria's Dagestan in the same covert manner I got in.