A jihadi source linked to the organization explained: “The journey of jihad taught us not to easily trust people outside our denomination, no matter how much they claim to support the jihad 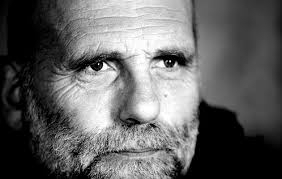 Father Paolo Dall’Oglio has sparked controversy since the beginning of the Syrian crisis. He declared his support for the revolution, visited al-Qusayr rebels and went to the city of Raqqa via Turkey where he disappeared. Since then, rumors have emerged that he was kidnapped and killed by the Islamic State in Iraq and Syria.

Since he disappeared on July 29, 2013, many people have waded into the story of the 59-year-old Jesuit priest Paolo Dall’Oglio. There has been a lot of talk and different stories told about this case but very few facts are known. In what follows, Al-Akhbar publishes information about the fate of the Italian priest and developments in his case.

Information indicates that the Islamic State in Iraq and Syria (ISIS) viewed the priest with suspicion from the moment he entered al-Raqqa province, which had not fallen under ISIS’ control yet. A jihadi source linked to the organization explained: “The journey of jihad taught us not to easily trust people outside our denomination, no matter how much they claim to support the jihad. Lying and treachery are basic traits among those people.” Therefore, suspicion hovered around the priest, especially when he insisted on meeting the leaders of ISIS.

Father Paolo’s position towards the Syrian authorities, who had declared him persona non grata “because he overstepped the boundaries of his church mission”, did not intercede on his behalf. The source said that “all of that was suspicious. Some friendly Muslim parties informed us at the time that the Alawite intelligence did this to pave the way to plant the Christian within the ranks of the mujahideen brothers.”

“In Syria, we describe this tactic as a merchant’s ploy, meant to exert pressure to get a larger figure.” “It became evident later on that the Christian has a track record of dealing with infidel intelligence agencies,” he added.

There are no precise details about the reasons for his detention. What is certain is that Father Paolo went to ISIS himself after he entered the Syrian territories – which he had been expelled from – through Turkey. He headed to the city of Raqqa where he went around and met a number of rebels and activists based on a prearranged program. The program included meeting ISIS leaders for several reasons, including mediating to release two French journalists detained by the organization. But the reasons had nothing to do with the case of the two kidnapped bishops Yohanna Ibrahim and Boulos Yazigi.

The truth behind the ‘execution’ of Father Paolo

After detaining him for a while and interrogating him several times, ISIS leaders decided to respond to attempts by certain parties wishing to negotiate for the release of the priest. The demands of the organization at the time revolved around “a huge and unprecedented ransom,” according to a Syrian opposition source who was informed of the course the negotiations were taking. The negotiating party told ISIS that “the amount they asked for is astronomical” and asked that “a logical figure be given to demonstrate the organization’s seriousness.” The response came in the form of leaking false news that “ISIS executed Father Paolo two hours after detaining him.”

The opposition source said: “Perhaps they wanted to say at the time, this is the seriousness we master.” He added: “In Syria, we describe this tactic as a merchant’s ploy, meant to exert pressure to get a larger figure.”

When rumors of his killing spread, ISIS leaked reassurances through private channels that the priest is still alive and that “the offer is still on the table as long as they do not insult the organization by accusing it of not being serious.” The two sides agreed to continue negotiations away from media pressure so no one denied the rumor.

Negotiations were renewed lately and the Italian government has joined these negotiations directly. But another obstacle emerged, namely, ISIS’ insistence on “handing the priest over to the Syrian regime exclusively and not to the opposition” based on a “religious edict issued by ISIS’ religious scholars” stipulating that “dealing with Alawites when necessary is better than dealing with an apostate.” Dealing with apostates is “absolutely and categorically prohibited.” Since all the factions of the Syrian opposition are apostates, “except those loyal to ISIS,” it would be impossible to hand the priest over to them.

The negotiators were once again disappointed. They tried to convince ISIS to bypass this condition because “the regime is unlikely to be interested in getting the priest. Besides, the party that is paying the ransom insists that the priest be handed over to its authorities or to one of its allies.” ISIS refused and the negotiations once again stalled.

Information obtained by Al-Akhbar confirms that Father Paolo is still alive and being held by ISIS. He was transferred a long time ago to Raqqa’s northern countryside, specifically to the Tal Abyad area near the Turkish border. Negotiations were renewed lately and the Italian government has joined these negotiations directly. Information also indicates that an Italian delegation visited the area about a month ago, met Father Paolo and sat with him for two hours. The delegation also held discussions with the kidnappers and several options were put on the table including releasing the priest as part of a deal that includes bishops Ibrahim and Yazigi. The possibility of releasing him alone without media coverage as happened with a number of journalists was dismissed.

Paolo Dall’Oglio was born in Rome. His father had held important political positions in the Christian Democratic Party, but the son joined the Italian Socialist Party in his youth. He began his clerical life with the Jesuit Order. He studied Philosophy at the University of Naples. In the early 1980s, he went to Damascus to study Arabic and registered in the Faculty of Sharia at the University of Damascus as an auditor. In 1982, he went to the monastery of Saint Moses the Abyssinian situated 80 km (50 mi) north of Damascus which was abandoned at the time. Father Paolo played a key role in renovating the monastery starting in 1984. In 1989, he obtained a PhD degree from the Pontifical Gregorian University where he wrote his doctoral dissertation on the “Concept of Hope in Islam".

In 2010, he issued a statement in which he denied connection to the Abrahamic Path after the Syrian authorities considered him “a Jewish pilgrim deeply involved in the conflict with Israel.”

During the Syrian crisis, the Italian priest sparked controversy on a number of occasions because of the positions he took in support of the revolution. For example, when he visited the city of Qusayr in the Homs countryside, and again when he visited Raqqa where he disappeared after officially leaving Syria upon being declared “persona non grata for overstepping the boundaries of his church mission,” and finally when Gregory III Laham, Patriarch of the Melkite Greek Catholic Church, terminated his services.