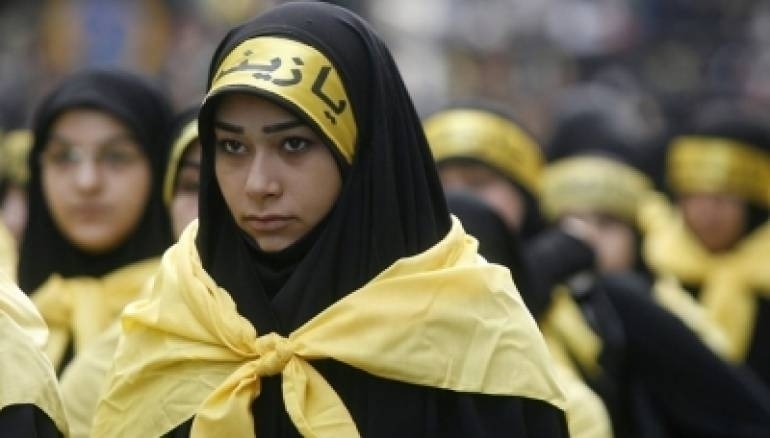 Syria has witnessed a major infiltration by Iran in recent years, especially following the increase in mostly-Shia Iraqi refugees beginning in 2003. It has been Iran’s policy to spread Shiism throughout Syria by sending people from Iraq, and through Syrian Shiites who sympathize with Iran or have a connection to the offices Iran has established to spread Shiism. This policy has been carried out by Iranian advisors in Damascus, in coordination with high officials in the Syrian regime and the estate of Sayyida Zeinab, which is considered the launching point for Shiitization in Syria… The Syrian regime has adopted a central role in this plan with its domestic political goals. It also has its reasons to desire Iranian influence and power in the region, and to support Iran’s presence outside of Syria as well, because the regime felt directly threatened by the occupation of Iraq and the ambitions of the United States of America, which did not end at Iraq.

On this basis, the Syrian regime has turned a blind eye to Iran’s sectarian policy within its territory. Moreover, it has appointed men who specialize in aiding the spread of Shiitization. Most were favored religious figures, or Shia who had authority in or links to the areas subject to this Shiitization campaign.

The Town of Sayyida Zeinab… The Gate of Shiitization

The town of Sayyida Zeinab, which lies several kilometers to the south of the capital Damascus, holds one of the most important Shia pilgrimage sites: the shrine of Sayyida Zeinab. At this site, there are lectures that call for Shiitization, as well as celebrations and religious rituals in which Shia proselytizing publications are distributed. This area is considered one of the important places to which Shia visitors are sent from all countries, especially Iran. An important study, published in 2009 by Professor Khaled Sindawi and translated by Dr. Hamd al-‘Issa as part of the project “Current Trends in Islamist Ideology,” which is affiliated with an American NGO, indicated that the number of Iranian pilgrims increased greatly: from 27,000 in 1987 to 290,000 in 2003. Iranian influence has widened following this increase in visitors.

Likewise, in the center of the capital Damascus, there is the Sayyida Raqiyyah shrine. This is an outpost of the Shia advance from the countryside, and it is the location of pilgrimage, visits, the gathering of daily crowds for prayers, conferences, and weekly lessons by famous Shia figures. This is all overseen by the Imam of the Nabil al-Halbawi Mosque, who is one of the most important Shia figures in Syria.

The Iranians, with the help of the Syrian regime, have also begun buying the land surrounding the Sayyida Zeinab shrine from its original owners. They have also bought communal property and property under the control of the Syrian government. These purchases are made with large sums that are many times higher than these properties’ actual value. Subsequently, Iranians and the Syrian regime began granting these properties, houses, and shops to Iraqi, Syrian, and Iranian Shia for nominal prices. They have done this to enlarge and support the Shia presence by changing the demographics of the area and emptying it of its original inhabitants. Between 2001 and 2006, 13 Shia acquisitions were made, and three Shia colleges for religious teaching were established. Previously, the Iranian embassy gained control over the majority of the land behind its compound. Its property reaches from Razi gardens to the suburbs of Darya, which Iran’s arm has reached with the tomb of one of the members of the Prophet’s family. There has been construction activity around this tomb, which has expanded to become a pilgrimage site for thousands of pilgrims. Likewise, a Husseiniyyah [a Shia religious site, pl. Husseiniyyat], institutes, and markets for Iranian residents and visitors have been established. This plan, like the rest of the Iranian-supported plans in the area, includes holy pilgrimage sites.

Moreover, in Adra and Tal in Rif Dimashq, the offices of the Iranian embassy have provided funds for these areas’ inhabitants in the name of religion. It has established Husseiniyyat and pilgrimage sites at false tombs, which they claim belong to the family of the Prophet. A large proportion of the people of these two areas have been Shiitized through material inducements.

A study, performed by researchers in the field of sociology and political sociology who are activists in “civil society” movements and civil statistics centers, documented Shiitization in Syria over the past 20 years, and especially after 2006, which is the most important period of this phenomenon’s expansion. The journalist Nazar Niyouf performed this study, called “The Shiite Turn in Syria,” with the help of researchers. This study was published in 2009 in an issue of “Current Trends in Islamic Ideology,” Vol. 8, published by the Hudson Institute’s Center for Islam, Democracy, and the Future of the Islamic World.”

Following the systematic expulsion of the population of Rif Dimashq in the areas that have seen violent fighting, the regime has resorted to granting Syrian nationality to Iraqi, Lebanese, and Iranian Shia who live in these areas. These people are mostly fighters who came through Iraq or Lebanon under various auspices to aid the regime. Reports have indicated that 740 people have been granted Syrian nationality since 2006. Some estimate that the number has increased dramatically since the outbreak of the Syrian revolution and the deployment of Shia fighters to the Syrian interior.

Reports from the UNHCR indicate that since 2007, the number of Iraqis in Syria has grown to over 1.2 million, most of whom are Shia. This confirms that following the outbreak of the war in Syria, the regime aims to satisfy the rest of the Iraqis by granting Syrian nationality in exchange for their loyalty. This is what has really happened after many Iraqi Shia activists, who now live in the houses of people who fled the Damascus countryside, received their papers. The regime has also burned centers for the registration of property and estate registration buildings in this area.

Iran is the main beneficiary of the naturalization of non-Syrians and their integration into Syrian society as though they were citizens. These individuals now carry Syrian nationality and enjoy all of their rights like any Syrian citizen. Iran supports this expansionist plan, which begins in Iraq and Syria but extends to the entire region. The second beneficiary is the regime, which aims to grant Syrian nationality to Shia from Lebanon, Iraq, and Iran, in order to shift Syria’s demographics in its favor should negotiations begin to remove foreign fighters from Syria. If these fighters are granted nationality, they will be able to remain in Syria and on the regime’s side. Moreover, if the regime was forced to withdraw to a certain region in Syria (meaning the establishment of an Alawite state), a larger proportion of Shia would ease the process of changing the country’s demography and dividing it into multiple statelets. The regime is taking this plan into consideration.