She doesn’t own her soul: she has a family that she left behind when she came to Beirut with her children a year ago 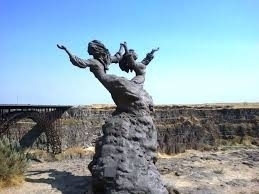 She is 27. Her features are sharp and clear. Her eyes flutter sweetly. There is a delicate grief behind her familiar and warm looks, a grief that is deep but temporary, as if she is aware of it and holds it in her hazel eyes, keeping it from flowing into her soul. When she speaks, she enunciates slight and thoughtful doses, and her smile soon makes her words disappear.

She tells her story as someone would tell a story about a flock of clouds passing through the sky one morning. Words fall from her mouth simply. She seems not to know how they will affect the listener who sits on his chair, trying to close his ears, afraid of what will happen in the next chapter of the story. The listener closes his eyes to escape, as if watching a horror movie, while she tells her story calmly and slowly, as if she were reading a story to her child. She is not part of the story she tells – her distance is an attempt to keep her soul from falling apart. She doesn’t have that luxury: she has a 5-year-old boy and a 3-year-old girl, and there is no time for devastation, meditation or sorrow. Depression is a luxury, too. She doesn’t own her soul: she has a family that she left behind when she came to Beirut with her children a year ago.

She ties up her long black hair. She stopped wearing her hijab when she arrived in Beirut. She says that her parents know this. They have relatives living in a village in Lattakia – when they visit her parents in the summer, her mother never wears a hijab, and her father doesn’t mind.

She is from Sarmin, in the Idleb countryside. The names of places are no longer ordinary details as they were before the outbreak of the revolution in March 2011. This little name, with its few letters that indicate one’s birthplace, has become nothing but a memory for a whole generation of Syrians. Being from Tartous or Lattakia is completely different from being from Sarmin or Bennesh, Kafr Nubbul or Sanamen, Baba Amro or Muhasan, Minbij or Kafr Zeta. She is from Sarmin, and lived with her husband in Idleb the city for seven years. These little bits of information is enough for her, she doesn’t feel a need to explain more. "I am from Sarmin, and I lived in Idleb with my husband. I had my two children there. I came to Beirut a year ago. I work in an office that provides home services. I spend my days moving from house to house in Ashrafieh neighborhood, cleaning and cooking". The only houses she knows in Beirut are the ones she visits to clean. She also knows the room she lives in in Burj al-Barajneh camp. She leaves her children there during the day. She certainly worries about them – she is a mother, after all – but fear is a luxury she doesn't have. She leaves them food every morning and returns in the evening. She finds shelter in them, and they find shelter in her. She is their daughter during the day, but at night she becomes their mother. She says that they are used to being alone, and that they can manage it well. She might say this to comfort herself – she knows well how to comfort herself, because weariness doesn’t suit a woman who lives alone with two children in a remote and dreary room.

Her son is no longer a child. His moustache came in when he was three, on that morning three long years ago, when he stood at the edge of a deep pit and bent his head to see his father lying there. He tells his mother he will study ophthalmology to heal his father's eyes. His last image of his father is dirt covering those eyes. He will become an ophthalmologist to heal the eyes that died when a man from the security services hit his father's head with an iron cudgel during a peaceful demonstration in Idleb in the first months of the revolution. There was no wound or blood: the strike caused internal bleeding, which led to his death. The child then says that he will become a policeman to avenge his father. She rebukes him because she abhors hatred and revenge, and hopelessly tries to remove that last image from his memory. She doesn’t know whether she would be able to avenge her husband if she happened to meet his killer some day. Tears fill her eyes when she recalls their last farewell. She thinks that she cannot avenge him, though she told him "I swear by your life, I will seek your killer just as you sought the killer of your father.” Her husband’s father was killed while his mother was pregnant, in the 1980s. She doesn’t know why he was killed, or anything else about the massacre. There, in Sarmin, people don’t talk about the massacre in Hama or tell its story to their children. It is as if never happened. The Hama massacre is the ultimate fear. She swore that she will find his killer, but she cannot. She says that she hates injustice just as much as she abhors hatred.

She has a family: a father, a mother, three brothers and two sisters, a husband and two children. A few months after her husband’s death, she received the news of the death of her elder brother who joined the Free Syrian Army, then the death of her middle brother, who defected from the regime's army. Days or weeks afterwards – she doesn’t know exactly, since dates are no longer vivid in her mind – on first day of Eid al-Fitr, her sister's husband left the house and never came back. Nineteen days later, a relative called to tell them his body was found in a well. She says simply – like someone would talk about clouds passing in the sky one morning – that they couldn’t identify him. His body was distended and worms were coming out of his eyes. The eyes, the last witness on the history of the body, are filled with dirt, or worms. Who said that worms only eat eyes underground? Once upon a time in Sarmin, worms ate eyes above ground. Her sister, who was in her seventh month of pregnancy, was around 18 years old. Six months ago, she decided to join her sister in Beirut, but her husband's relatives are regime loyalists and collaborators with the shabeeha.

Her sister didn’t record the death of her husband officially, because death has become a source of suspicion that haunts the family of the dead. Her husband's relatives learned that she had decided to move to Beirut, so they informed the Military Intelligence branch in Tartous, which controls the al-Arida border crossing with Lebanon. They caught her on the border, called her family, and asked them to come to the branch to take the children. They detained and tortured her until she confessed that her family is affiliated with the "armed terrorist groups.”

They tortured her to death, and called her family again to tell them that their daughter died. They did not deliver her body. Her parents maintained the image of their daughter healthy, with a full body, without amputations, with a soft skin that is free of scars or traces of burning or rape. In their memory, she died without bruises or infected wounds. But their wound will remain open, hard to be healed. She says her family escaped Sarmin after it was bombarded by regime aircraft, and took shelter with other families in a school in a nearby village. Warplanes have eyes that neither dirt nor worms can eat. The school was bombarded and many died, but her family survived. "They now live in the wilderness", she said it as if the "wilderness" is a place that has walls and ceiling. She said it with satisfaction, comfort, and reassurance.

She has a family. She had a mother, a father, three brothers and two sisters, a husband, and two children. She still has a mother, a father, a sister, a brother and two children. She still smiles. She leaves her children alone every morning, and when she comes back in the evening, they are waiting for her. Their small bodies miss her bosom. They are afraid she may not come back one day. Her son fears that he will aspire to something more than being a policeman or ophthalmologist. Every morning, he stands at the threshold of the room to tell her, "Come back in the evening… Don't leave us."