The opposition win was also a victory for my husband in his battle against my continued education. “There’s no longer a university in Idlib,” he said, “so where will you go?” 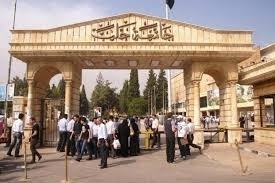 The condition I set for agreeing to marry my fiancé was not that he should have a university degree or own an apartment or a car. In the shadow of the uprising, such things are now just fantasies.

The sole condition was, rather, that I should finish my degree at the education faculty at Aleppo University.

In my town, Kfar Nabel, in the south of Idlib province, the old marriage customs still hold sway – mothers seek out suitable girls for their sons.

When my future fiancé’s mother visited us with that object in mind, she was very pleased with what she found. She came back once more, this time to formally ask for my hand in marriage. But first her son and I had to meet in the presence of our families before we could give our final answer.

When we met, I found him quite attractive.

He had undergraduate and master’s degrees, although both were rendered pointless by the fact that he was wanted by the Syrian government. I was very well aware that he had been one of the first revolutionary activists in Idlib, and that he was among those who took to the streets for the first protest in Kfar Nabel. I’d seen him time and again on TV.

He announced that he was willing to marry me, and I immediately gave my consent.

However, after my father made enquiries and discovered my fiancé was wanted by the regime because of his revolutionary activities, my parents refused to let the marriage go ahead. My father suspected my fiancé would not let me continue at university, while my mother was worried that he would not be able to find a job despite his education, because he was a wanted man.

I took a different position. I told my parents that most of the young men in our town were wanted by the government. If we refused this match, we would seem to be encouraging the idea that no one should marry anyone wanted by the regime.

As for my fiancé’s employment prospects, he worked for one of the coordination offices and earned a higher salary than he would have made with his university degrees.

To further placate my father, I told him that we’d make the marriage conditional on me continuing with my university education.

My fiancé had reservations about me carrying on studying in an area controlled by the regime, but he agreed to it. In fact, he encouraged me to pursue my degree.

So we got married and I moved into my new home.

But a month later, when I had to visit the education faculty at Aleppo University, I had some difficulty getting my husband to agree. He said he was frightened about me going through government checkpoints and quizzed me on how I would behave there. He asked me how they carried out their searches and whether there was any harassment from the soldiers or shabiha (regime paramilitaries) roaming the streets of Aleppo and the university campus.

I calmed his fears by telling him that it was quite easy to get through the checkpoints and that the soldiers treated us with respect.

I knew he wasn’t convinced. I wasn’t telling the truth, either. But in the end I reminded him of the terms I had set for our marriage, and he stopped arguing. He said he would not forbid me from going to Aleppo, although he could take no responsibility for anything that might happen to me there.

Later, when I finished my third year of study, he suggested that I transfer from Aleppo University to Idlib, which was closer to Kfar Nabel. He had a cousin studying there, and that was reassuring for him.

I agreed to the transfer, only to come up against another problem.

The administrative body running rebel-held areas was under the control of Ahrar al-Sham, an Islamist rebel group. Ahrar had issued a decree banning women from travelling to areas under regime control unless they were accompanied by a “mahram”, a male relative.

I had to start fighting on two fronts, first to persuade my husband that I needed to continue with my degree, and second to convince my father to accompany me to Idlib every week.

The first battle, with my husband, was quite easy. His only condition was that I find a mahram because he was unable to accompany me, though he was sure my father wouldn’t agree. “Find yourself a mahram,” he told me, “and I have no issue with you going to university.”

The second one was harder, as although my father saw education as sacred and would do anything to help me pursue mine, he was very afraid of travelling through regime checkpoints. People were often randomly arrested and detained at these checkpoints when they travelled to the city.

Despite that, my father agreed to be my mahram.

That’s how I finished the first term of my senior year. The second term began at the same time as the Battle of Idlib, on March 24, 2015. This was fought by Jaish al-Fatah, a coalition of rebel and Islamist factions. Within five days, regime forces pulled out of Idlib and the opposition took control of the city.

The opposition win was also a victory for my husband in his battle against my continued education.

“There’s no longer a university in Idlib,” he said, “so where will you go?”

He knew very well that I was afraid to go to Aleppo. A number of my fellow female students had been arrested there, including a very close friend from the faculty of medicine.

What next, then? What if they move my university to Latakia or Hama? I wouldn’t go at all.