These new financial empires were not restricted to businessmen with dubious practices for earning money, instead, these fortunes also extended to military figures whose official salary is barely enough to survive for a month 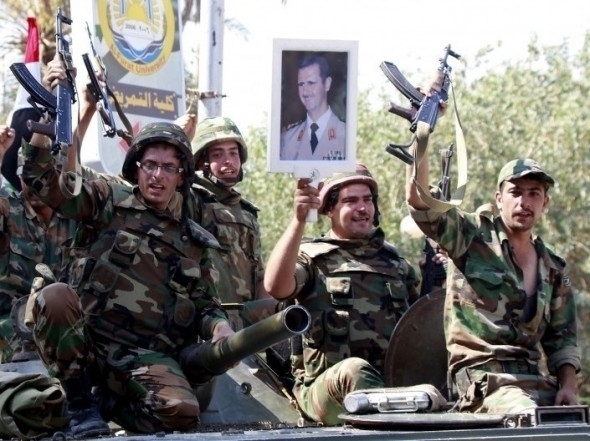 Since the ascension of the Assad dynasty to power nearly 40 years ago, many figures with close ties to the regime have accrued millions of Syrian pounds while others have endured economic hardship, whose conditions were further worsened after the outbreak of the Syrian revolution in March 2011.

Following the revolution, these new financial empires were not restricted to businessmen with dubious practices for earning money, instead, these fortunes also extended to military figures whose official salary is barely enough to survive for a month.

Take for example the wealth of an Air Force Intelligence figure in Assad's regime, Warith Younis, who amassed millions of pounds during the initial years of the revolution. Sources close to the regime confirmed to al-Souria Net that Younis, who died a few months ago, began to buy property in Lattakia and maintain partnerships with a number of traders there, in addition to a series of other business relationships with dealers in Tartous – the largest stronghold of regime supporters in Syria.

A source close to Younis said that the late intelligence official has an estate of “approximately 12 million dollars, in addition to an expensive farm in the town of Qardaha [Assad's hometown] in the countryside of Lattakia.” The same source added that Younis used to cover this enormous wealth by registering his properties to some of his relatives in order to avoid suspicion.

Younis gained his money in several ways by abusing his power, where he was responsible for the security branch in as-Salamiyah city in the eastern part of Hama governorate. Younis expanded his wealth by smuggling goods and livestock to areas besieged by the Assad regime.

The war has given a number of military figures in the regime's army the chance to invest in people's sufferings, making them an important source for personal fundraising. Military checkpoints are considered one of the main sources of finance, as they are routinely used to intimidate people, detain them, or impose royalties on commercial trucks that move goods between the Syrian governorates.

The National Defense Force militia also play a major role in the supervision of military checkpoints, where they have absolute authority to commit various types of violations. The powerful members of the militia have profited greatly from the checkpoints on highways that link Syrian governorates, demanding large sums of money from cargo trucks in exchange for allowing their free passage.

When referring to the empires of money in Syria, we must also note the money close to and backed by the Assad regime. Figures close to the regime have founded their huge financial estates on the basis of exploitation and development monopoly, either through legal or illegal means, imbedded in the cover provided by the regime itself.

Rami Makhlouf, one of the country’s most notoriously wealthy men, controls the most important economic resources in Syria, from telecommunications to real estate companies, through to banks, insurance, free markets, oil and gas companies and other high-profit fields.

It was recently revealed that Rami Makhlouf has had dealings with Israeli figures, while the Makhlouf family estate is reported to have gained 43 million dollars during the period between 1997 to 2007, according to some sources.