Syrian activists accuse the regime militias of these incidents 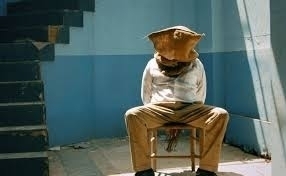 The ghost of kidnapping is again causing horror in the Syrian capital, and again the people there started warning each other of passing through the neighborhoods and certain areas in where these accidents are taking place. These incidents are taking place in the middle of the city and in the countryside areas that are controlled by the regime. For a while, there were almost no incidents where a gang would kidnap someone and extort their families for ransom, but during the last month, there were many reported incidents inside Damascus. Activists accused militias affiliated with the regime of these incidents, but before that, Ali Haidar, the minister of National Reconciliation admitted last month in his interview in "Alwatan" newspaper that there are kidnapping gangs working inside Damascus.

Haidar pointed to the exploitation of the tasks of his ministry, and said, “There is a large number of gangs working inside Damascus, especially in Al Marjeh area. They are using the title of “National Reconciliation” to rob and extort people”. He added: "the ministry had sent many messages to the competent authorities asking them to capture these gangs since the ministry cannot execute such a mission”. Haidar talked about the messages his ministry had sent to the Lawyers Union about “many lawyers who acted as mediators between the kidnappers and the families of the kidnapped people.” He also said, “Sadly, many kidnappers pretend to be members of reconciliation committees”.

On the other hand, Haidar talked about a number of complaints received from citizens implying that “their relatives or children were kidnapped from secure neighborhoods. Investigations revealed that the kidnappers are affiliated with official bodies”. He also reiterated that, “The task of his ministry is to only inform the competent authorities of these incidents, and that it is not responsible of capturing these people”.

About the exploitation of the reconciliation initiatives, Haidar said that his ministry had issued a decision that rejects any initiative unless they are approved by the national security office. He added that “Many people carry forged cards, and that the ministry had not issued any card for any one and had banned these cards fearing they might be forged”. He also said, “Even identity cards are forged in Douma for 500 Syrian Pounds”. The minister accused the opposition in the areas that are not controlled by the regime even though kidnapping is happening inside Damascus, which is full of checkpoints. These many checkpoints could not control this large number of kidnapping incidents that happened in the past few weeks.

According to “Shahed.3ayan” website, which relies on eyewitnesses for its news, “the National Defense militias and other bands supported by intelligence agencies form temporary checkpoints during the day, and in the evening they capture young people and hide them. They later threaten their parents with killing the kidnapped if they do not pay large ransoms within 48 hours”.

The website also quoted people talking about a recent incident that took place in Damascus, where members of a temporary checkpoint kidnapped three people in daylight and took them to an unknown place. None of the other security checkpoints in that area stopped them. Later, the kidnappers negotiated with the parents, and forced them to pay large ransoms. One of the kidnapped people said he had witnessed civilians being killed just because their parents couldn’t afford the ransom.

According to the people of Damascus, two children, 10 and 14 years old, were also kidnapped in Almujtahid neighborhood, and their parents paid large ransoms to get them back. Al-Maysat, Al-Midan and Al-Baramkeh neighborhoods have also witnessed several similar incidents during the past month.

It was kind of striking to hear the Minister of National Reconciliation complaining about the troubles his ministry is facing, especially the official messages they have sent to the competent authorities asking them about detainees, and the useless answers they receive which either say they were transferred to competent courts or that they have no information about them. Omar Ossi, the head of the reconciliation committee in the Parliament has declared to “Alwatan” that “certain parts affiliated with official bodies are robbing people in the name of reconciliation, which causes a kind of mistrust between the citizens and the government. Thus, a single reference should manage all reconciliation tasks in order to organize them”.